What can we learn from the trade marks filed by this year’s Apprentice finalists Camilla and Sian? Chartered Trade Mark Attorney Richard Ferguson investigates. 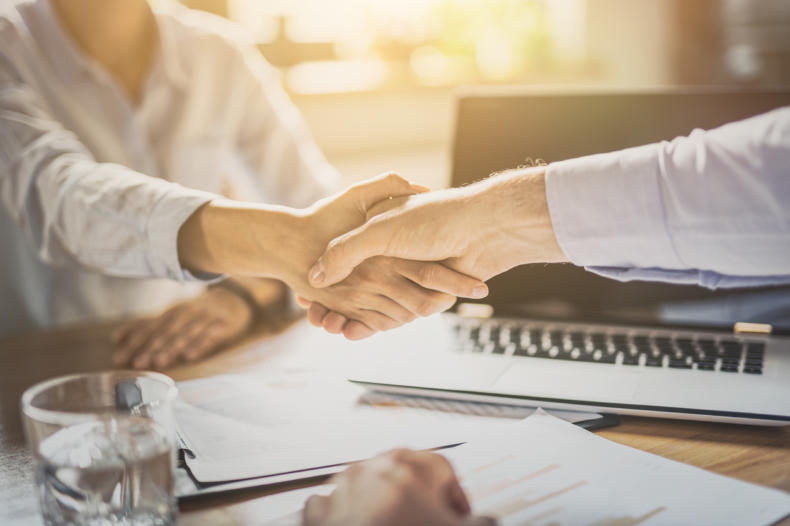 After the yoo-hoos, cross-examination and failed handshakes of the semi-final, fans of The Apprentice were treated to watching the two finalists slog it out, as Camilla’s MLK IT brand took on Sian’s SYO SWIM.

Creating a brand costs nothing and in a crowded market it can prove to be the key competitive differentiator.

Whilst it’s often obvious which brands are ‘sticky’ and resonate with consumers, obtaining intellectual property protection such as trade marks is not always quite so clear.

Fortunately, start-ups and SMEs don’t need an investment of £250k from Lord Sugar to get a foot on the trade mark ladder.

Here, Richard Ferguson from Stobbs IP, looks at what some of The Apprentice 2018 contestants have been up to in the trade mark space:

Sian: the winner files them all? 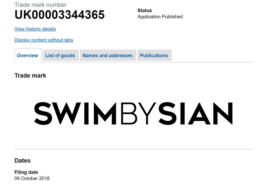 Prior to the show, Sian was trading from sianmarie.com under the brand SIAN MARIE. During the brandstorming session on the show, Sian decided upon SYO SWIM. However, it now appears that she has changed again to Swim By Sian - another shortlisted name in the final.

A search for Sian Marie Fashion Limited on the UK IPO website shows that she has filed 19 trade marks in 2018, the majority of which are for SIAN-related terms.

The importance of keeping branding consistent is significant not only for consumer engagement, but also to ensure that legal protection is obtained for how a business is actually using a mark.

Whilst families of brands can certainly warrant trade mark protection for different iterations that involve their ‘house’ brand (e.g. VIRGIN), a scattergun approach to a brand and trade mark portfolio strategy can prove costly and lead to sunk costs.

Apart from filing for her ‘house’ brand, Sian has also applied for her SS logo and a design range called THE ATHENA. Brand owners should consider protection for these secondary assets, which can prove just as useful in a day and age where more content is viewed on mobile devices and product ranges (including names) are copied by competitors. 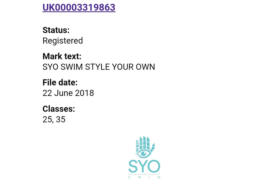 Interestingly, the stylised version of SYO SWIM (and device) remains in the name of an executive at FremantleMedia - presumably filed to avoid any association by the media with Sian prior to the final.

It seems likely that this logo won’t be used by Sian and so will not be renewed at the 10 year point, and it can also be challenged by third parties after five years for a lack of non-use.

This again reinforces the importance of ensuring that the trade mark that is registered corresponds with how the brand is used in commerce.

Khadija received similar criticism in the semi-final for inconsistent use of the look and feel of her OPAL & PEARL brand.

Sian has subsequently filed for SYO SWIM [word], which is a sensible move, as a word trade mark gives owners a broader scope of protection than a stylised version, which limits the legal rights that can be claimed to just the look and feel.

A word mark generally should be the starting point for trade mark applicants, providing rights that will last even when there is a brand refresh, whereas a stylised mark is much more tied to the original depiction. 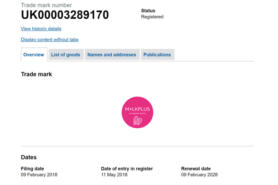 Camilla also appears to have reverted back to her pre-show brand, changing from MLK IT back to M+LK PLUS.

The use of symbols in a brand can be a good way to differentiate a product or to inject a level of originality.

How this will translate into the online world should be considered at the outset, though, with domain names containing a “+” being difficult to technically execute, which explains the “y” in Camilla’s website. This can reduce SEO scores and lead to lost sales conversion from consumers. 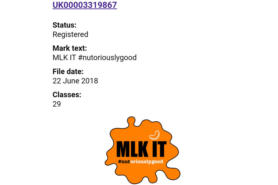 Again, only a stylised version of MLK IT (also filed by a FremantleMedia executive) offers little brand protection. It seems likely that this logo won’t be renewed and will become liable to be cancelled from non-use.

Camilla also owns a trade mark registration for M+LK PLUS NO NAUGHTIES JUST NUT JUICE (and device), which she filed before The Apprentice. It would also be sensible for Camilla to file a new trade mark application for a trade mark without the strapline ‘no naughties just nut juice’.

Camilla will need to tread carefully with any new trade mark filings because an EU court ruling from 2017 held that goods not containing milk from an animal cannot use the word ‘milk’ to describe them, which explains the reference to ‘juice’ in the existing mark.

Camilla would likely struggle to get M+LK PLUS alone for drinks because the UK IPO would consider that it was alluding to consisting of or containing animal milk, which it did not, making it deceptive and contravening EU law.

Daniel faced similar issues to Camilla in the semi-final, where he admitted that his export brand HANGOVER KILLER could not be used over here due to it making unsubstantiated medical claims. Bodies like the Advertising Standards Agency (ASA) would object to this.

Brand owners should always consider if there is an ASA angle to their brand and look to clear this before investing any further time or money in brand development. 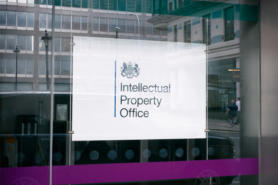 The UK is a great place for businesses to build their brand and obtain trade mark protection. UK trade mark filings provide a quick and relatively cheap way of giving start-ups and SMEs much needed legal rights. The UK IPO offers a lot of support to brand owners looking to begin trade marking their brand, including their Equip Tool.

This article shows that whilst the act of filing a trade mark itself can be a seemingly simple enough process, there are a number of considerations to be had before doing so. Getting a trade mark registered is also not the end of the story.

Ultimately, there is no substitute for obtaining legal advice from Chartered Trade Mark Attorneys, who have the experience and expertise to advise on the best trade mark protection for your brand.

Just like with marketing and advertising, budgets should be set for trade mark and general intellectual property protection.

Trade marks aside, it now awaits to be seen if Camilla’s nut juice makes waves and if Sian cracks it with designer swimwear.