Ace up their sleeves

How did an iconic cafe on London's North Circular get brand protection around the globe?

North London’s Ace Cafe is, in the words of Managing Director Mark Wilsmore, a destination venue for those with an interest in bikes, cars and rock ‘n’ roll. But how do you protect such an iconic café? Especially on a global scale?

Ace Cafe first opened its doors in 1938. Its founder sold up in 1969, but following a reunion gathering 25 years later that attracted thousands of fans, the café relaunched in 1997. It has since featured in BBC’s Top Gear, ITV’s Used Car Roadshow, and National Geographic’s Car SOS. 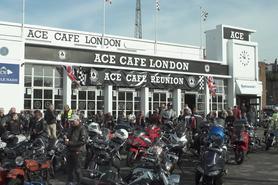 Today, Ace Cafe is very much an international brand, well known among biking communities, who make a loyal customer base. But with international recognition comes a need for a top IP strategy.

According to Chartered Trade Mark Attorney Joseph Letang of Dehns, who works alongside Mark and his team as an expert advisor, Ace Cafe’s trade mark is one of its key assets. Joseph plays a lead role in helping Mark’s business to unlock the potential of its ideas, and capitalise on the value of its IP.

‘My role is to advise businesses on their trade marks and brands—and to commercially exploit those brands in order to protect and grow their businesses,’ says Joseph. ‘For some businesses, like Ace Cafe, their brand is their business.’

Mark echoes what Joseph says, adding the protection of Ace Cafe’s IP is crucial to the future success of the business:

‘I knew expansion was dependent on our trade mark and IP,’ says Mark. ‘As a business based in North London, we can’t afford to trade mark in every class and every territory in the world. So strategy and planning is critical. That comes from Joseph guiding us. He picks our brains to find what we want to achieve, then helps us to achieve it.’

Joseph has helped secure protection for the trade mark in countries around the globe. He watches the trade mark registers for Ace Cafe everywhere. If he is notified of an application of a mark that is very similar, or identical, to his client’s, he informs them. This has led to him filing numerous oppositions. 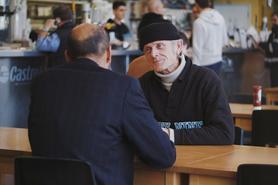 ‘There are millions of cafés in the world, but only one Ace Cafe, London,’ says Joseph. ‘Anybody can sell burgers. But not everyone can have such an iconic trade mark to use alongside its café business.’

Of course with iconic status comes copycat brands. But when you have a Chartered Trade Mark Attorney on your side, you know exactly how to respond.

‘One particular example that comes to mind is in Italy,’ says Joseph. ‘There was a company making quite high-end watches—and applying an identical mark to Ace Cafe to them without permission; they hadn’t sought any consent. Because we’d secured EU trade mark protection, we were able to bring that unauthorised activity to an end, and obtain a large compensation payment.’

Mark says Ace Cafe—‘not a global, multinational with great resource’—is utterly dependent on the input from Chartered Trade Mark Attorneys like Joseph to guide them. It’s the most effective way to protect the business’s  trade marks and IP within different classes and territories.

‘It’s something I can’t recommend enough,’ says Mark. ‘If a third party is convinced of the likely success of their project, their business, I can’t stress enough: you must really go and find a Chartered Trade Mark Attorney who knows their stuff.’