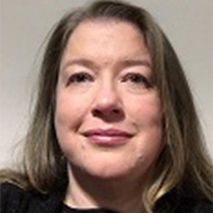 Cherrie is a UK Trade Mark Attorney and advises on all aspects of trade mark law, practice, protection and enforcement in the UK, Ireland, Europe and internationally. She is passionate about the need to educate business about intellectual property and its importance. Cherrie also loves advising new starts and watching them expand and grow into multi-national businesses.

Having obtained an honours degree from Sheffield University, Cherrie joined Ansons in 1998 and then qualified as a trade mark attorney in both the UK and Ireland. Ansons became part of the MacLachlan & Donaldson group in 2002 after which Cherrie was made manager of the Belfast office in 2009 and a Director in 2011.