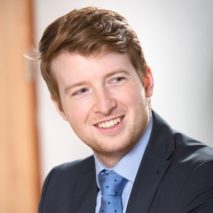 Harrison holds a Master’s Degree in European Law (LLM), from the University of Nottingham. His undergraduate degree was obtained at De Montfort University in Law. His LLM was heavily focused on Intellectual Property disciplines, particularly trade marks and copyright. Since the completion of his Master's degree in 2012, Harrison has worked within local government and joined Potter Clarkson LLP in 2013, where he held a role in the firms Formalities Department. During this period he obtained the CIPA Patent Administration qualification. Harrison joined the Trade Marks department in September 2015 and qualified as a Chartered UK and European Trade Mark Attorney in 2017.

Harrison was promoted to Associate in January 2019.