There may be good news for hashtags when it comes to proving genuine use of a trade mark. 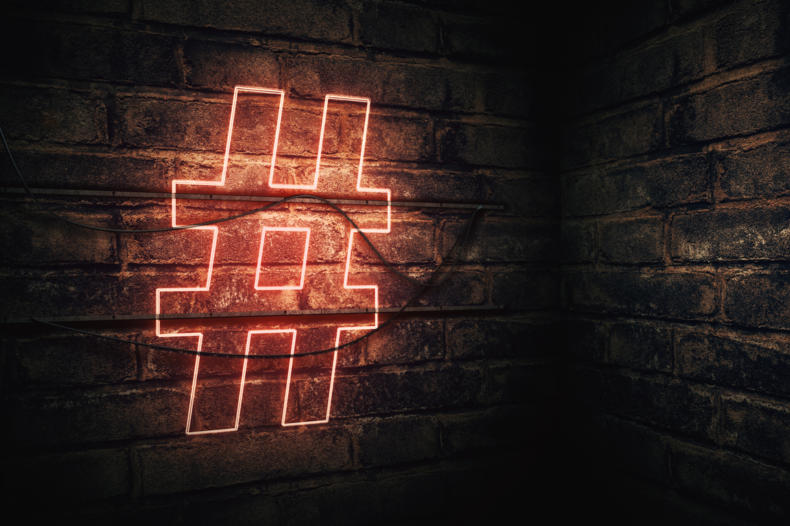 In this recent CJEU decision, a prominent position was significant in suggesting that the public could view a German-language hashtag as an indication of origin.

This story began in 2015, when AS applied to the German Patent and Trade Mark Office (DPMA) to register the mark #darferdas? (in English #canhedothat?) in respect of “clothing, in particular tee-shirts; footwear; headgear” in class 25. The application was rejected on the basis that it was devoid of distinctive character.

In 2017, AS appealed the decision to the Bundespatentgericht (Federal Patents Court). The appeal was dismissed, the Court holding that the mark was composed of common German words, which, when placed inter alia on the front of T-shirts would be understood by the public as forming a simple interrogative phrase. The hashtag was held to be a mere indication that the public is invited to discuss the question posed. AS brought a further appeal up to the Bundesgerichtshof (Federal Court of Justice).

The starting point for the Bundesgerichtshof’s reasoning was that use of trade marks on the front of clothing is only one of several types of use. It cited the concrete example that, specifically for clothing, labels bearing trade marks that could be perceived by consumers as an indication of commercial origin are often sewn into garments.

The Court recalled that established case law confirms the position that, in order for a mark to have sufficient inherent distinctive character to be registrable, not every conceivable use of the sign need fulfil the function of a trade mark. Instead, it is sufficient that a certain use as a trade mark be plausible in the context of the goods/services applied for.

It went on to say that there must be: “practically significant possibilities of using the sign applied for in the case of the goods and services in respect of which protection is claimed in such a way that is easily understood by the public as a trade mark.”

The Court considered how this principle could be reconciled with the ruling in Deichmann (C-307/11 P), which established that competent authorities (OHIM in that case) are not required to extend examination of distinctive character to uses of the mark applied for other than that recognised as most likely.

Question for the CJEU

Against this backdrop, the Bundesgerichtshof referred the following question to the CJEU for a preliminary ruling:

Applying settled case law, the CJEU reiterated the parameters for the assessment of whether a sign has distinctive character, recalling that:

The Court elaborated that in cases in which no use has been made of the mark prior to registration, examining authorities must resort to identifying the way in which that mark will probably be shown to the average consumer in the context of the customs of the economic sector concerned. It follows that, where such customs show that several uses are practically significant in that economic sector, the authorities must take those uses into account to assess distinctive character.

Where customs show that several uses are practically significant in that economic sector, the authorities must take those uses into account to assess distinctive character.

In contrast, it found that uses which are not practically significant must be considered irrelevant unless the applicant has provided concrete evidence to show an unusual type of use for that sector has become more likely.

Applying its findings to the facts of the case, the CJEU emphasised that uses of the mark on the front of clothing items as well as on the sewn-in label are practically significant.

Both uses should therefore be considered in the assessment of whether the #darferdas? mark would be perceived by the average consumer as an indication of origin in the context of clothing.

The case will now be considered by the Bundesgerichsthof in light of the CJEU’s answers.