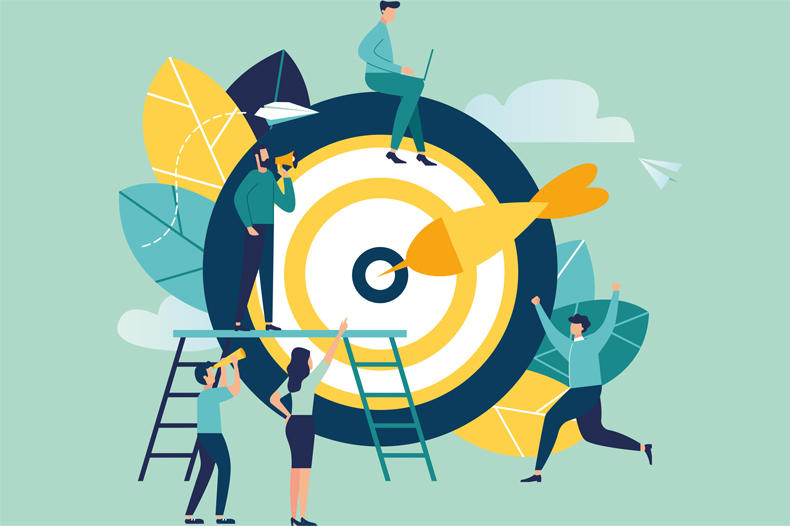 This case concerns an appeal by the UK retailer Argos Ltd (AUK) against the High Court decision [2017] EWHC 231 (Ch) (the 2017 Decision), issued in favour of Argos Systems Inc (Argos US), a small, US-only retailer.

The 2017 Decision was high profile in IP spheres, as Argos US successfully defended all of AUK’s claims for EU trade mark (EUTM) infringement and passing off in relation to an ongoing dispute over the domain name argos.com (the Domain) and the display of ads on the Google AdSense programme.

The parties did not cross paths until 2004, when the Domain began attracting traffic from internet users in the UK and Ireland (the UK Traffic), who were landing at the Domain in error. Data from Google Analytics noted that 90 per cent of the UK Traffic resulted from the users typing the Domain directly into their browsers, presumably based on their best guess of AUK’s likely domain.

The ensuing dispute arose because, from 2008 to 2015, Argos US participated in the Google AdSense scheme, whereby it agreed to provide space on the Domain for Google to display the ads of third parties. In return, Argos US would receive a share of the advertising fees paid to Google. The amount of that revenue was determined by the number of “clicks” on the ads and the number of times that the ads were viewed by visitors landing on the Domain.

Throughout that period, AUK had also subscribed to have its ads displayed on third parties’ sites. As a result, Google duly displayed AUK’s ads on the Domain, which meant that Argos US began earning revenue from the volume of UK traffic mistakenly visiting the Domain. AUK consequently brought proceedings in the UK against Argos US.

AUK’s previous claims under Article 9(1)(a) of Council Regulation (EC) No 207/2009 and passing off had been flatly dismissed, so it did not attempt to resurrect them in this appeal. AUK therefore ran its only surviving claim to infringement under Article 9(1)(c), on the basis that the revenue that Argos US had earned from the UK Traffic was evidence that it had taken unfair advantage of AUK’s reputation in the trade mark.

While Argos US accepted AUK’s reputation, it denied that it had made any use of AUK’s mark in the UK. A key issue that therefore dominated discussion in this appeal was whether Argos US was targeting UK consumers.

Targeting is a legal concept developed to determine whether a foreign website operated by an online-only trader based in one jurisdiction should be subject to the local trade mark laws and rights of another jurisdiction. In essence, if the website is not targeting local consumers, then the use of a mark should not amount to the use in the course of trade in that jurisdiction.

In the 2017 Decision, AUK had failed to establish that targeting had taken place in relation to the UK Traffic. In this appeal, however, the Court of Appeal (CoA) found that it had. It reasoned that the average UK consumer would consider the AUK ads as being aimed at them, since the ads displayed content that was relevant to their interests, ie AUK’s website.

Having established targeting, and so use in the UK, AUK still needed the requisite elements of link, unfair advantage and an absence of “due cause” in order to establish infringement. Contrary, again, to the 2017 Decision, the CoA found that the necessary link was established. The CoA reasoned that, although the UK Traffic already had the AUK mark in mind when they searched for and arrived at the Domain, the display of the AUK ads on Argos US’s electronic billboard served to further reinforce and establish that link, particularly since the UK Traffic could be redirected back to the AUK site by clicking on the ads.

However, the CoA went on to support the original finding that Argos US had not taken unfair advantage of the mark. Argos US’s participation in the AdSense programme was a normal commercial activity, and the revenue it had derived was small in the context of its business. Further, none of the UK Traffic had ever clicked past the initial landing page.

Although AUK succeeded in advancing its case in a couple of important respects in this appeal, namely targeting and establishing a link, it was still unable to establish unfair advantage and so could not secure a finding of infringement. Despite this, the improvement in its position may encourage AUK to go on to appeal to the Supreme Court.

In the meantime, the most significant take-home for practitioners is the CoA’s current position that, for the purposes of establishing trade mark infringement, even if an economic advantage is created as a result of the economic behaviour of consumers being altered, this will not necessarily amount to unfair advantage being taken of an EUTM’s reputation.

A second observation is that we can probably expect to see an increase in cases of this nature in the future, whereby foreign websites are challenged as infringing the local trade mark rights of third parties based in other jurisdictions as a result of online-only trading. From a pragmatic point of view, clients wishing to avoid their ads appearing on competitors’ websites should take note of the blocking feature available on Google’s AdWords platform, through which specific domains can be excluded. Until then, practitioners are likely to be wrestling with the core issues of this case long into the future.