To IPEC or not? 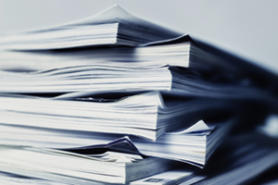 With 2017 a record year for the IPEC, which handled 367 cases, it is timely to consider further guidance given in this case about the factors to be considered when deciding whether the IPEC is the appropriate forum.

The Claimant maintains the archives of the fashion designer Massimo Osti, is the proprietor of registrations for MASSIMO OSTI and MASSIMO OSTO ARCHIVE (the Marks), and alleged trade mark infringement and breach of contract by the first Defendant and, in his personal capacity, its sole shareholder and director, John Sharp. The breach of contract claim arose from the allegation that, following the liquidation of a US company with which the Defendants had been associated and from which the Claimant had licensed the Marks, an implied licence arose between the First Defendant and the Claimant (the Implied Licence).

It is alleged that the Defendants infringed by using the Marks outside the terms of the Implied Licence and breached the Implied Licence by not paying royalties or delivering royalty statements. The Defendants denied the allegations and counterclaimed that the Marks were invalid for lack of distinctive character and being descriptive pursuant to Articles 59(1)(a), 7(1)(b) and 7(1)(c) of Regulation (EU) 2017/1001.

The Claimant sought €79,835 by way of unpaid royalties; damages for contractual breach; an EU-wide injunction prohibiting infringement of the Marks; delivery up or destruction of infringing items; and an inquiry as to damages or an account of profits in respect of the alleged infringements.

Proceedings commenced in the general High Court but, on its own initiative, the Court transferred the case to the IPEC. The Claimant thus applied to have this transfer set aside.

Master Clark referred to paragraph 9 of the Civil Procedure Rules (CPR) PD30, which explains that, when deciding on transfers to or from the IPEC under CPR 63.18, the Court will consider whether a party can only afford to continue the claim in the IPEC, and whether the IPEC is the appropriate forum based on the value of the claim, the complexity of the issues and the estimated length of the trial. He also had regard to paragraph 1.3 of the 2016 IPEC Guide, related to affordability, value of the claim, complexity and trial length.

Although the First Defendant was a “micro” company that could not by itself afford litigation in the general High Court, it was part of a group with substantial assets. Moreover, the evidence filed as to the means of the Second Defendant was very limited. Accordingly, the Master treated affordability as a neutral factor. With regard to monetary value, the net value thereof was well within the maximum value (£500,000) of damages awardable by the IPEC.

The Master held that: the issues of the case did not present a degree of complexity that made it inappropriate for the IPEC; the claim could be heard within the usual two days for IPEC cases; and, consequently, that the case would remain in the IPEC.

The decision is a reminder that, if a party wishes to challenge a transfer to the IPEC, it must offer cogent evidence that addresses the factors laid out in CPR PD30 and elsewhere. The consequences, in terms of cost, of such transfers can be severe.

Patrick Cantrill is a Partner at Womble Bond Dickinson