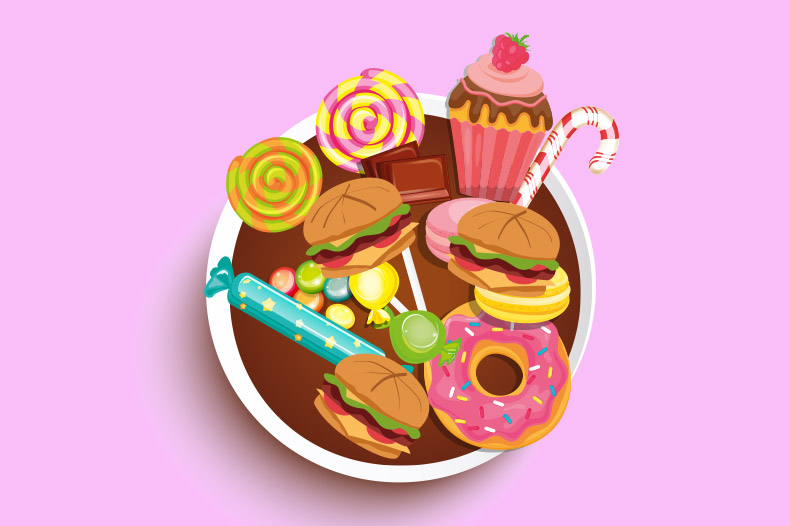 Perfetti van Melle SpA (Perfetti), an Italian confectionary manufacturer, sought to register the 3D shape in relation to a candy hamburger for class 30 goods under EUTM No. 18003438 (the 3D Mark). The Board of Appeal (BoA) upheld the Examination Division’s (ED) decision refusing the registration of the 3D Mark for some of the class 30 goods.

The ED had accepted the application for “sugar; coffee; cocoa” in class 30, but refused the registration of the mark for the remainder of the class 30 goods on the basis that, contrary to Article 7(1)(b) EUTMR, the 3D Mark is devoid of any distinctive character for “caramels [candy]; confectionery; sponge cakes; chewing gum; chocolate; confectionery containing jelly; fruit jellies [confectionery]; gum sweets; lollipops; toffee; candy mints; non-medicated lozenges; liquorice [confectionery]” (together, the Refused Goods).

The ED decided that the relevant public would not instantly recognise the shape mark as identifying the origin of the product, particularly as the appearance of the 3D Mark does not significantly depart from the norms and customs of the relevant sector.

Perfetti argued that: (a) the ED did not substantiate the claim that the shape of the mark does not differ from the forms commonly used in trade; and (b) its own evidence (namely, Google searches) demonstrated that the 3D Mark was atypical of what is in the market (for example, because the “hamburger” is sliced into six equal, triangular parts).

In maintaining its refusal, the ED held that it may base its examination on facts resulting from practical experience acquired from the marketing of mass consumer goods. It also held that the six-piece configuration does not serve to identify origin; only that the product may be shared. Perfetti then appealed to the BoA.

In dismissing the appeal, the BoA held that the 3D Mark does not differ substantially from shapes commonly used in trade and will not enable the target consumer to immediately distinguish Perfetti’s goods from those with a different commercial origin.

Perfetti’s own evidence disclosed examples of confectionary shaped as hamburgers, which served to demonstrate that the shape is likely to be regarded by the consumer as a way of presenting the goods and not as an indication of their commercial origin.

The ED was correct to base its examination on facts resulting from practical experience. An applicant is expected to provide specific and substantiated information demonstrating the distinctive character of the trade mark applied for, given that it is in a more appropriate position to do so thanks to its knowledge of the market.

Perfetti has since appealed the BoA’s decision, but it was not possible at the time of writing to determine the arguments on which this was based, or whether it has reserved its right to a secondary claim of acquired distinctiveness.Notably, another, similar application by Perfetti, EUTM No. 18003180, was also refused for being non-distinctive in respect of the same Refused Goods.

While Perfetti has been unable to secure registered trade mark protection for the product, it has protected the shape through two registered Community designs – a route which does not include any