No smoke without fire 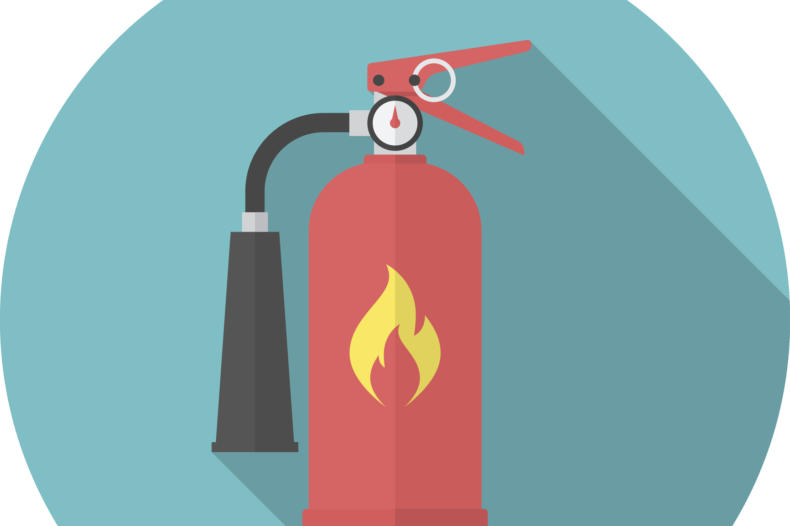 This case sees a total overturning of an Opposition Division decision by the EUIPO’s First Board of Appeal.  Whilst the Opposition Division determined abruptly and definitively that there was no similarity between the goods at issue, rejecting the opposition in just two pages, the Board annulled this first instance decision and instead refused the application in full.

UAB Fire Experts (UAB) sought to register the stylised mark containing the verbal element ‘FireX’ shown on the right for the following goods:

UAB removed Class 9 during the opposition proceedings, leaving the contested goods as those in Classes 2 and 17.

Relying on earlier EU and French trade mark registrations for ‘FIREX’, an opposition was filed on behalf of Walter Kidde Portable Equipment, Inc. (Walter Kidde) against the application based on Article 8(1)(b) EUTMR.  The decision was ultimately taken with regard to Walter Kidde’s EU trade mark, registered for “Thermostats; fire, smoke, gas alarms and detectors including accessories therefor; electrical door chimes and accessories therefor” in Class 9.

Given the clear similarities between the marks, this case turned on the comparison of the goods.  Whilst the Opposition Division deemed these to be “clearly different”, the Board concluded that the respective goods were, in fact, similar and that consumers were likely to believe that they derive from the same or economically-linked undertakings.  The following discussion concerns the central factors behind this discrepancy.

Interpretation of the goods

It was advanced on behalf of Walter Kidde that the goods covered by UAB’s mark should be construed sufficiently broadly to also include fire-resistant and fireproof versions thereof.  Indeed, in its observations at first instance, UAB admitted to this being the nature of its goods.  Nevertheless, the Opposition Division interpreted UAB’s Class 2 goods as being materials used to cover or colour surfaces such as walls or furniture, and its Class 17 goods as being materials for insulating a building or a room from hot or cold weather, or from moisture and humidity in a bathroom.  This construction of the goods laid the foundations for its subsequent finding of dissimilarity.

On appeal, it was submitted on behalf of Walter Kidde that the Opposition Division had erred in its narrow interpretation of UAB’s goods as decorating/building materials.  Drawing on the observations of Floyd J. (as he then was) in YouView TV Ltd v Total Ltd [2012] EWHC 3158 (Ch), it was argued that the ordinary meaning of paints, sealants, barrier articles and so on was apt to cover fire-resistant versions of these same goods.  It was further argued, with reference to the Office’s own TMclass database, that a fair interpretation of UAB’s goods included fire-resistant versions because, just as “jackets” and “pants” in Class 25 include “waterproof jackets” and “waterproof pants” (also in Class 25), so too should “paint” in Class 2 and “seals” in Class 17 include “fireproof paint” and “fireproof seals” (also in Classes 2 and 17).

The Board agreed, confirming that UAB’s coatings, seals, paints and so on “represent broader definitions” and thus must be interpreted as covering these same goods designed for fire protection.

The argument put forward on behalf of Walter Kidde, which was dismissed by the Opposition Division, was that the respective goods share a common purpose of maximising the available time within which to try to avoid harm to people/property in the event of fire (through early detection/warning and by delaying the spread owing to fire-resistant properties, respectively).  These claims were supported with references to the UK Fire Service Resources.  On appeal, it was emphasised that this common purpose was sufficiently narrow since it is not shared by all goods which have fire safety as their goal (for example, the purpose of fire extinguishers and blankets is to put a fire out).

Drawing on its interpretation of the goods, the Board concluded that they did share a common goal, and upheld the above purpose as defined by Walter Kidde verbatim.  Notably, the Board stated that “the fact that the products do not have the same method of use does not preclude them from sharing one of their purposes, even if it is achieved by different means”.

This offers some helpful elaboration on the comments in the Office’s Guidelines regarding the scope of what might constitute a product’s intended purpose, as well as how narrowly defined that purpose must be.  In particular, the Board’s decision confirms that it is not a requirement for similarity that the shared purpose identified be the products’ only or even primary purpose.

Distribution channels, complementarity, and the value of evidence

The Opposition Division stated that it “strongly disagrees with the Opponent’s view” that the distribution channels coincide, resulting largely from its conception of UAB’s goods as general DIY materials.  The Opposition Division further concluded, without reasoning, that no complementarity existed between the respective goods.

It was argued on appeal that the Opposition Division appeared to overlook the evidence filed in support of Walter Kidde’s opposition.  In contrast, the Board placed significant weight on the material filed, demonstrating the importance of supporting evidence in all matters, irrespective of the grounds relied upon.

Regarding the distribution channels, the Board said that “the Opposition Division failed to assess the evidence submitted by the opponent” (being extracts from a number of websites showing companies in the EU selling products of the type covered by both parties’ trade marks). The Board deemed this evidence to have value, reflecting “a circumstance in the market of the goods at stake that cannot be deemed to be exceptional”.  The Board, therefore, ruled that both parties’ goods will be sold in stores specialising in fire protection and safety, and so can have coinciding distribution channels.

Similarly, Walter Kidde’s evidence showing that the respective goods should be used together for complete fire protection in a building (comprising extracts from fire safety websites and the UK Building Regulations 2010) persuaded the Board that there was some complementarity between the goods. It stated that from this evidence “it becomes apparent that these goods are often used together in order to obtain an optimal level of fire protection”.

This decision shines a spotlight on the sometimes vast difference in approach taken by the EUIPO’s Boards of Appeal compared with the Opposition Division, and reinforces the value of the appeal process for parties.  It also provides helpful guidance on the proper interpretation of a trade mark specification, indicates a willingness of the Board to appreciate that products can have a number of intended purposes, and acts as a reminder of the vital role that evidence can play in decisions taken at all levels.