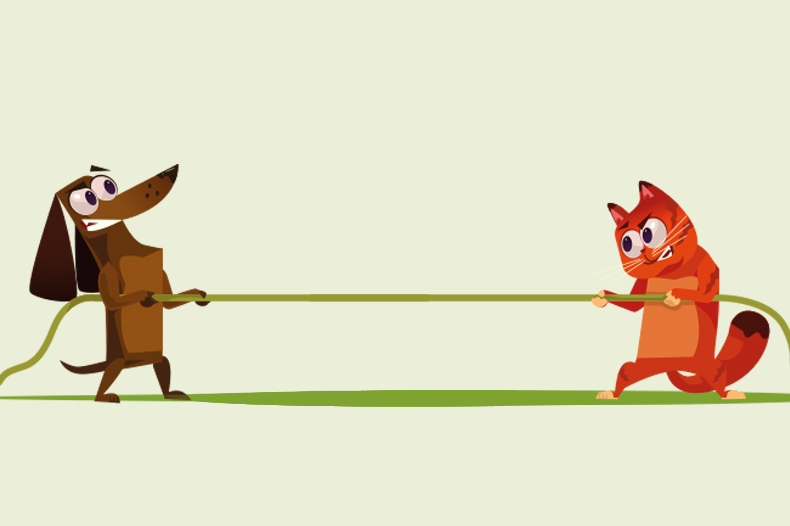 Here, a claim was brought (successfully) by a boutique pet food brand against a competing, goliath pet food brand for trade mark infringement and passing off.

The substantive issues were whether the Defendant’s use of its signs amounted to passing off and trade mark infringement, under s10(2) and 10(3) of the Trade Marks Act 1994. Also notable was the guidance provided regarding disclosure in IPEC proceedings.

In relation to s10(2), the Judge adopted the summary set out by Mr Justice Arnold in Sky plc & Others v SkyKick UK Ltd & Another1, explaining the global appreciation of the likelihood of confusion. In relation to s10(3), the parties relied on the summary of the law used by the Trade Marks Registry and taken from the jurisprudence of the Court of Justice, which the Judge gratefully adopted. He noted too that once the elements of infringement are established, it is for the defendant to show that the use has been with due cause.

In light of THOMSON LIFE2 and Aveda Corporation v Dabur India Ltd3, adding a distinctive and reputed house mark to a mark that maintains its independent character does not avoid infringement. Applying these principles, a key issue was assessing the claimant’s reputation, which is essential for establishing s10(3) infringement. The Claimant’s evidence in this context was “overwhelming”, its brand being one of the leading brands within the raw pet food market.

As a result of the above assessments, the Judge considered that a likelihood of infringement existed. Infringement under s10(2) was therefore established, without consideration of any alleged instances of actual confusion. Nevertheless, the Judge did review six instances of confusion reported by the Claimant’s employees and ex-employees (an approach considered appropriate for the IPEC). He concluded that there were clear examples of consumers having been confused, which could not be discounted as “low-level administrative muddle” (as the Defendant sought to portray them). This confirmed the finding of likelihood of confusion already reached.

Turning to s10(3), the reputation and enhanced distinctive character of the marks would likely cause a link between the two businesses in the mind of the average consumer. The logical deduction was that consumers’ economic behaviour would change, causing detriment to the Claimant’s repute. Further, the trust shown in the Claimant’s brand indicated that the Defendant was likely to receive a “leg up” as a result of the link formed in consumers’ minds, and that advantage was unfair. The conditions for liability being satisfied, the Defendant failed to establish that its use was with due cause. Infringement under s10(3) was therefore established.

On the law of passing off, the Judge adopted Lord Oliver’s summary in the Jif Lemon case.4 While noting that likelihood of confusion in trade mark law and misrepresentation in the law of passing off should not be conflated, the Judge held that his findings in relation to likelihood of confusion could be carried over into the passing off claim. Goodwill and misrepresentation having been established, it was not seriously contested that damage would follow. The Claimant’s passing off claim therefore succeeded.#

The Defendant had provided two witness statements confirming it was aware of customer queries asking whether it was the Claimant. Receiving the witness statements, the Claimant requested that any records showing confusion be disclosed as part of the parties’ obligation to disclose known adverse documents.

At the case management conference, His Honour Judge Hacon had directed that “the parties will make and serve on the other… a list in accordance with Form N265 of documents in their control and upon which they will rely in support of their case” [emphasis added].

A dispute arose as to whether the Defendant was required to look for documents evidencing confusion and to disclose them. The Judge concluded that the “and” in  HHJ Hacon’s order was conjunctive in nature (ie, that the obligation was to disclose documents that were both in the Defendant’s control and upon which the Defendant relied in support of its case). Since the Defendant did not wish to rely on instances of confusion, it was not required to disclose the documents (or search for them) under that direction. However, the Judge noted that “if a search is conducted and [documents] are found or otherwise come to the attention of the party, they need to be disclosed”, adding that it was highly likely that instances of confusion would have been recorded in “documents” (eg, Facebook messages and emails) and that the Defendant was likely aware of them. These documents should therefore have been disclosed.

This case serves as a reminder that the court need only find a likelihood of confusion, rather than actual confusion. While evidence of actual confusion may help, it can be hard to come by and many cases are run without any.

Litigants and their representatives should keep in mind all of their obligations when litigating. These obligations are not limited to those listed in court orders. Orders provide practical boundaries as to what the litigation will cover, particularly in the IPEC, but wider obligations under court guides still apply.

To avoid making a dog’s dinner of the disclosure process, parties should consider which categories of adverse documents are likely to materialise before undertaking their search for documents. They can then look out for those in particular.

Of course, this may raise questions about how the scope of the disclosure search conducted (a keyword search versus a trawl through files) has influenced the kinds of adverse documents that were ultimately disclosed.