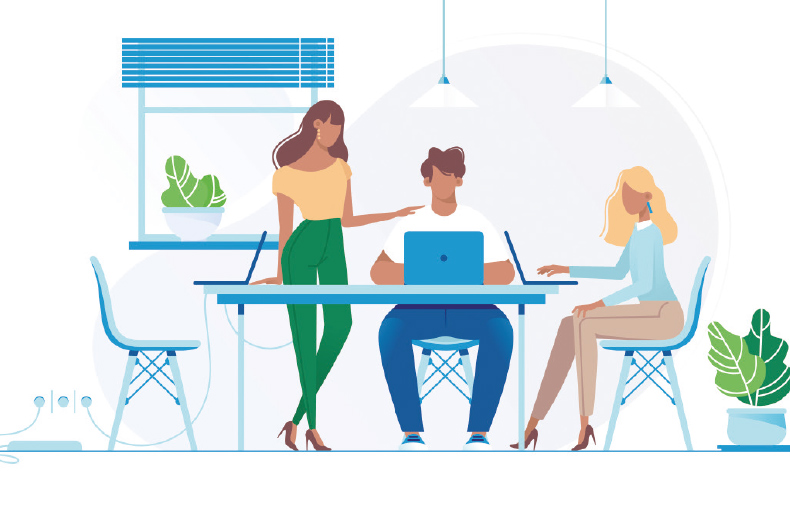 This case relates to an opposition against an EU trade mark application to register [email protected] for office and business services and workspace rental services in classes 35 and 36, filed by Yoo Holdings Ltd (the Applicant).

The Opponent, WeWork Companies Inc (WeWork) relied on its earlier EU trade mark for WEWORK, covering classes 35 and 36, arguing both a likelihood of confusion and damage to the reputation in that mark.

Notwithstanding the identical and closely similar services and a finding that consumers are likely to pay a high level of attention, the Opposition Division (OD) rejected the opposition. The marks were similar only to a very low degree visually and aurally, mainly due to the differing word elements at the start of each mark. This excluded a likelihood of confusion. The OD also held that evidence of favourable references to WEWORK in press articles is not sufficient to show the requisite degree of recognition to establish a reputation.

The Opponent appealed, alleging that: (1) the OD failed to take into account the evidence, which should lead to a finding of enhanced distinctive character; (2) the word element YOO would not be perceived by the English-speaking consumer as a Korean surname; and (3) the OD was wrong to find no reputation.

The Applicant sought to dismiss the appeal, arguing that: (1) YOO has multiple meanings; (2) the YOO brand has a considerable reputation for residential and hotel design; (3) the strong Korean community in the EU bears relevance to the OD’s decision; (4) the inherent distinctive character of the WEWORK mark is weak, and; (5) the Opponent’s physical presence in just four EU Member States is not sufficient to establish a reputation.

Finding identical and closely similar services, the Board of Appeal (BoA) confirmed that the assessment should focus on the English-speaking public and the relevant business customer. It disagreed with the OD, however, noting first that there is “a considerably larger part of the relevant public” which does not form part of the EU’s Korean community, and second, that while the co-working-related services can involve large sums of money, they can also be offered for very short periods of time. The level of attention is therefore only average.

Comparing the marks, the BoA disagreed with the OD’s finding that YOO will be read by the relevant consumer as a Korean surname. It will be perceived either as meaningless, or more likely as the pronoun “you”. On this basis, the BoA found a low degree of visual similarity, a slightly higher degree of phonetic similarity and, construing the marks as meaning “We work” and “You at work”,
some conceptual similarity.

Taking into account both the Opponent’s “old” and new evidence, the BoA concluded that although the earlier mark is inherently very weak for the English-speaking public, the Opponent has demonstrated enhanced distinctiveness in the UK. The Applicant’s assertion that the YOO brand has a reputation was dismissed as irrelevant.

Taking into account the identical and closely similar services, the BoA concluded that the conceptual similarity “further strengthens the overall similarity” of the marks. Paired with the enhanced distinctiveness for most of the services at issue in the UK, this gives rise to a likelihood of confusion. The opposition therefore succeeded and there was no need to consider the reputation claim.