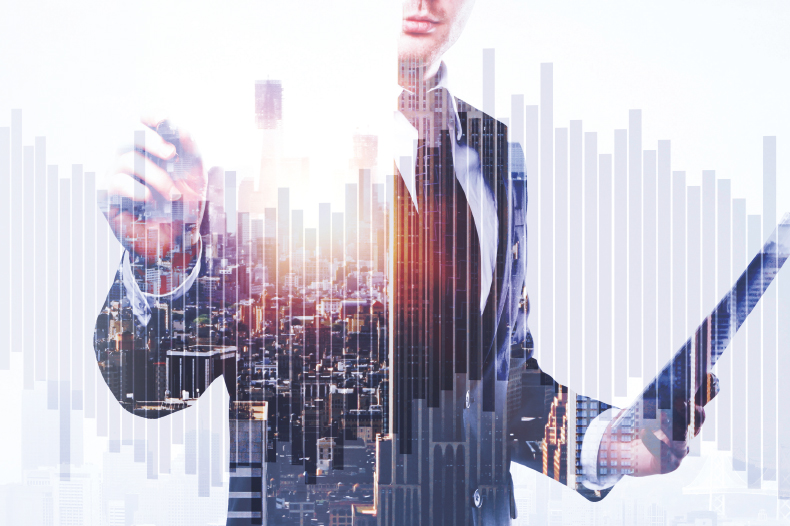 Last year began with a bang. On New Year’s Eve 2020, the UK IPO managed a trade mark register with just under 746,000 active records.

Lying behind this phenomenal rise in registered marks was, of course, Brexit – a slow‑motion process that took a number of years to reach its conclusion, removing the UK from the EU.

As Brexit – and a nine‑month transition period ending on 31st December 2020 – drew closer, the UK IPO became the fastest‑growing major trade mark register in the world.

This was driven by brand owners who modified their filing strategy to ensure that they obtained protection in the UK in parallel with the EU. In 2020 and again in 2021 (excluding cloned rights) the UK IPO saw filing growth exceed 30% year on year.

Even with the transition period concluding at the end of 2020, one Brexit‑related process continued to contribute to 2021 being a record year for trade mark filing volume at the UK IPO.

While all registered EUTM and IR (EU) records as of 31st December 2020 were automatically cloned as corresponding UKTM records, the owners of all pending EUTM applications on that date were entitled to refile at the UK IPO and keep their EUTM filing date, with a final deadline for refiling of 30th September 2021.

The owners of a majority of these 70,000 eligible pending EUTM applications did not exercise that right to refile.

Perhaps they were only interested in EU countries, the timing/cost was not advantageous or they already had UK protection in place.

However, some 15,000 more applications claiming priority from an EUTM record were filed in the first nine months of 2021 than would otherwise be expected – this is around 10% of all the applications filed in 2021 and one‑third of the growth in filing volume seen in 2021 compared with 2020.

So, of the 45,000 additional trade mark applications filed at the UK IPO in 2021 compared with 2020, around 15,000 were “one off” refilings of eligible EUTM records that were pending when the Brexit transition period ended.

The largest source of UKTM applications is, not surprisingly, UK‑based applicants.

All other countries between them account for less than 8% of UK applications, but together they filed 5,000 more national UKTM applications than in 2020.

With China showing signs of declining foreign trade mark filing activity at the end of 2021, and EU applicants more likely to choose the WIPO IR route (designating the UK) rather than filing nationally and unable to repeat the refiling exercise seen in 2021, it is not likely that 2022 will be a similar record year at the UK IPO.

Indeed, Brexit has driven a strong increase in designations of the UK in an IR under WIPO’s Madrid system. Growth in UK designations has been high each year since the 2016 referendum as applicants changed strategy and added the UK as well as the EU to ensure that both markets are covered.

The Madrid system appears to be the preferred strategy for EU‑based applicants in particular, in preference to filing a national UK application via a UK attorney or firm.

New rules for representation also came into force on 1st January 2021, making an address for service in the UK, Gibraltar or Channel Islands a UK IPO requirement for new applications and new contentious proceedings such as oppositions, invalidations or revocations.

Cloned records have a three‑year transition period before the new address for service rules come into effect (1st January 2024).

A European Economic Area address can be used for applications that were filed before 1st January 2021 and for proceedings that started before that date.

While the new address for service requirement was no doubt partly intended to create a level playing field with the EU, the UK representation rules still fall short of those put in place by EUIPO.

They are also significantly less stringent than the rules in place at the USPTO. Unlike the EU and US, the UK IPO rules allow a representative to use a PO box or mail‑forwarding service.

This has resulted in a large number of UKTM applications being filed in 2021 via foreign attorneys and law firms, particularly by applicants from China.

Shared addresses – likely either a virtual office or a mail‑forwarding service – were also common. For example, a single address at Kemp House in London was used by 33 different representatives.

There was also a significant amount of “churn” related to portfolios from China, with at least three representatives in the top 100 only active for part of the year before the work was passed on to another representative.

Only one representative in the top 100 saw a decline in filing volume in 2021 – KY Accountancy Services, which represented mostly Chinese clients.

KY passed its work to Haiwai Consulting in March 2021 and the work was then transferred again in July 2021 from Haiwai to CEJR, an accounting and business advisory practice based in London but with a focus on China.

Between them these three representatives handled 3,510 UKTM applications in 2021.

The leading “traditional” UK practice in 2021 by trade mark filing volume at the UK IPO was Stobbs, followed by the recently combined Murgitroyd/Urquhart‑Dykes & Lord and HGF.

Most of the leading practices saw filing volume at least double compared with 2020 – mainly due to the high growth levels of applications from foreign applicants. Stevens Hewlett & Perkins saw spectacular growth (508%) mostly through arrangements with EU‑based firms; among the top 50, Forresters (254%), Page, White & Farrer (231%) and AA Thornton (366%) also filed significantly more UKTM applications than in 2020.

While 2021 was a record‑breaking year for UKTM activity and UK representatives, it was also a unique one.

This year is unlikely to see filing activity reach the same levels, but with a large number of cloned registrations still using a non‑UK address for service and a trade mark register that is more crowded than ever, there are still opportunities for UK attorneys to grow their client base.

A further tightening of address for service rules – for example, in relation to renewals – would also create opportunities.

And there is another potentially large disruptor on the horizon – the metaverse. If every major brand soon needs to file a new application to cover virtual goods/services then the numbers involved could be huge.

While the numbers are low at the time of writing, there were more applications in the first six weeks of 2022 at the UK IPO for virtual goods/services than in the whole of 2021.