How does protecting your brand have relevance for protecting the planet? We discuss issues relating to impersonation, the ethics of trade marking, and the importance of trade marks for not-for-profits. 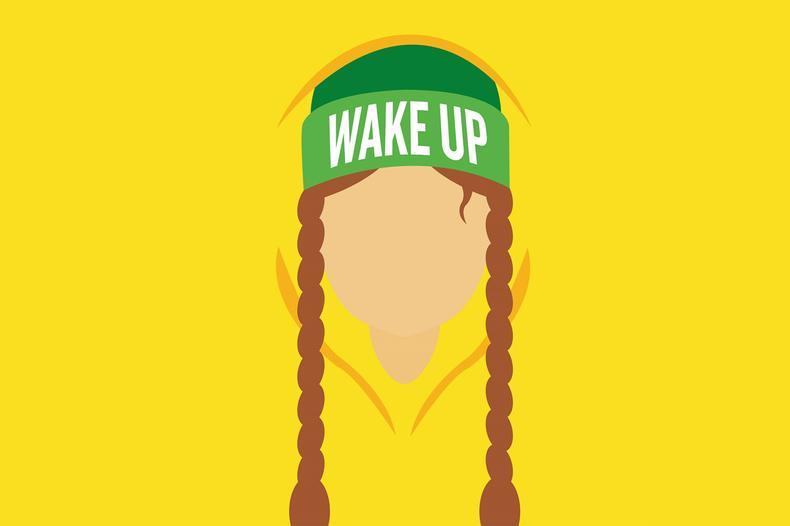 We can all undoubtedly learn a lot from Greta Thunberg – whether that’s greater awareness of the extent of the climate crisis, how we can take steps to reduce our own environmental impact or the power and influence of youth activism.  But what does her story tell us about trade marks?

On 23rd December 2019, less than 18 months since Thunberg first took Friday off school as part of a climate strike, launching the ‘Fridays for Future’ movement which has since involved millions of people worldwide, three trade mark applications were filed on her behalf at the EU Intellectual Property Office.  These applications, which have since registered, relate to the following marks: 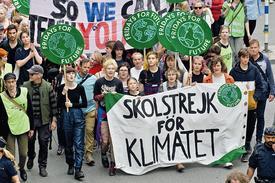 These trade marks protect a variety of services including advertising and promotion, financial and charitable affairs, education and the organisation of conferences, and research and environmental surveys.

For many, this may have seemed like an unusual step for an environmental activist to take. However, whilst we are accustomed to hearing about famous reality TV stars and footballers protecting their names and personal brands as trade marks, doing so is not just a wise move for the Kardashians and the Beckhams of this world.

Trade Marks, ‘Image’ Rights and Impersonation: what happens when your brand is you?

Unlike most brands, which reflect one person/company’s product or service and distinguishes them from those from others, the difficulty for well-known individuals is that their brand reflects themselves: their personality, attributes, and skills.  Personal brands are therefore more fluid and intangible concepts, which in turn makes them more challenging to protect.

One of the main difficulties facing Thunberg is that, in contrast to the Kardashians and the Beckhams, Thunberg does not appear to have any intention of commercialising her brand by selling merchandise under her name.

Instead, the trade mark applications appear to be part of a more defensive strategy, with Thunberg explaining on social media in January 2020 the reasoning behind the filings:

“Unfortunately there are still people who are trying to impersonate me or falsely claim that they "represent" me in order to communicate with high profile people, politicians, media, artists etc.” 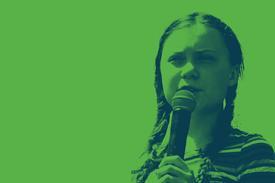 Therefore, rather than simply obtaining broad trade mark protection for a range of marketable goods including perfumes, ornaments, posters and jewellery, the precise nature of the protection required in Thunberg’s case is more elusive.  From a trade mark perspective, the ‘GRETA THUNBERG’ registration can be enforced against those offering charitable or educational services under this name, or similar wording, within the European Union.  Having this legal right is crucial to enable Thunberg to prevent her name from being exploited within these settings, but it does not in itself prevent people from misusing other elements of her ‘brand’, such as her image, or from impersonating her.

Taking clothing as an example, which can be produced quickly and at low cost, an article on fashion news source Fashionista reports that, in 2019, t-shirts bearing Thunberg’s name, image and quotes, which derive from sources unconnected with the activist, became some of the top-selling listings on the e-commerce platform Etsy.

Whilst Thunberg’s trade mark registrations may, if deemed to have the requisite reputation, be sufficient to prevent ‘GRETA THUNBERG’, ‘FRIDAYS FOR FUTURE’ and ‘SKOLSTREJK FÖR KLIMATET’ from being motifs on slogan t-shirts, the use of her image is a more complex issue.

This is because, where a third party makes commercial use of a person’s image, there is no (in the UK at least) clear cause of action available, meaning that it becomes necessary to draw on various strands of the law including trade mark infringement, passing-off, breach of confidence, and advertising regulations to try to prevent such activity.

Broadening this out to impersonation, the law in this area is similarly opaque, and online impersonators may be dealt with through logging reports with social media platforms, as well as relying on areas of the law such as misuse of private information and copyright, in addition to trade mark registration.

In other words, when it comes to preventing people from claiming to ‘be’ Thunberg or to ‘represent’ her, trade marks are one important tool within the arsenal.

Ethics and Trade Marks: how can trade marks help us make ethical choices?

Ironically, in seeking to protect her ‘brand’, it seems as though Thunberg feared that her message/image might be damaged by the implication of commercialisation arising from her trade mark applications.  In her post on social media, Thunberg also stated that:

“I assure you, I and the other school strikers have absolutely no interests in trademarks. But unfortunately it needs to be done.”

However, Thunberg’s dismissive approach overlooks the central role of trade marks in facilitating social responsibility in all of our daily lives.

Trade marks are first and foremost identifications of commercial source and, by virtue of this function, are the primary means by which consumers are able to make both ethical and environmentally-friendly choices on the marketplace.

By signalling the origin of the marked goods or services, trade marks make it possible for consumers to reward socially responsible brands with repeat custom, and to avoid and punish those brands that we might deem to be unethical, for instance as a result of their stance on animal testing, their use of unsustainable materials/ingredients, or for failing to uphold the human rights of the workers within their supply chain.

A good example of a brand which thrived as a result of its cruelty-free status is The Body Shop, which was founded in Brighton, UK in the 1970s and was the first large cosmetics company to campaign against animal testing in the beauty industry.

Perhaps the greatest manifestations of the trade mark/ethical interface are brand boycotts.

The act of refusing to buy or use products and services from particular companies and organisations has had considerable influence for a number of decades, and is a means of resistance made possible by the existence of trade marks signalling where the goods have come from.

For example, activism involving the boycott of fashion brands using real fur in their collections has led to numerous high profile fashion houses banning its use, whilst boycotts of companies manufacturing goods in sweatshops has helped to bring about greater rights and pay for workers.

In this way, the importance of having a trade mark which communicates positive, ethical values that people are happy to buy into can be used to drive standards up across a number of sectors.

In addition, certification marks (which can be used by multiple undertakings to denote that their product/service meets particular regulations) can also assist consumers in making ethical choices.

In a recent article published by the World Intellectual Property Organization in April 2020, it was noted that trade marks can serve to indicate not only where a product has come from, as above, but also that it complies with certain ethical or environmental standards.

The article gives the example of the blue Marine Stewardship Council label, which can be applied to seafood products from sustainable sources and approved fisheries, and observes that the purpose of such a mark is “to improve the health of the world’s oceans and influence people’s choices when buying seafood”.

These types of sign thus enable consumers to readily identify more ethically and environmentally-friendly options when purchasing a particular product/service.

As a result, activists, charities, trusts, foundations and other groups operating within the charitable and non-profit sector should not be deterred from obtaining trade mark protection, and could instead come to view trade marks as an opportunity to communicate their values, encourage responsible consumer habits, and increase standards on the marketplace.

Not For Profit: what is the need for trade mark protection in the charitable and non-profit sphere?

Though trade marks might be more readily associated with multinational corporations, they are just as significant, if not more so, within the charity and non-profit sector.

As a not-for-profit, a charity or foundation’s name/logo, as well as the associated reputation, is likely to be its most valuable asset since this is how it is known and remembered.  It is under these signs that charities are able to communicate their message, advance their cause, and garner popular support.

Therefore, and whilst owning a registered charity and a domain name are important, having a registered trade mark is recommended since it confers a much higher degree of legal protection.

A key consideration within the non-profit sector is that this is, unfortunately, an area ripe for exploitation given the often rapid and far-reaching momentum that some movements can have, as well as the flow of funds involved.

Indeed, this was another factor referenced by Thunberg when notifying her followers of the trade mark applications:

“My name and the #FridaysForFuture movement are constantly being used for commercial purposes without any consent whatsoever. It happens for instance in marketing, selling of products and people collecting money in my and the movement’s name.”

Charity fraud is a big problem, since it can lead to the dilution of the cause as well as the diversion of vital donations.  An article on charity fraud published in 2019 by UK charity insurance broker ThirdSectorProtect referred to data which indicated that charities and trusts lost as much as £2.3bn in 2017 alone as a result of acts such as the setting-up of fake fundraising accounts to take money being donated by supporters in good faith.

Where non-profits have protected their name/logo as trade marks for charitable fundraising services, they have a readily available cause of action against such activities, which provides assurance both for the charity itself as well as its supporters. 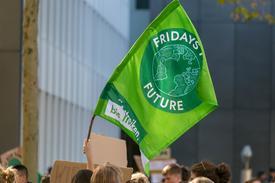 Similarly, and building on the earlier t-shirt example, the growth in social media has fuelled the popularity of charitable slogan tees and tote bags, both being products that celebrities and influencers can be captured wearing/using online.  During the pandemic, a vast array of retailers have released t-shirts paying homage to healthcare workers and are donating the money raised from their sale to NHS charities and trusts.

However, alongside these are versions available from print-on-demand clothing companies which allow users to buy and sell custom t-shirts, where there is little or no indication as to where the funds are going.  In these circumstances, and without having a registered trade mark in place, charities’ names/logos can be easily and readily reproduced on clothing without receiving any of the money raised.

Finally, the issue of the misuse of charities’ names/logos in marketing by other brands, as noted by Thunberg, can also be addressed by obtaining registered trade mark protection.

Given the growing awareness of the climate crisis and noting the surge in popular demand for more ethical products, many companies have been engaging in a process of ‘greenwashing’ (i.e. conveying the false impression that their products are eco-friendly).

As part of this strategy, they might imply a connection with a particular activist, cause or charity in order to appear more environmentally-friendly and thus capitalise on the current mood.  Having a trade mark in place will enable non-profits to prevent third parties from using their name/logo in the course of trade in such cases, and also protect them from the potential damage that an unfavourable association might have.

Trade marks are therefore significant across all aspects of public life, and Thunberg’s actions demonstrate that their value within the non-profit sector should not be underestimated.