Kim Kardashian, David Beckham, Rihanna - they all have one thing in common - trade marks. See which other celebrities made our trade marks hall of fame. 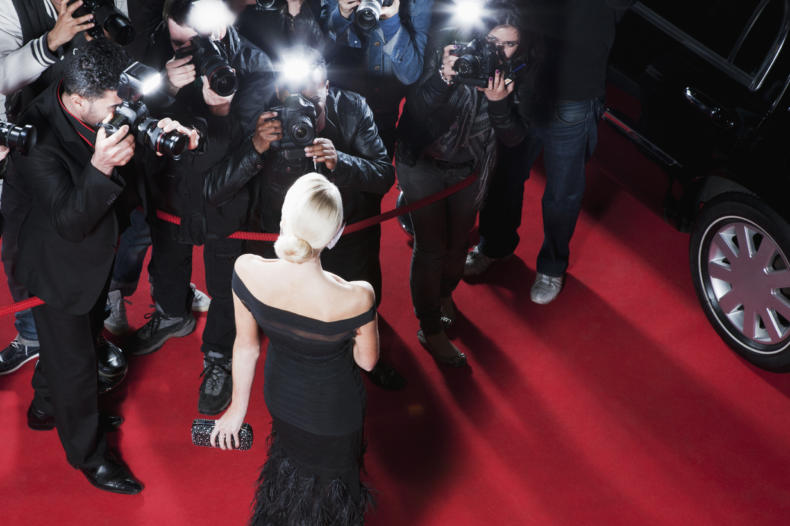 Numerous celebrities use trade marks to build brands. From Rihanna to the Beckhams, making money from your name is big business.

Building and maintaining a strong portfolio of trade marks is vital to anyone seeking to maximise the value of their brand.

Chartered Trade Mark Attorney, Jennifer Heath, has picked out ten famous personalities for our trade marks hall of fame. Some of the stars below might surprise you. 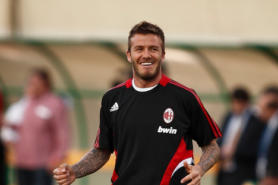 The Beckham family owns a number of trade marks, including for all of their names; their surname; and variations of these.

At the time of writing, the children’s forenames plus surname are registered at the EU Intellectual Property Office (EUIPO) in the name of Victoria Beckham, as parent and guardian; whilst David and Victoria Beckham hold their own trade marks for their respective names. David Beckham owns the trade mark BECKHAM.

The family also owns a number of trade marks under a company name, for example BECKHAM SIGNATURE STORY and INTIMATELY YOURS.

There can be benefits to holding a trade mark in the name of a company or an individual. It is worth speaking with a Chartered Trade Mark Attorney to ascertain the best form of ownership for you, and to discuss whether any agreements might be appropriate for marks in which multiple parties hold an interest.

Following his success at the London 2012 Olympics, Mo Farah registered his signature “Mobot” sign as a trade mark.

Mo Farah’s “Mobot” silhouette trade mark covers various goods such as sports clothing, books, miniatures and models, and computer games. A trade mark must be able to identify the origin of the goods/services that it covers in order to be distinctive.  This mark would be considered distinctive if it is accepted that consumers, upon seeing the “Mobot” sign in relation to the relevant goods, would consider the goods to originate from Mo Farah. 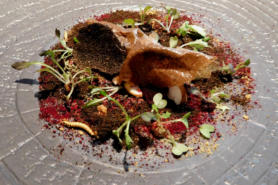 In addition to being famed for his more eccentric dishes, such as SNAIL PORRIDGE, for which he holds a word and figurative (stylised) trade mark under a company name, he also holds a UK trade mark for HESTON BLUMENTHAL’S TRIPLE COOKED CHIPS in his own name.

Heston is credited with developing the cooking method for triple cooked chips, served at his restaurant THE FAT DUCK - also a registered trade mark.

The creation of a new product, such as triple cooked chips, does not grant the developer exclusive rights in an arguably descriptive name. Trade marks must be distinctive and the ability to prevent third parties from using a mark that is descriptive for the associated goods/services is reduced and can even be non-existent.

It is prudent to use and apply for a distinctive sign for even new products so that consumers will recognise goods/services as originating from you now and in the future.

Sir Cliff Richard owns a number of trade marks for his name, including for his signature.

He also owned a stylised trade mark for “Cliffs 50 ANNIVERSARY”, which has now expired. In the UK, trade marks must be renewed every 10 years after filing, otherwise they expire, but can last perpetually if renewed.

It can sometimes be appropriate to file for a trade mark to ensure protection is in place for a specific amount of time, or to ensure that there are exclusive rights to use a mark in relation to goods/services sold or released for a specific occasion/event, such as a 50th anniversary.

Trade marks can be cancelled by third parties if they are not used within a certain time. Trade mark owners might therefore require protection for a specific interval to deter counterfeiters and infringers, but can then leave a mark to expire upon renewal if they are no longer using it or do not consider it commercially worthwhile 10 years later.

A Chartered Trade Mark Attorney can assist you in regular maintenance of your trade mark portfolio. 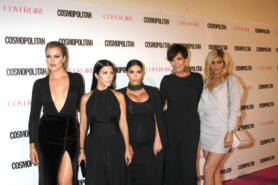 Trade marks such as KARDASHIAN KOLLECTION and KARDASHIAN BEAUTY are jointly owned by Kourtney, Kim and Khloe Kardashian under their respective company names.

The law on joint ownership can vary between jurisdictions and it is advisable to check with a local lawyer any specific queries that you may have. As a general rule, it is recommended to set out an agreement in writing at the outset to include provisions relating to use and termination.

A maximum of six marks can be filed as a series of marks in a single trade mark application at the UK IPO, which can be useful when you have different variations of your trade mark.

Each mark within the series must look/sound/mean the same and any differences between them must be minor so as not to affect the overall identity of the trade mark. The EUIPO does not recognise series marks and a separate EU trade mark must be filed for each version.

Nicola Adams holds a figurative trade mark (see image) filed as a series of marks in a number of colour inversions. A series of marks can also be used for other types of mark, including words, however it is recommended to speak with a Chartered Trade Mark Attorney to ascertain the likelihood of the UK IPO accepting a particular series of marks. 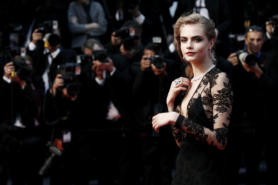 Cara Delevingne has registered her name as a trade mark at the EUIPO, which provides her with an exclusive right to use and license the registered mark throughout the EU.

Cara Delevingne’s trade mark filed in 2012 covers various goods such as perfumes, jewellery, handbags and clothing.  She filed another trade mark for her name in 2015 to cover goods such as sound recordings and posters, as well as various entertainment services.

Trade marks cover specific goods and/or services and it is not possible to “add” goods or services to a trade mark after it has been filed as this would expand the scope of protection. 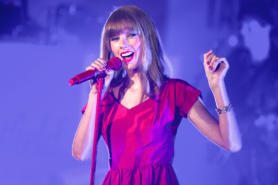 American singer-songwriter Taylor Swift has utilised the World Intellectual Property Organisation’s (WIPO) International Trademark System to obtain trade marks for the word and signature versions of her name around the world.

Using the US as her office of origin, she has chosen various territories outside of the US to designate protection using the International Trademark System, including Australia, Switzerland, China, Colombia, Iceland, the European Union, the UK, Japan, Mexico, Singapore and New Zealand.  Each designation of an “international registration” is examined according to the rules within that jurisdiction.

It is possible to add territories to an international registration at a later date, which can be a useful way to spread costs.

There are various pros and cons to using the International Trademark System and it is advisable to discuss the international strategy of your business with a Chartered Trade Mark Attorney. 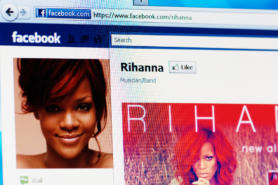 Rihanna has registered trade marks for a number of signs including RHI RHI, RIRI, FENTY and other marks covering fragrance or clothing such as REBELLE BY RIHANNA and FENTY BEAUTY.

Some of these are EU trade marks which “claim priority” from earlier-filed US marks and are treated as having the same filing date as the earlier US marks.

In such cases, the US mark was the first filing of a particular trade mark for specific goods/services by Rihanna’s company, and then the EU trade mark was filed within six months of the first US filing.

The new EU trade marks would then be treated as having been filed on the same date as the US mark.  This can assist in spreading the costs of trade mark filings and can also be advantageous in registry and infringement proceedings to illustrate earlier rights.

There are certain criteria to fulfil in order to successfully claim priority and it is advisable to discuss this with a Chartered Trade Mark Attorney. 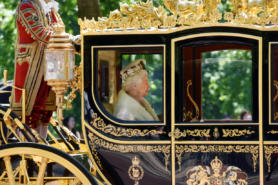 Unlike the above celebrities, the British royal family enjoys additional protection to deter third parties from using their names, titles and images.

Under current UK law, the registration of marks denoting a link with the royal family are prohibited, although these rules can be relaxed with consent, as they were for souvenirs after the recent Royal wedding.

UK Trade Marks law also allows the royal family to prohibit the names of members being registered in or as trade marks without the consent of The Queen or the relevant member of the royal family.