How can politicians use music during their campaigns, seemingly without the artist's consent? 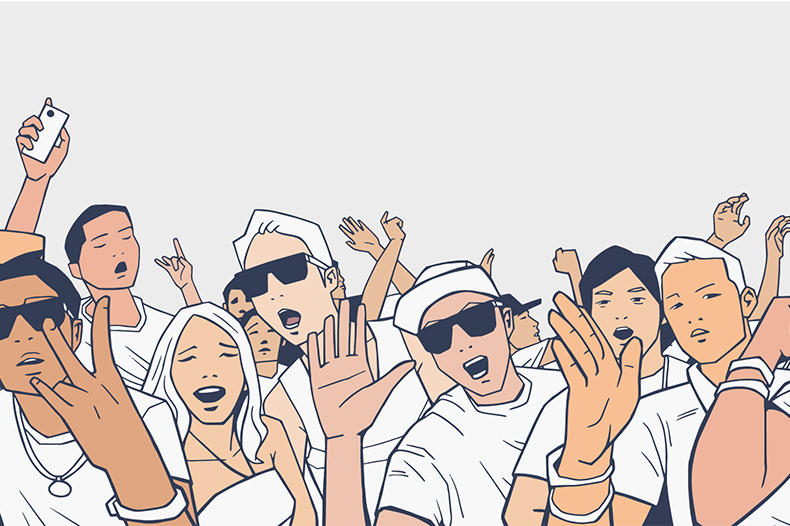 We explore the difference between public performance rights (PPR) in the UK and the US.

Music has a unique ability to inspire and motivate, so it is unsurprising that politicians regularly seek to increase their cultural capital by using popular music during their election campaigns.

However, the use of music in political campaigns has become a heated topic – particularly in the US.

Artists have expressed concerns that use of their work could be construed as an endorsement of a particular candidate and their policies.

In July 2020 over 50 artists, including Rihanna, Adele, and The Rolling Stones, signed an open letter calling for US campaign organisations to "establish clear policies requiring campaigns to seek consent" from artists.

So how is it that politicians can use music during their campaigns, seemingly without artists’ consent?

Generally, public performance rights (the right to play or perform music in public) are licensed under a blanket licence granted by a collective management organisation (CMO) within the relevant jurisdiction.

Rightsholders will join a CMO as members and instruct it to license PPR on their behalf. In return they receive royalties.

But not all CMOs work on the same basis, and there are different types of licences depending on usage.

If a venue has a public performance licence from a CMO, such as the American Society of Composers, Authors, and Publishers (ASCAP) or Broadcast Music, Inc. (BMI), the venue can play recorded music at its events.

However licences for venues where political rallies are likely to be held, such as convention centres and hotels, generally exclude the right to play music at events organised by a third party.

To cover this use, ASCAP and BMI offer licences specifically for political campaigns, which let campaigns use recorded music wherever they go.

The licence is granted to an individual candidate’s specific campaign and extends only until they are sworn into office.

The fact that many artists and record labels are represented by CMOs, and use of their music is covered by the licences granted by these CMOs, means that it is difficult for the artists to take legal action to stop their music being used by political campaigns.

However this could be about to change.

In June 2020, The Rolling Stones threatened legal action against Donald Trump if he continued to use their song “You Can’t Always Get What You Want” as the closing theme for his rallies.

The band had sent numerous cease and desist directives to Donald Trump without success, so they took the further step of asking ASCAP and BMI to remove their songs from the list of works offered to political campaigns.

Similarly, Neil Young filed a claim for copyright infringement against Donald Trump in August 2020 for the use of his songs “Rockin’ in the Free World” and “Devil’s Sidewalk”, which were played at Donald Trump’s Tulsa rally in June 2020.

ASCAP has confirmed that both songs have been removed from ASCAP’s political licence.

The legality of this approach is uncertain. Both CMOs believe the artists they represent can withdraw material under certain conditions, including if a particular use could damage the economic value of a song’s copyright.

However, whether such withdrawals are actually permitted under the CMOs’ regulatory agreements with the federal government, which were instituted to prevent anticompetitive conduct, remains to be seen.

PPR are licensed in the UK by PPL PRS Limited, a joint venture between the UK’s two music CMOs, Phonographic Performance Limited (PPL) and the Performing Right Society for Music (PRS).

The CMOs established the joint venture to combine their public performance licensing activities, as the organisations cover related but distinct areas:

PPL PRS Limited licenses the right to play or perform music from the PPL and PRS repertoires in public under a single licence called TheMusicLicence, which was launched in February 2018. This covers the vast majority of commercially released music available from around the world.

Various tariffs are applicable to different uses under the licence. For election campaigns, the PPL tariff covers the “public use of sound recordings solely as background music during an election campaign by a single candidate”.

Further candidates can be added to the licence for an additional fee and, as with the US licences, the term of the licence is limited to one election period.

Perhaps the most important note on the tariff is the requirement for the applicant to provide PPL with written permission from the record companies involved before PPL will issue a licence.

This is in contrast to the ASCAP guidelines, which simply recommend that the campaign organisers contact the management for the artists and/or songwriters of the music they wish to use and obtain their permission.

Such exclusions include any playing or performance of music that:

The fact that permission from rights holders for use of their music in political campaigns is not only an integral part of the political campaign licence itself but is also a prerequisite to obtaining a licence, has led to a reduction in incidences of artist complaints about the use of their work by politicians in the UK.

Perhaps the calls from artists in the US requesting that campaign organisations seek consent from songwriters and artists to use their music will eventually see the US CMOs imposing a similar requirement.

Cooking up a storm