UK IPO finds some cause for indirect confusion in Jammin CBD

Looking for a masterclass in the case law on confusion and evidence? 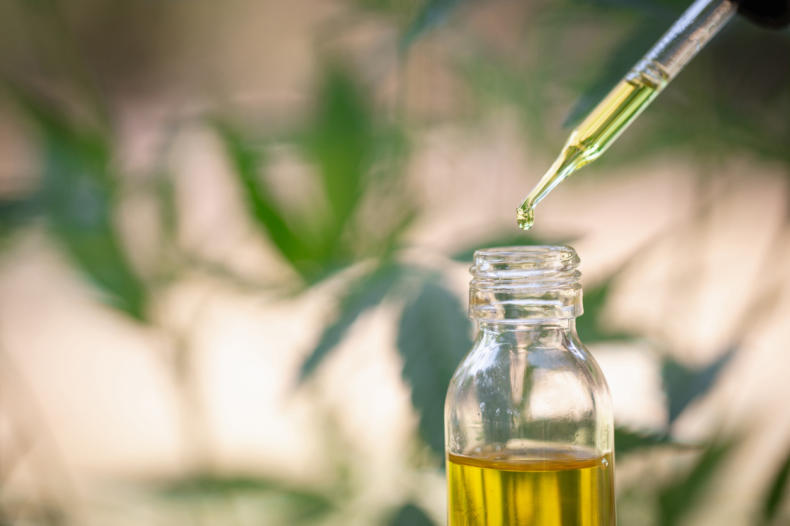 Here the UK IPO offered a thorough overview of the authorities, explained notional use in detail, called out a contradictory argument, and delved into the nooks and crannies of the parties’ particular marketplaces.

In the UK IPO decision in O/534/19, the UK IPO has partially upheld an opposition on the basis of a likelihood of indirect confusion under s5(2)(b) of the Trade Marks Act 1994 (TMA) between two marks in class 34, both shown below.

Majid Khan (the Opponent) filed an opposition under ss5(2)(b) and 5(4)(a) TMA against all the goods applied for in a UK application for the JAMMIN CBD and device mark (the mark applied for), owned by Refill 2 Save Ltd (the Applicant). The opposition was based on the Opponent’s earlier UK trade mark (UKTM) registration for the mark Jammin (stylised) and heart device.

Importantly, the Opponent’s earlier registration had been registered for less than five years and was not therefore subject to proof of use in the proceedings.

The Opponent argued that there was a likelihood of confusion under s5(2(b) TMA because the marks were similar and the goods were identical or similar, and also argued that the Applicant was passing off under s5(4)(a). The Opponent claimed the following in its statement of grounds and submissions:

The Applicant denied all of the Opponent’s grounds and claims, and filed submissions arguing the following:

The Applicant accepted that JAMMIN was a slang term with a variety of meanings, which included the Opponent’s reference to music and Bob Marley.

The Opponent’s evidence was surprisingly brief, bearing in mind that one of the grounds of the opposition was s5(4)(a). It comprised of: a witness statement and exhibits from a representative that aimed to demonstrate the Opponent’s use of the earlier mark and that the relevant public associated it with the earlier mark; exhibits consisting of undated print-outs from three websites showing two of the Opponent’s products for sale and two Google searches for JAMMIN VAPE.

No sales figures or invoices were included.

The Applicant’s evidence was considerably lengthier and comprised a witness statement from its representative and from the Applicant’s Managing Director. The nine exhibits included the following:

Interestingly, the Opponent did not file evidence in reply, and neither party requested a hearing or filed written submissions in lieu of a hearing. The Hearing Officer (HO) therefore based the decision solely on the papers.

The HO provided a detailed analysis of the law governing ss5(2)(b) and 5(4)(a) TMA, and of the parties’ evidence and submissions. The HO also referred to cases concerning the complementarity of goods, namely, the CJEU decision in Kurt Hesse v OHIM (C-50/15 P) and the General Court decision in Boston Scientific Ltd v OHIM (T-325/06), and noted that s5(2)(b) required “at least some degree of similarity”.

With regard to the comparison of goods, the HO felt the need to make some preliminary points, as it appeared that there was a “misapprehension” of the legal test under s5(2)(b), and specifically the concept of notional use (ie that the HO had to consider all of the goods covered by the mark applied for and whether they were similar to the goods covered by the Opponent’s registration across the full breadth of the respective specification of goods).

The Opponent’s registration was not subject to proof of use, and therefore it did not matter whether in practice the parties operated in different areas of the vaping market.

With regard to the comparison of goods, it appeared that there was a “misapprehension” of the legal test under s5(2)(b)

As a result, the HO made short shrift of the Applicant’s arguments that the respective goods in class 34 were not similar. Clearly, there was no restriction of either specification, and therefore it did not matter whether the Applicant’s goods were CBD related, or the Opponent’s goods focused on “jam” flavoured e-liquids. The HO also pointed out to the Applicant that the CBD element in the mark applied for could not act as a specification limitation and was not relevant to the similarity of goods assessment under s5(2)(b).

On this basis, it is not a surprise that the HO found the respective class 34 goods to be identical. With regard to the Applicant’s goods in classes 29 and 30 and the Opponent’s class 34 goods, the HO rejected the Opponent’s argument that these were similar because e-liquid products could be available in a dessert flavour.

Interestingly, the HO noted that while there was no evidence that the goods would be purchased by the same consumers in the same retail outlets, even had this been accepted it was important not to give it too much emphasis as this “would make similar goods of all kinds”. Clearly, the HO was not prepared to open up the floodgates by allowing similarity purely on the basis that the consumers were the same. The goods were therefore dissimilar.

The HO was not prepared to open up the floodgates by allowing similarity purely on the basis that the consumers were the same. The goods were therefore dissimilar.

With regard to the average consumer and the manner in which the goods would be selected, the HO confirmed that this was the general public over the age of 18, including smokers. The HO took the view that the average consumer would pay at least a medium level of attention when selecting the goods, as they were neither expensive nor cheap and consumers would want the correct strength and flavour.

Turning to the comparison of the marks, the HO noted that while it “would be wrong …artificially to dissect the marks” it was important to assess the relative weight of the components of the respective marks that were not negligible, because this contributed to the overall impression. The HO noted that while both marks contained two figurative elements the “dominant impact” of the Opponent’s mark was made by the word JAMMIN.

The Applicant had essentially contradicted itself: on one hand saying that CBD was distinctive, and on the other that it was essential to identify a key ingredient.

Phonetically, the HO considered that the respective marks were similar to a high degree because they coincided in the identical word JAMMIN and CBD was non-distinctive.

Conceptually, the HO dismissed the Applicant’s arguments because again, evidence relating to how the Opponent used the mark in the marketplace was irrelevant. The HO considered that, in the context of e-cigarettes and e-liquid products, both marks had the potential to convey the concept of either music or relaxation.

Had the Opponent claimed enhanced distinctive character, its evidence was “completely inadequate” to demonstrate this

In determining whether there was a likelihood of confusion, the HO noted that confusion can be direct or indirect and cited the summary by Appointed Person Mr Ian Purvis Q.C. in L.A. Sugar (BL-O/375/10).

Importantly, the HO also noted that a similarity between goods and services was essential for finding a likelihood of confusion. On this basis, the opposition under s5(2)(b) failed in respect of the Applicant’s class 29 and 30 goods but succeeded in relation to the identical class 34 goods, because, in the HO’s view, phonetic considerations could not be ignored in the consumer selection process.

The HO found that there was indirect confusion, as the shared verbal element JAMMIN played “an independent, distinctive and dominant role” and was the element the average consumer was likely to remember. The stylisation and figurative elements did not overcome this and the public would think both marks belonged to the same trade mark owner.

In considering the Opponent’s case under s5(4)(a) in relation to the remaining class 34 goods, the HO referred to the useful summary of the passing off requirements by HHJ Melissa Clarke in Discount Outlet v Feel Good UK ([2017] EWHC 1400 IPEC) and the relevant date for passing off in oppositions being the filing date, as noted in SWORDERS (O/212/06).

It was clear to the HO that the Opponent’s evidence was wholly inadequate to match its claims and establish a protectable goodwill. Specifically, it was limited to how it presented its goods to potential customers and contained no sales figures – which were essential in order for the HO to find there was a protectable goodwill.

This decision is notable for the HO’s assessment of the case law and principles relating to a likelihood of confusion, notional use, the standard of evidence expected to demonstrate goodwill when claiming passing off under s5(4)(a) TMA, and the importance of not contradicting your own arguments in relation to non-distinctive elements.

The HO also made an unusual effort in communicating a clear understanding of the parties’ areas of trade and identifying and explaining why certain arguments that were put forward had no relevance to the legal principle of likelihood of confusion, particularly for registrations that are not subject to use requirements.

It is surprising that the Opponent did not file evidence in reply, since this may have been an opportunity to file further evidence to substantiate its claim of goodwill.