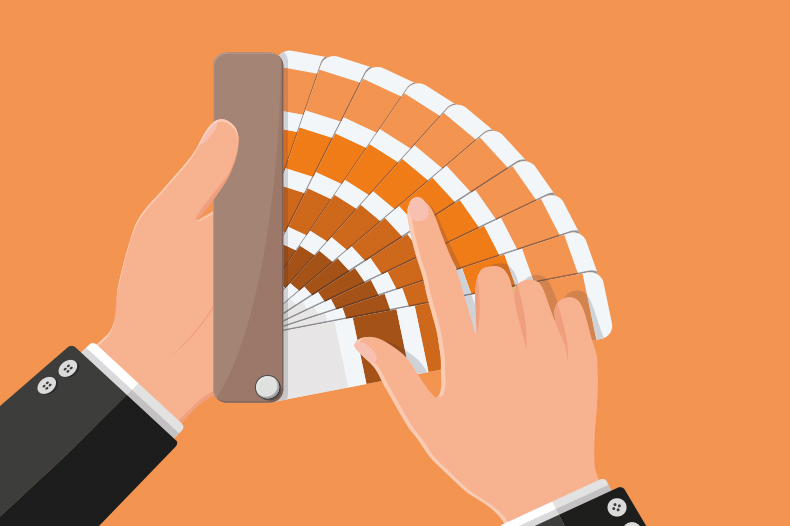 On 15th September 2021, the General Court (GC) ruled on the nature of MHCS’ orange rectangular mark, finding that the EUIPO had the power to reclassify marks on its own motion – in this instance, from a figurative mark to a colour mark.

In 1998, SA Veuve Clicquot Ponsardin (the legal predecessor of the Applicant, MHCS) applied to register the EU trade mark shown opposite in class 33 (champagne wines), claiming protection under the heading “colour claimed”.

The application was refused on the ground that it was devoid of any distinctive character under Article 7(1)(b) EUTMR.

The examiner also claimed that, as the application claimed a specific colour mark, the Applicant had erroneously ticked the “figurative mark” box rather than the correct box, “Other”.

The Applicant appealed twice from the examiner’s decisions. The Second Board of Appeal initially ruled that the application must be viewed as being for a colour mark, and subsequently that the mark had acquired distinctiveness through use.

Although the Second Board of Appeal acknowledged that colour marks are difficult to register in practice because the public is not used to seeing colour as an identification of commercial origin, the mark nevertheless proceeded to register as a figurative mark in 2007 as No. 747949.

In 2010, that EU registration was then assigned to MHCS.

In 2015, Lidl Stiftung & Co. KG (Lidl) filed an application for a declaration of invalidity against the mark, on the basis that specifying the colour shade using a scientific definition was not sufficient and that the mark lacked distinctive character.

The Cancellation Division dismissed Lidl’s invalidity claim, following the Second Board of Appeal in treating the orange mark as a colour mark per se (despite the “figurative” registration) and finding that MHCS had submitted adequate proof that the orange mark enjoyed widespread recognition throughout Europe in relation to champagne.

In particular, it found that the choice of the type of mark was for the applicant to decide and could not be considered a “manifest error” in the present case. Further, the Second Board of Appeal had not been empowered to reclassify ex officio the contested figurative mark as a colour mark.

The GC upheld the appeal. It considered that the question of the nature of the contested mark had not been submitted by the parties before the First Board of Appeal. It found that the examiner had wrongly failed to rectify the registration of the contested mark as “another mark” or a “colour mark” instead of as a “figurative mark”, but nevertheless this question did not concern a relevant fact or essential procedural requirement.

Accordingly, the First Board of Appeal had exceeded its jurisdiction by addressing facts and issues which had not been raised by the parties.

Further, Article 94(1) EUTMR states that decisions of the EUIPO “shall be based only on reasons or evidence on which the parties concerned have had an opportunity to present their comments”.

The GC reiterated that the right to a defence is a general principle of EU law, and it was clear from the case documents that the First Board of Appeal had not raised with the parties the question of the nature of the contested mark.

In so doing, it had infringed the Applicant’s rights of defence. As a result of the above findings, the GC annulled the decision.

According to the GC, the EUIPO had the power to, and indeed should have, reclassified the orange mark from a figurative mark to a colour mark on its own motion.

It is unclear whether the power of the EUIPO to reclassify a mark should be interpreted as limited to the specific facts of this case, or whether it should be applied more widely.

It is also difficult to reconcile this decision with the principle that the EUIPO should intervene ex officio only where a “manifest error” has taken place and not when the applicant had made a conscious decision (ie, intentionally ticking the figurative mark box as opposed to a different box).

The fact that the Applicant never requested that the contested mark be reclassified as a colour mark in the EUIPO’s database is further indication that the election of a “figurative mark” had not been made in error. Finally, the question of whether the scientific definition claiming a specific orange shade was sufficiently objective to register a colour mark has not been addressed by the court.

Trade mark owners are aware of the many difficulties and complications of securing a colour mark registration. In a twist to this experience, MHCS is now the owner of a colour mark without having ever actually applied for one.