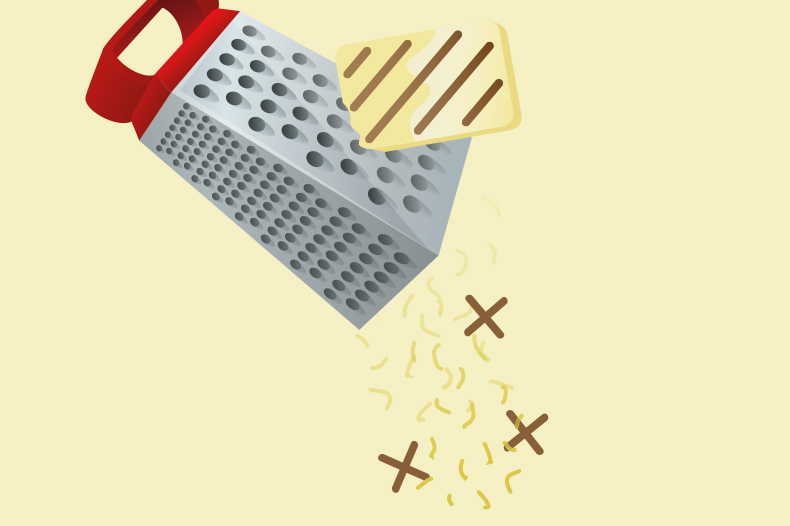 This case is an appeal against the Board of Appeal’s (BoA) decision to uphold earlier decisions in this matter, which had started with the Cancellation Division refusing the application by the Foundation for the Protection of the Traditional Cheese of Cyprus named Halloumi (“the Foundation”) to declare the figurative trade mark shown opposite (“the contested mark”) invalid. The General Court (GC) also made some illuminating comments about the policy regarding EU collective marks.

The basis of the opposition to this trade mark was the EU collective word mark for the word HALLOUMI (No. 1082965), which is owned and robustly enforced by the Foundation. In this case, the Foundation was unsuccessful as its appeal was dismissed once again.

The contested mark was registered not just for cheese (as is the Foundation’s collective mark) but also for a range of other products, including eggs, compotes and preserves.

The Foundation argued that the BoA had been wrong to find that, for example, eggs “do not have the same nature as cheese”, which led to the somewhat bizarre but zoologically inarguable finding from the GC that, “as regards eggs, although they are indeed goods of animal origin, as is cheese, these generally come from hens, or even ducks, and not from cows or goats”.

The GC concluded that the BoA had erred in its findings that some of the goods (meat, fish, poultry and game; meat extracts) were different from cheese, and that there was a degree of similarity, albeit a weak one. As such, there should have been a global assessment of the likelihood of confusion in relation to those goods.

The GC considered Article 74(2) EUTMR, which is a derogation from the usual absolute grounds of refusal only to the extent that marks that designate geographical origin are not excluded from registration as EU collective marks. What that derogation does not do is remove the need for a collective mark to also be distinctive.

The word “Halloumi” is a generic name for a type of cheese produced in Cyprus. As such, the inherent distinctiveness of the mark is weak. It 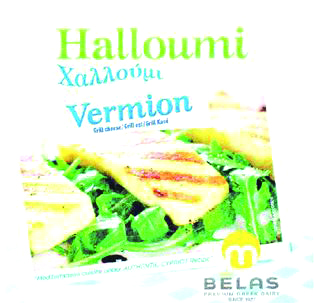 follows that the protection conferred by the Foundation’s mark is coextensive with its ability to fulfil its essential function of distinguishing the goods of the Foundation’s members from other undertakings. In its arguments, the Foundation asserted that this reasoning would effectively deprive the mark of the rights it confers on its members, but the GC disagreed.

Having assessed the Foundation’s mark as having its scope limited due to its scant inherent distinctiveness, the GC also commented that the mark could be sufficiently protected, and – implicitly – may more suitably be protected by the separate regime of rules governing protected geographical indications.

The BoA had felt that the contested mark had no “meaning” against which to draw a conceptual comparison with the Foundation’s mark. In this appeal, the GC considered that there was a conceptual similarity, as the contested mark includes the word “Halloumi” and an image of grilled cheese, but the degree of conceptual similarity was low. This was because of the presence of additional words and concepts – “vermion” and “belas” – which added more whimsy to the mark.

Even having found that the BoA made some errors in its assessment in both the comparison of the goods and of the marks themselves, the GC reached the same conclusion as the BoA, finding no likelihood of confusion between the marks.

The Foundation argued that the BoA had erred when testing for bad faith because it had started from the wrong premise: namely, that the Foundation’s mark was purely descriptive. The Foundation also asserted that the wrong test was used, since the BoA found no dishonest intention from the proprietor of the contested mark, arguing that this was not the appropriate criterion under the Court’s case law.

The GC did not see an inconsistency: bad faith presupposes a dishonest state of mind, and this must be understood in the trade mark context of the course of trade. This is equivalent to the question of whether use of a mark is in accordance with honest practices in industrial or commercial matters. Even if the applicant knew a third party was using a similar or identical sign, this is not sufficient to lead to a conclusion of bad faith. The Foundation’s request for invalidation was again refused.

This decision will have come as a blow to the Foundation, with the GC emphasising that the collective word mark HALLOUMI for cheese does not confer “an exclusive right to use the word ‘Halloumi’… in all circumstances”. In this case, the Applicant for the contested mark, not a member of the Foundation, was allowed to continue using its contested mark.

The GC stressed the weakness of the Foundation’s mark as a distinctive trade mark and echoed the comments of Advocate General Juliane Kokott in another matter involving the Foundation1, that the protection required could be better achieved by the geographical indication rules.

Overall, this latest judgment may give pause to those seeking to enforce collective marks, particularly descriptive or non-distinctive ones.