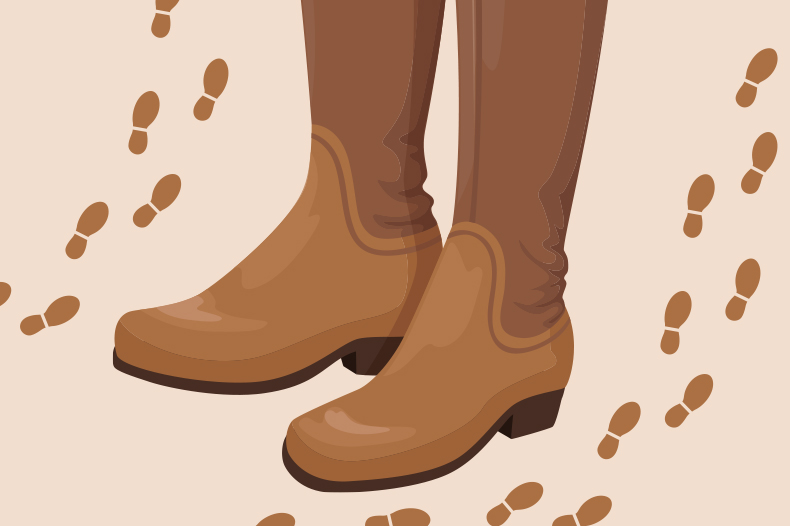 The crux of this case was a dispute regarding a fashion riding boot that was copied through multiple variations and sold to consumers.

The Claimants relied on both registered and unregistered rights in the design of the boot to allege infringement by the Defendants, which had released three variations of a similar boot.

The judge ultimately found that the Claimants’ registered and unregistered design rights were valid, and that the Defendants had infringed the original design in two out of three of the variations.

This a refreshing example of a registered design being found valid and infringed. While this judgment did not break new ground, the judge usefully reiterated the relevant elements to consider when submitting evidence and the tests parties should have in mind in considering both prior art and design infringement.

Fairfax & Favor (F&F) is a luxury leather business, and this case centred on its design of a fashion riding boot known as the Heeled Regina.

This is a tall, sleek, riding-style boot with an elasticated gusset down the length of the back. It was designed by Mr Parker, a director and employee of F&F. Manufacturer Lazo y Duque produced the prototypes.

In relation to the design of the Heeled Regina, F&F filed a Registered Community Design (RCD) on 21st January 2016 for footwear, relying on seven distinct features of the boot, including decorative features such as a fan and tassel.

As a result of F&F’s design infringement concerns, Bruar modified its design twice, resulting in Versions 2 and 3; both would come under scrutiny in the proceedings.

Throughout 2015 and 2016, F&F and Bruar were in discussions regarding a proposed commercial agreement, but this was unsuccessful and did not result in any sales.

However, in 2016, a Bruar employee purchased a Heeled Regina boot using the company credit card and ordered the boot to be delivered to the designer of Bruar’s 2017/18 catalogue.

This catalogue contained images of both the Heeled Regina and Bruar’s Version 1 boot.

Shortly after, Bruar placed an order for the Heeled Regina boots with F&F. F&F believed that this order signalled that Bruar would be stopping the sale of the Version 1 boots and so decided not to issue a letter of claim for infringement.

However, Bruar continued to sell the Version 1 boot and advertised both boots in its 2018/19 catalogue. This prompted F&F to send a letter of claim to Bruar, and Bruar developed the Version 2 boot as an alternative.

In August 2019, F&F issued design infringement proceedings against Bruar, alleging that its Version 1, 2 and 3 boots infringed the design rights in the Heeled Regina, relying on the UK equivalent of its RCD, and the UK unregistered design rights.

Bruar contested the validity of F&F’s designs and the RCD. It alleged that UK unregistered design rights did not exist in the Heeled Regina boot designs, whole or partial, due to the design being “commonplace”.

The judge was required to analyse the following five pieces of prior art relied upon by Bruar:

Although the judge commented that the prior art did “share a number of features with the F&F designs in issue, such as a tassel hanging from the zip pull and a perforated or decorated fan shape at the top of the boot”, she held that none of the prior art had all of the relevant features of the Heeled Regina.

The Cejudo boot was possibly Bruar’s strongest argument in terms of similarities to the Heeled Regina.

Although any similarities were denied by F&F from the outset, F&F also argued in the alternative that even were the Cejudo boot similar, this was not sufficient to suggest its designs to be commonplace because the Cejudo design was obscure.

Individuals from both the Claimant and Defendant stated that, despite being aware of Valverde, they had not heard of the designer, Mr Cejudo. Further, Bruar had supplied detailed evidence of its prior art searches, a decision that proved fatal to its defence.

The Cejudo design was not found in the Defendants’ initial comprehensive prior art searches, but instead through a separate lengthy and thorough research process.

As such, the judge considered the Cejudo boot to be obscure prior art and held that the Defendants had not shown that the Cejudo boot (or any of the other prior art relied upon) were in the minds of the designers of the Heeled Regina at its creation.

The Heeled Regina was deemed not a commonplace design, with the judge commenting: “So far as the Heeled Regina is concerned, it seems to me that it is not, as [Bruar] contended, a design consisting simply of a combination of run-of-the-mill features”. Consequently, the design rights were valid.

This is especially necessary in relation to fashion goods, as certain arrangements of individual features often create an aesthetic effect that elevates the item above the commonplace.

Here, the judge held that the combination of particular features did not produce a new aesthetic effect and so the partial designs were commonplace. As such, unregistered design rights did not subsist there.

The judge also held the RCD to be valid on the basis that the elasticated gusset or rear panel, indicated to the informed user by the vertical lines on the back view of the representation, distinguished the Heeled Regina from the prior art.

The judge then considered the question of infringement, stating that “s226(2) [of the Copyright Designs and Patents Act 1988] is clear: infringement requires copying and the allegedly infringing design must be made ‘exactly or substantially’ to the design”.

In relation to the notion of copying, the Court was shown a range of correspondence in which Mrs Meikle of Bruar referenced F&F when discussing pricing or designs with other parties. Mrs Meikle then attempted to explain these through varying excuses such as competition.

However, the judge found the response “incredible”, concluding that “the denial of copying is incompatible with the documentary evidence”.

Therefore, it was held that Bruar’s Versions 1 and 2 boots had infringed F&F’s Heeled Regina design. However, largely due to the lack of an elasticated gusset, Version 3 did not infringe the Heeled Regina.

This case confirms the potential positive and negative impact that reliance on extensive prior art searches can have on a party’s case for validity.

Having a range of prior art can be a useful tool to counteract notions of novelty of design, but having multiple earlier designs to rely upon that do not have many similar features to the disputed design may not be worth the time and expense, as they can potentially demonstrate design freedom.

Further, although some defendants may be eager to conduct detailed searches to find extraordinary cases of similarities, we see that exceedingly obscure prior art may not be useful in showing that a design is invalid.

In fact, such obscure prior art could strengthen the claimant’s case by highlighting both the novelty of the design and the broad scope of design freedom.

Those bringing invalidity claims should consider specifically whether the prior art really could have been current in the thinking of designers in the field at the time of creation of the designs.

Indeed, this case provides a further warning against supplying detailed evidence of any lengthy and thorough searches conducted in an attempt to support an application against novelty.

Here, defendants risk their evidence being used against them to suggest the prior art was obscure due to the sheer amount of effort taken to search for them.

Consideration should also be given as to what makes a design stand out. A comparison between the disputed design and prior art must not simply focus on similarities and differences between individual design features but look at the aesthetic of the design and the features as a whole.

Finally, this case shows the importance of documentary evidence when demonstrating copying for infringement. Companies should heed Bruar’s downfall here and may want to educate their designers and buyers as to how their emails and correspondence can be used to demonstrate copying of other brands.

Note: To the authors’ knowledge, this case is not under appeal.