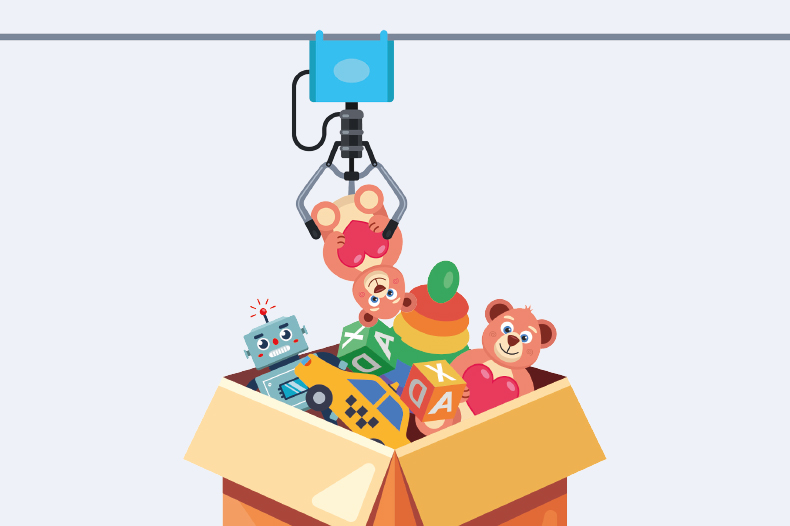 A recent IPEC decision found that use of the names FUNTIME FREDDY and FUNTIME FOXY in relation to licensed videogame character merchandise did not infringe earlier registrations for a series of marks used on toys for babies and toddlers.

It also owns a UK registered trade mark in class 28 consisting of a series of three word marks – FUNTIME, FUN TIME and FUN-TIME (the Marks) – and an EUTM (and subsequent UK clone registration) for FUNTIME.

These are all registered in respect of “games, toys and playthings and electronic games”.

These goods include plastic figurines and plush toys representing characters from the popular series of video games known as Five Nights at Freddy’s (FNaF).

Two characters from the fifth game in the FNaF series, launched in 2017, are called FUNTIME FREDDY and FUNTIME FOXY (the Names).

Funko raised a defence that the Names were not being used in a trade mark sense but to descriptively reference characters from the FNaF game. The Defendant was also put to proof of use of its Marks. Ultimately, the judge rejected all three heads of claim.

However, the judgment raises interesting points regarding evidence of both use and enhanced distinctiveness.

When challenged to prove use of the Marks, Luen Fat provided evidence only in relation to toys aimed mainly at babies and toddlers.

While Funko accepted that the Marks had been used in relation to toys, it questioned what a fair specification reflecting actual use would be. Luen Fat claimed in submissions that it produces toys for older children but did not evidence this.

As a result, the fair specification was reduced to “toys, games and playthings for babies and pre-school children”.

Notably, the Marks were often moulded into the plastic toy itself, with the goods marketed in packaging bearing the brand of the end retailer.

Invoices and shipping documents submitted as evidence of use did not reference FUNTIME but referred instead to the retailer (eg, “Wilko Play Spinning Horse”).

This limited use in conjunction with a third-party brand had a negative impact on both the assessment of evidence of use and also on the claim of enhanced distinctiveness.

The average consumer was held to be the same for the goods of both parties, paying medium attention. In the case of Luen Fat’s goods, consumers may be buying cheaper toys for babies and toddlers, but would have to be careful to ensure the toy was age-appropriate.

In the case of Funko’s goods, consumers may take some care, as they would be selecting more expensive, collectible items.

In order to prove the distinctiveness of its Marks, Luen Fat adduced evidence previously submitted to the UK IPO and EUIPO during the registration process, thereby flagging that both registries had likely required evidence of acquired distinctiveness to overcome absolute grounds objections.

The Claimant sought to rely on a previous failed invalidity attack as evidence of enhanced distinctiveness of its Marks, but this was not accepted ([2019] EWHC 118 (IPEC) ).

An overall assessment of evidence of use takes into account a wide variety of factors, including market share, intensity, geographic spread and duration of use, as well as investment into promotion of the mark.

Evidence from the trade and consumers is also relevant. While sales of more than five million toys since 2003 sounded significant, no evidence of market share was submitted.

Sales data was not divided geographically, and other types of evidence were lacking.

Ultimately, as no challenge against the validity of the Marks had been made by Funko, there was little option but to find the Marks distinctive to a minimal degree and enhanced distinctiveness existing to a limited extent in the UK (but not the EU).

In relation to s10(1), the judge considered that the average consumer would not dissect the Names but would instead consider them in their entirety. On this basis, the Marks and the Names were not identical and the s10(1) claim failed.

In relation to s10(2), despite an argument that visual and/or aural similarity was offset by conceptual dissimilarity, the Marks and the Sign were found to be similar to a medium degree.

After adjustment of fair specification, plastic figurines were considered similar goods to those of the Claimant, while plush toys were found to be identical, despite Funko’s arguments as to differing categories (toys versus collectibles).

Importantly, the plush toys were not labelled with FUNTIME. They instead featured a sewn‑in label and a swing tag referring to FNaF. Any outer packaging that might bear the Names was added by the retailer and was therefore outside of Funko’s control.

Despite the fact that it is possible in some circumstances for a sign to be both descriptive and to function as a trade mark, the Court accepted Funko’s argument that use of the Names was purely descriptive of the video game characters.

Notwithstanding this, an important consideration was whether the average consumer would consider the Names purely descriptive.

Those consumers familiar with the FNaF games or seeing the Funko products displayed for sale alongside other game merchandise (as often happened) would consider the Names descriptive and see Funko and FNaF as the indicators of origin.

Conversely, consumers buying online, where items are listed alone, and consumers unfamiliar with FNaF, would potentially consider the Names as a sub-brand with an origin function.

No evidence of actual confusion was provided, despite sales of Funko’s products having continued for some four or five years.

While the position differed for plush toys (being suited to preschool children and therefore considered identical goods), it was still held as unlikely that consumers would believe the name FUNTIME had been licensed from Luen Fat, particularly as many of the plush toys did not bear the Names at all.

In the end, no likelihood of confusion was found, even where the Names may be seen as badges of origin, leading to the failure of the infringement claim under s10(2) TMA.

Considering the earlier finding of enhanced distinctive character of the UK Mark, reputation was also found for the purposes of s10(3).

A global assessment found that the relevant public would establish no link between the Names and the Mark, particularly as the Claimant had never sold plush toys. The s10(3) claim therefore also failed.

The remaining aspects of the 10(3) claim were explored in case of appeal. Luen Fat adduced witness evidence from a school teacher that the allegedly frightening and unpleasant nature of Funko’s products would cause detriment to its Marks and risk tarnishing.

The judge, however, highlighted that Funko’s toys are actually quite cute and therefore not intrinsically scary. It is only the underlying FNaF video games that may adversely impact smaller children.

Seeking to evidence unfair advantage, the Claimant submitted that sales of merchandise built popularity for the video games (rather than vice versa). It was held that the success of Funko’s goods would stem from the link to FNaF and not the Marks, so this argument also failed.

One final note of caution: while the Court accepted that the Names were used descriptively rather than as an indicator of origin, it would not always be the case that a character merchandising licence from a third party would provide a defence of due cause to use a name.

If infringement had been found, then the licence would have been immaterial as a licensee can only license the IP rights to which it is entitled; it cannot be granted a licence to infringe the rights of a third party.

Note: It is not clear at the time of writing whether the decision will be appealed.