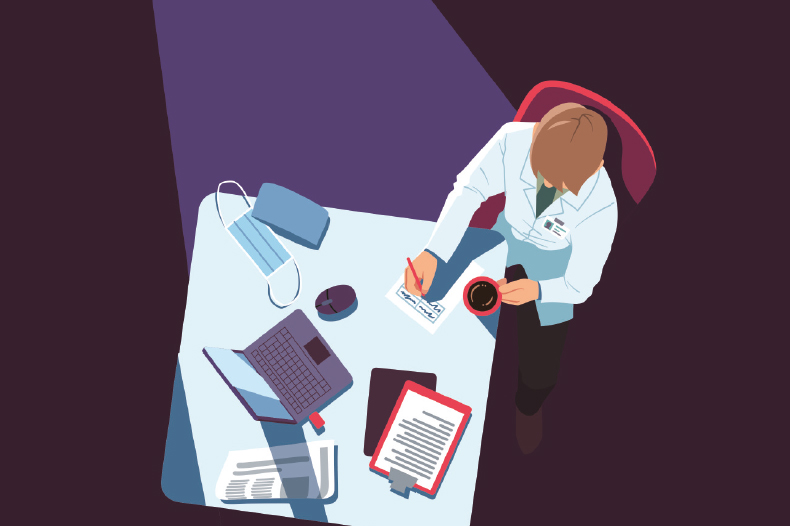 Combe International LLC (Combe) has succeeded in its claim that the use of the sign VAGISAN for female intimate healthcare products infringes its UK registered trade mark for VAGISIL.

In coming to this conclusion, the Court was persuaded by significant evidence of actual confusion and evidence of acquired distinctiveness of VAGISIL.

The Court also disagreed that the prefix VAGI or VAGIS was descriptive of female healthcare products.

The filing of an application to invalidate the later‑filed trade mark was also sufficient to counter any defence that Combe had acquiesced in the infringing use.

Since 1984, Combe has sold non‑prescription female intimate healthcare products in the UK under the VAGISIL mark. Dr August Wolff (Wolff) is a German pharmaceutical company, which expanded its offering in the 2000s to include VAGISAN Moist Cream, said to relieve “the symptoms of vaginal dryness”.

By 2012, Wolff had applied for an International Registration (IR), designating the EU and the US for the mark VAGISAN covering goods in classes 3 and 5.

Combe owns various registrations dating back to 1975 for the VAGISIL mark and opposed the US designation of the IR, which prompted settlement discussions between the parties from 2014 to 2016.

As a result of the breakdown of the discussions, the Claimants filed proceedings against VAGISAN in Australia, New Zealand, Singapore and the EU.

In December 2016, Wolff sought to increase its sales of VAGISAN in the UK by initiating a major television advertising campaign and significantly increasing its offering in major pharmaceutical retail stores.

Sales of VAGISAN increased for a period of time as a result of these efforts, as did sales of VAGISIL.

In order to monitor the effect of its advertising spend, Wolff commissioned various market research reports and Combe relied on the results of these reports to demonstrate instances of actual confusion between the VAGISAN and VAGISIL brands.

In December 2017, Combe filed invalidity proceedings against Wolff’s EU designation (which is under appeal by Wolff to the General Court of the CJEU at the time of writing).

By 2018, sales of VAGISAN continued to disappoint Wolff, so it commissioned a report from a German media auditor.

The report’s findings prompted Wolff to pivot its marketing approach and hire a British comedian as its brand ambassador for the VAGISAN product line. Wolff commissioned further research in 2019, which ultimately resulted in Wolff commencing with rebranding its VAGISAN products in the UK as DR WOLFF’S VAGISAN in 2020, work that is currently ongoing.

In its defence, Wolff argued that Combe had acquiesced in the use of VAGISAN for a period of five years, starting from 2014. Wolff also counterclaimed that its rebranded sign DR WOLFF’S VAGISAN does not infringe Combe’s registrations for VAGISIL.

In assessing infringement under s10(2)(b), Justice Adam Johnson considered whether there was a likelihood of confusion between the marks on the part of the average consumer.

In this respect, the Judge found that VAGISIL and VAGISAN are visually and aurally “very, very similar”, which was accepted by Wolff.

Furthermore, the Judge noted the marketed VAGISAN goods were identical to those for which the VAGISIL marks are registered.

Though there was some disagreement between the parties as to the average consumer, the Judge considered that it is a young female who will likely feel some embarrassment and will have conducted some prior internet research, but because of the nature of the products and their price point (between £5 and £15), will be in a rush to purchase the product(s) and will therefore have a low degree of attention.

Turning to the distinctiveness of the VAGISIL mark, Combe claimed that the meaning of either VAGI or VAGIS is descriptive as an indicator of the purpose of the products in question or has a signposting function.

The Judge accepted that VAGI or VAGIS is suggestive, but the average consumer did not see VAGI or VAGIS as a signposting term. In any event, it was VAGISIL that had to be assessed and this was not descriptive of the intended purpose or characteristics of the goods.

By 2013 (the primary date for assessment) the VAGISIL mark had acquired enhanced distinctiveness given its use and position in the UK market.

Finally, with respect to risk of confusion, Combe submitted evidence of actual confusion between VAGISIL and VAGISAN as mentioned in social media and the various media reports commissioned by Wolff. In particular, these showed that:

On this basis, the Judge held that this evidence reinforced that there was (and is) a likelihood of confusion between the marks within the meaning of s10(2)(b).

Wolff claimed it had a defence of acquiescence under s48(1) TMA, arguing that Combe was aware of its use of VAGISAN in the UK market by early 2014, at the latest.

Combe contended that it had not been made aware that Wolff was still selling VAGISAN in the UK, as during most of 2015 and 2016 VAGISAN appeared to have been withdrawn from the market.

Indeed, Combe received reports of all sales through tills at major multiples, supermarkets or monitored pharmacies and VAGISAN was not listed in these.

In any event, the Judge held that the acquiescence limitation period was interrupted when Combe filed the EU invalidity action in December 2017.

The Judge considered it clear that a trade mark owner seeking to invalidate the registration of a mark cannot be said to be acquiescing in the use of the registered mark because the owner is saying there is no valid registration.

Furthermore, back in 2015, Combe opposed Wolff’s applications in Australia and New Zealand, sent various letters and had numerous settlement discussions with Wolff’s attorneys, stating that it would not tolerate the use of VAGISAN in the UK.

This context paints a clear picture that Combe had taken steps that interrupted the period of limitation under s48 TMA.

The Judge also did not consider that Wolff’s use of VAGISAN in the UK was honest. On the contrary, Wolff persisted with advertising in 2017 and 2018 of its VAGISAN products and continually ignored the growing evidence of both the risk of confusion and actual confusion.

In addition, Wolff failed to demonstrate that VAGISAN and VAGISIL had peacefully coexisted for any meaningful period of time, as sales since 2015 were de minimis.

The Judge held that because VAGISAN still had its own independent, distinctive role within the sign, a risk of likelihood of confusion remained.

He therefore refused Wolff’s request. In terms of the distinctiveness of the element DR WOLFF’S, the Judge held that with reference to pharmaceutical/cosmetic brands, “Dr” will be perceived to establish the creditability of the product – namely, that a doctor has approved it.

On this basis, this will not give the product a trade origin, but acts rather as an indicator of its authenticity or effectiveness.

It also warns that, when launching a new brand, overlooking the importance of media reports may have long‑lasting implications.

Don’t adopt a “blinkered unwillingness”, as the Judge described the Defendants’ conduct, to acknowledge clear signals of a likelihood of confusion.

Filing an administrative action to invalidate the mark or infringement action within the prescribed period by the rights holder will interrupt the five‑year acquiescence period.

However, this case is a good reminder that a claimant does not necessarily need to bring administrative or judicial proceedings in order to defend a claim of acquiescence.

Pre‑action correspondence may be sufficient to demonstrate that the claimant commenced proceedings of some kind.

Finally, while the burden of proof to demonstrate that a claimant has acquiesced for a period of five years of continuous use lies with a defendant, brand owners should regularly monitor the market for competitor products, as this type of evidence will assist in defending any claim of acquiescence.