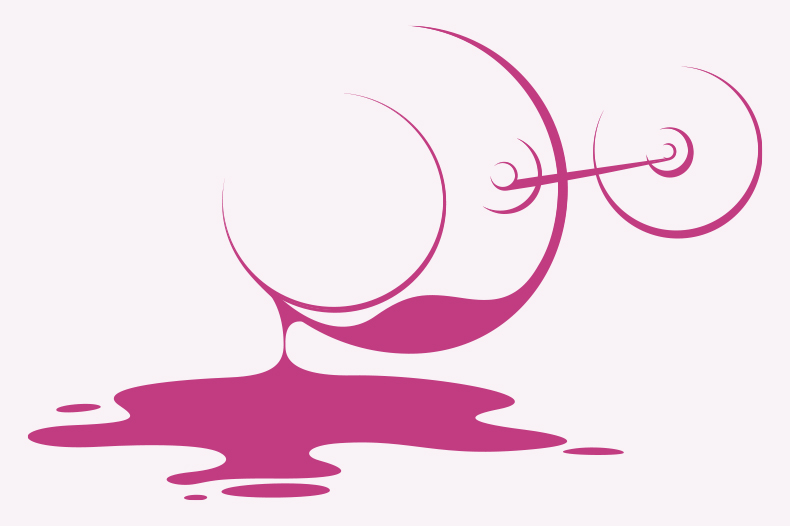 The High Court has recently dismissed an appeal by Wineapp Ltd following a failed opposition at the UK IPO, which sought to prevent a mark’s registration under s5(4)(a) of the Trade Marks Act 1994 on the grounds of passing off.

The case serves as a warning against claiming rights in descriptive terms.

Mr Johnson (the Applicant) applied to register the trade mark “winesapp” plus device (shown opposite) in the UK on 26th September 2019 for “sommelier services” in class 43.

2019, claiming that its unregistered sign (“wineapp” plus device, also shown opposite) had been used since November 2018 throughout the UK.

Before the UK IPO, the Opponent submitted witness statements and exhibits as evidence that its unregistered trade mark possessed sufficient goodwill to suggest passing off on the part of the Applicant.

The Opponent claimed that its mark had been used since November 2018, specifying further that such use was in relation to “wines, live sommelier chat, wine selection, wine advisory services, wine algorithmic recommendations, wine consumer/community reviews and wine delivery services, all via an app”.

The Opponent referred to turnover of £1.9m since the start of the mark’s use, advertising expenditure of £302,000, and approximately 160,000 app downloads on iOS and Android devices up to July 2020.

The Opponent’s evidence included, but was not limited to, copies of confirmation emails sent to customers bearing the Opponent’s mark; screenshots from the Opponent’s social media platforms showing use of the mark; and features and reviews from a few media outlets and websites.

The evidence showed that the Opponent’s main business was wine, including by the bottle, for speedy home delivery in London.

Notably, there was no consumer evidence suggesting that actual and potential customers might associate the Opponent’s business with the Applicant’s mark.

The Applicant filed a witness statement and a single exhibit, and claimed that the greater proportion of the Opponent’s sales were made following the filing of the application in September 2019.

The exhibit presented by the Applicant included a screenshot from the Wine and Spirits Trade Association website, showing that the UK wine market was valued at £10.6bn in 2018.

In the evidence in reply, the Opponent submitted a revision to the evidence that was previously given to include only business activity that took place in the 10 months prior to the relevant date, including revising the quoted turnover figure from £1.9m to just over £165,000 (around 30,000 bottles of wine) and the number of app downloads to around 33,000.

As the Applicant had not used his mark prior to submitting the application, the Hearing Officer (HO) confirmed that the relevant date for assessing whether s5(4)(a) applied was the application date of 26th September 2019.

The HO went on to mention the three-step test to reach a finding of passing off, as laid out in Reckitt & Colman v Borden ([1990] UKHL 12). Then, applying Lumos Skincase Ltd v Sweet Squared Ltd and others ( [2013] EWCA Civ 590), the HO found that the Opponent’s mark had established a “small, but not trivial” level of goodwill at the relevant date in relation to the goods and services claimed, even though Wineapp Ltd only delivered wine to customers in the London area.

The HO then proceeded to the second step of the test for passing off, regarding misrepresentation.

In doing so, the HO considered the descriptiveness of both marks, applying Office Cleaning Services Ltd v Westminster Window & General Cleaners Ltd ([1946] 63 RPC 39), where it was held that comparatively small differences in words would be sufficient to avert confusion where a mark consists wholly or partly of descriptive words.

In this instance, the HO found that the verbal elements of each mark, “WineApp” and “winesapp” essentially possessed identical meanings and were descriptive of an app referring to “some aspect of wine such as retail or sommelier recommendations”.

As such, the HO determined that the relevant consumer would deem the shared element a “coincidental use of descriptive language”, and so would rely on the dissimilar device elements of each mark to distinguish between the two businesses.

Consequently, the HO found in favour of the Applicant, as without misrepresentation, damage could not occur. The Opponent then appealed to the High Court.

In considering the 10 grounds for appeal submitted by Wineapp Ltd, the judge focused on the HO’s assessment of the verbal elements as part of her decision, where she held that these were “virtually identical” to one another, and so the distinctiveness of the marks emanated from their respective device elements.

The judge deemed the HO to have applied the authority of Office Cleaning Services Ltd correctly and, additionally, it was determined that the term “wineapp” had not achieved a secondary meaning and, therefore, was not distinctive by itself.

The judge found “no reason to interfere with the decision” of the HO and dismissed the appeal.

Firstly, compiling quality evidence to support your argument is vital. In this case, as the onus of establishing a misrepresentation (and subsequently, a likelihood of deception or actual deception) was on the Opponent, its failure to submit any consumer evidence was inevitably going to jeopardise its prospects in a case where a substantial part of both marks was descriptive.

Secondly, if part or all of a trade mark consists of descriptive words in the context of the relevant goods or services, it will be extremely difficult to enforce such a mark in reliance on those words.

Slight differences, especially where visual in nature (such as a device), will likely be sufficient to avert an instance of misrepresentation.

Finally, goodwill can be found after a relatively short period of use and as a result of use in a limited locality.

Note: Dehns represented the Applicant in this case. To the authors’ knowledge, the decision is not under appeal.

Joseph M. Letang is a Partner at Dehns