Fashion is inarguably one of Europe’s key exports from both an economic and a cultural perspective, and shoes are among its most distinctive elements. Only by rigorously protecting brand identity and fair competition can this valuable market sustain its success.

European clothing and shoe design are so tied to the region’s cultural identity that they have been the subject of Hollywood movies such as Personal Shopper, Phantom Thread and the upcoming House of Gucci. Also, remember when Daniel Day-Lewis was an apprentice to master shoemaker Stefano Bremer for about a year?

On the other hand, the realities of the European footwear industry are not necessarily as glamorous as the silver screen would lead us to believe. Competition is incredibly fierce, making branding and trade mark registration all the more critical. When it comes to shoe branding, Europe presents some intriguing Intellectual Property (IP) opportunities, but not without a few challenges along the way. Here, we will examine some of the difficulties European shoemakers face and how to avoid some common pitfalls.

Shoe branding and manufacturing in Europe: key factors and challenges

According to Statista, the European shoe business is expected to generate about $115 billion in 2021. Leather- and textile-based footwear dominate the market, accounting for approximately $48.5 billion. In such a lucrative trade, brand owners need to put their best foot forward and take confident steps to safeguard their stake in the market. And pursuing trade mark registration is one of the most practical measures.

Italy is the epicenter of European shoe manufacturing and was one of the world’s biggest footwear producers for many years. However, the pandemic dealt the nation a particularly heavy blow — enough to knock it out of the top 10 shoe manufacturing countries. Nevertheless, brands like Salvatore Ferragamo and Bruno Magli, together with lesser-known but more boutique companies including Enzo Bonafe and Bontoni, ensure the country is still popularly considered a world-class source of shoes. To many, these names still speak to the quality of the design, craftsmanship and service their bearers offer, and loudly at that.

As of 2021, no European country is among the top 10 footwear manufacturers, even with Germany and Italy being the No. 3 and No. 8 exporters, respectively. Spain, France and Portugal are home to shoemakers as well-renowned as Italy’s, but no EU member state was spared the economic hardships of COVID-19. In these harsher times, European brands must do everything in their power to stand out, and strong trade marks can undoubtedly help. Even new branding avenues like social media do not have the same longstanding, emotive appeal as an eye-catching mark. With all these incentives, it is no wonder businesses want to do all they can to safeguard their IP, but companies that want to have their trade marks registered may find themselves facing distinctiveness obstacles. 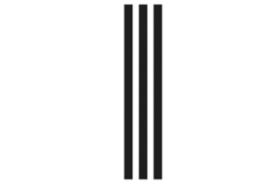 To demonstrate the complications that must be faced to receive and maintain a European Union Trade Mark (EUTM), one need only recall the court battle between Adidas and Shoe Branding Europe. In 2019, Adidas could not convince the EU General Court that its “three stripes” logo described as “The mark consists of three parallel equidistant stripes of identical width, applied on the product in any direction,” should be a valid EUTM.

The decision by the General Court to confirm the mark’s invalidity concluded a six-year saga that began when Adidas filed to register a new trade mark in 2013. Not long after the registration was granted the following year, Belgian company Shoe Branding Europe BVBA initiated trade mark invalidity proceedings with the European Union Intellectual Property Office (EUIPO), citing lack of distinctiveness as the primary grounds. EUIPO examiners revoked Adidas’ registration shortly after that. Later appeals to the office’s Board of Appeal met similar resistance, and the General Court ultimately drew a line under the rejection. In the end, Adidas failed to establish that the mark had acquired distinctive character through use in the EU as required by European law. Indeed, much of the evidence Adidas had submitted was rejected on the grounds that it concerned other signs in which the color scheme was reversed.

Adidas is German-based and globally known, so its argument that the “three stripes” logo placed on its clothing, footwear and headgear had distinct recognition in the EU is not prima facie absurd. Nevertheless, because the altered version of the figurative mark was new, the EUIPO and the EU’s highest court were not convinced that it had acquired distinctiveness.

These objections reaffirm how important it is to define a sturdy trade mark filing strategy – always with a view to obtaining trade mark protection that bears any and all scrutiny. It must always be remembered that the scope of a figurative mark cannot be extended to substantial variations even if they derive from a registered trade mark.

Of course, from Shoe Branding Europe’s point of view, the decision only highlights the necessity of fighting for a fair and level playing field. It takes four shoes to tango.

A fresh opportunity for trade mark protection in Europe?

As we have seen, Italy lies at the heart of the European shoe industry, so, understandably, we can look to the country for innovative ways to protect IP. At first glance, Italy’s “historical marks” (Marchio Storico) designation, which allows Italian companies to register as historical brands of national interest, seems like a model for other countries to follow. After all, many companies such as Benetton use such marks to bolster their domestic reputation and brand identity and even benefit from emergency funding provided in times of crisis.

There are, however, many stipulations and caveats to consider:

In the meantime, successfully registering a trade mark remains the best strategy for shoe manufacturers whether they are based in Europe or simply operate in its markets. And if that trade mark becomes widely recognized enough to avail of the enhanced protection that Italian and EU regulations reserve for registered reputed marks, all the better.

Trade marks are the best way for Europe’s footwear industry to ensure a robust, competitive and creative market for now and for the future. And so shoe brands seeking trade mark protection in Europe will need to think outside the box when designing their logos as fanciful marks of distinctive character have the best chances of EUIPO approval.

Italian shoemakers can get in touch with the Dennemeyer & Associates office in Italy to receive counsel and assistance regarding all their trade mark needs.

Dr. Lucia Granieri has been active in the intellectual property field since 2010, focusing on trade mark, design and copyright law, art law, IP & sport, unfair competition, negotiation and drafting of IP contracts. As an Italian lawyer and European qualified IP consultant, she assists national and international sports organizations and has spoken at several conferences on the protection of IP rights. Also, Dr. Lucia Granieri lectures on the protection of Olympic IP and measures against ambush marketing and unfair conduct. She is also an expert in Italian & EU administrative proceedings before UIBM, EUIPO and ADRs for domain name disputes. 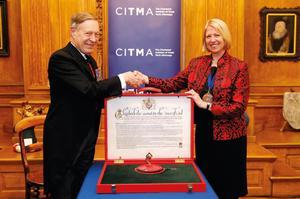 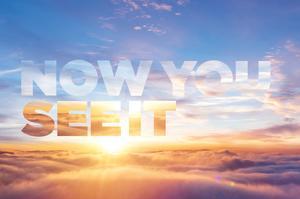