How should charities protect and enforce their intellectual property

Protecting and enforcing intellectual property rights such as trade marks as a charitable organisation is fundamental to the growth of the charity.

Ensuring the protection of a charity’s name and other branding elements will build trust with the relevant public and prevent third party use of identical and similar trade marks which could potentially damage the charity’s reputation and good name.

Since a charity’s reputation is of the utmost importance for securing donations and sponsors, if its brand is damaged or there is confusion, a charity’s work could be severely harmed. 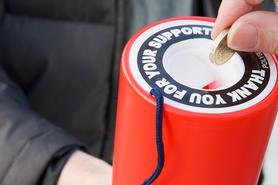 That being said, with the rise of social media, businesses and charitable organisations alike have come under increased scrutiny for enforcing their IP rights.

When sending a demand letter to a third party alleging IP infringement, considerations should be given to the PR implications now more than ever.

Where aggressive terminology would have historically been used, businesses are opting to be more cooperative and open to finding an amicable solution to avoid PR backlash.

Although not a charity case, a great example of this was back in August 2017, when Netflix was hailed on social media for their playful demand letter against the team behind the Emporium Arcade Bar in Chicago who launched a ‘Stranger Things’ pop-up bar.

In the cease-and-desist letter Netflix cleverly included jokes and references to the ‘Stranger Things’ show and claimed they did not want “to go full Dr. Brenner” (one of the show’s antagonists) on the business. This approach received a lot of praise from social media users as it was good-natured, and the demands were fair. 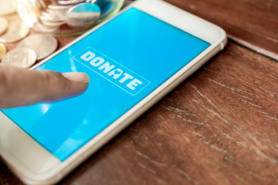 Arguably, PR considerations are even more important when it comes to charities. Therefore, whilst it is important for them to protect their IP, often an aggressive approach when enforcing it, isn’t recommended.

Of course, each case is different but before taking action on behalf of a charity, particularly against another charity, consideration should be given to the following:

In summary, it is important for charities to protect their intellectual property rights and trade marks are vital in preserving a charity’s reputation and name. When situations arise against other charitable organisations, it may be necessary to enforce IP rights but this route should only be pursued once proper consideration has been given to the potential PR implications.