Jif, Cif: What if trade marks differ around the world?

With foresight and planning, harmonising your trade marks globally can open up a world of opportunity. 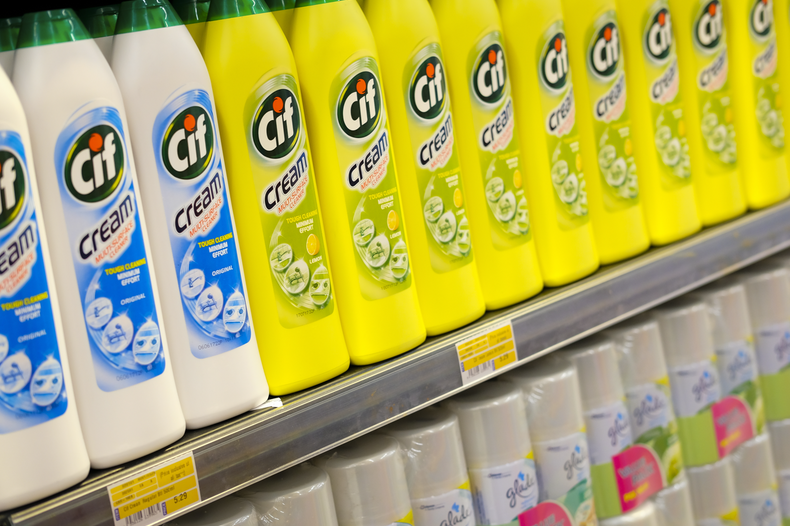 For many businesses, it is important that their goods and branding are uniform wherever they are found in the world, creating strong global brand identity and consumer loyalty.

A benefit of harmonising your trade marks is that consumers can be assured the goods or services they obtain anywhere on Earth will be the same quality, whether your business operates via franchising, or more direct overseeing of marketing and manufacturing.

Heineken, McDonald’s, Starbucks, Dior and Mastercard are a few good examples of such brands.

Such harmonisation can make economic sense, providing manufacturing and marketing efficiencies; and in an ever-shrinking world, when travelling abroad, consumers can see and trust trade marks they know from back home.

Nevertheless, trade marks can really vary around the world, and the extent of this (even for very large companies and UK brands you know) may well surprise you.

Some veteran consumers among us will recall when JIF rebranded to CIF in the UK.

Originally launched in 1960’s France, as the CIF brand grew and was rolled-out across Europe, local naming policy was the prevailing marketing trend of the day.

CIF therefore launched as JIF in the UK, Australia and New Zealand; it was also JIF in the Netherlands, but instead of having green and white packaging, it was orange and red in honour of the Dutch royal family.

Years later, Unilever wished to stop using different trade marks for the same product around the world and sought to align the brands.

Trade mark harmonisation is not, however, a must-have for all holding companies of big brands, and there are often good reasons for this.

Use of your brand’s existing trade mark on entering a new market could lead to trade mark infringement of another existing mark in that territory; so it may be easier and lower-risk to simply start afresh, launching with a very different trade mark, but keeping that original and established trade mark alive in your original home territory.

There are some good examples of such variations with comparable backgrounds. Many local consumers may know that for example “PRIMARK” is called “PENNEYS” in the Republic of Ireland.

The Penneys brand is used in Ireland because of earlier conflicting trade mark rights used and owned elsewhere by the American retailer J. C. Penney.

Next, there is the large USA-based discount chain TJ MAXX.  On entering the UK market, it wished to avoid confusion with the established British department store chain T.J. Hughes and so it became what we now know as TK MAXX.

BURGER KING had the same issues when it looked to launch in Australia, where to this day it instead goes under the trade mark HUNGRY JACK’S.

The deodorant brand AXE is instead LYNX in Europe, Australasia and China, also owing to earlier blocking trade mark rights. On your travels, you may have also seen OPEL or HOLDEN car models looking distinctively like the VAUXHALL ones back in the UK.

A common deciding factor of when companies use variations of trade marks around the globe therefore appears to be to avoid trade mark infringement on entering a new market.

However, the saying ‘if it ain’t broke don’t fix it’ also works well for many big brands and their holding companies, who happily use multiple trade marks for the same goods in different territories.

Logos and get-up, for example, can be very reliable indicators of quality and origin:

The packaging of LAY’S crisps looks the same everywhere, but the trade marks on them differ vastly (WALKER'S in the UK, TAPUCHIPS in Israel, CHIPSY in Brazil, SABRITAS in Mexico).

Many will have noticed that WALL’S ice creams are called OLA or FRIGO or LUSSO outside of the UK, yet all have the same spiral heart logo.

Local knowledge is also a key consideration.  For example, DOVE chocolate is instead known and sold in the UK and Republic of Ireland as GALAXY, presumably to not draw to mind the soaps and personal hygiene products sold under that trade mark; in Québec, the fast-food chicken brand KFC is called PFK (‘Poulet Frit Kentucky’) to meet local language requirements.

The liquor brand IRISH MIST seemed harmless until it was noted that ‘Mist’ means ‘Manure’ in German!

Accordingly, there are many reasons why companies have variations of trade marks around the world, so what are perhaps the main take-away points from these examples?

On selecting a trade mark and clearance searching it for a new brand in your home market, it would be prudent and very beneficial to run some high-level Register screenings in other territories of interest; this should reveal if possible future expansion into new country markets under the same trade mark could be prevented, owing to earlier registered rights.

One may also wish to engage a local marketing expert, for countries that do not speak your native language, even if just to sanity check that a trade mark does not have any negative connotations.

Alternatively, brand holders could simply use different trade marks for an easy internal division of markets and corresponding local regulations, if relevant to the goods.

Another point to consider is that if a product was to fail or attract negative publicity in a given country market, that news may not affect the same goods sold under an entirely different trade mark elsewhere.

For more advice and help in this area, reach out to a Chartered Trade Mark Attorney to develop your strategy.