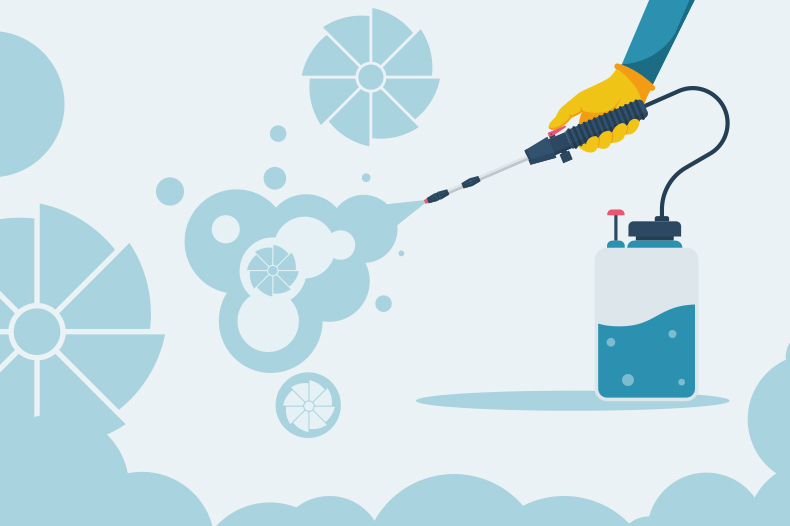 This case before the High Court concerns the sale of fluids used to clean the compressor blades of gas turbines.

The Claimant, one Turbo-K Ltd (TKL), claimed that Turbo-K International Ltd (TKIL) and a Mr Roselli (TKIL’s sole director since 2019) were jointly and severally liable for acts of passing off relating to TKIL’s use of Turbo-K (the name and associated logo).

TKL also sought the invalidation of TKIL’s UK registration No. 2582207 for TURBO-K on the basis of TKL’s prior rights in an identical sign and bad faith.

In 1997, preparations were made to set up a new company that would manufacture and sell its own compressor cleaning products. Philip Stainer, a chemist with a consultancy company called Lach Dennis Consultants Ltd (LDC), formulated a new cleaning product for the company in return for a shareholding in the company.

The parties agreed that the company would be called “Turbo-K Ltd” and that the name of the new product would be “Turbo-K”. TKL was subsequently incorporated on 9th January 1998.

Invoices showed that TKL had started selling a cleaner made to LDC’s formulation and called Turbo-K by September 1998, and that sales were made under the Turbo-K name and logo until at least 2014. Sales were made to entities globally, as well as (from 2001) in England and Wales. The majority of the sales appeared to have been made to TKL’s distributors.

In December 2010, Mr Roselli was approached by Mr Pathak, acting on behalf of a director of TKL, Mr Winter. According to Mr Roselli, Mr Pathak told him that, given the declining sales of Turbo-K Cleaner, Mr Winter and Mr Pathak were keen to open up new markets using Mr Roselli’s company, Roselli Chemicals Inc. (RCI) as a distributor. As a result, a Distributor Agreement was signed in early 2011 by Mr Roselli and Mr Winter (for TKL).

TKIL was subsequently incorporated on 18th May 2011. Its directors on incorporation were Mr Winter, Mr Pathak, Mr Roselli and Mr Stainer (of LDC). On 23rd May 2011, TKIL applied to register Turbo-K as a UK trade mark for goods including gas turbine compressor cleaning fluid. The mark was registered on 9th September 2011.

On 17th June 2011, TKIL entered into the following Agreements:

The relevant date for the passing off claim was 18th May 2011, when TKIL was incorporated with a name that implied a threat to use Turbo-K. Based on the evidence, it was held that TKL had clearly acquired goodwill in the Turbo-K name and logo well before the relevant date.

TKIL was then held to have carried out actions constituting threatened or actual misrepresentations that its goods were connected with or derived from TKL, including:

Some evidence of actual confusion was also presented.

Damage was inevitably held to have followed. The judgment briefly discussed whether anyone had really been misled, given that TKIL appeared to have only supplied to its distributors, who presumably knew the difference between TKL and TKIL. However, the Judge recited para 4.19 of Wadlow to explain that there was nothing in this point: “It has generally been accepted that the tort of passing off is complete when the defendant disposes of goods which are calculated to deceive, even if the immediate recipient is a trader who is not himself deceived. This is despite the fact that no actual damage can normally be said to accrue until the infringing goods are sold to a customer who had intended to buy the goods of the claimant, which often will not be until the goods are purchased by the ultimate consumer.”

This applies even if the goods are put on the market outside the UK, so long as the exported goods are likely to deceive in the overseas market.

Given the international nature of TKL’s marketing and sales, the Judge was satisfied that the ultimate customers, whether in the UK or abroad, were likely to be deceived by the goods that TKIL (via its distributors) was selling. The passing off claim succeeded.

For the purposes of the invalidity claim, the relevant date was 23rd May 2011, the filing date of TKIL’s registration. The registration was found to be wholly invalid on the basis of TKL’s prior rights in the Turbo-K sign.

Was TKIL’s conduct in applying for registration of Turbo-K dishonest (or did it otherwise fall short of the standards of acceptable commercial behaviour) judged by the ordinary standards of honest people? The answer here was “Yes”.  It was held that TKIL’s directors knew the history of TKL’s use of the Turbo-K name, given that at various points they were either directly involved in the management of TKL or involved in manufacturing or distributing TKL’s products.

That Mr Roselli was a director of TKIL did not of itself mean that he was jointly liable for TKIL’s acts of passing off. For Mr Roselli to be personally liable, it needed to be shown that he had either: personally carried out that act; procured or induced TKIL to do that act; or been part of a common design to carry out that act.

The Supreme Court in Fish & Fish Ltd v Sea Shepherd1, set out the relevant test for liability as part of a common design. Three conditions must be satisfied:

Applying this test, the Judge held that Mr Roselli was personally liable in respect of TKIL’s passing off.

Mr Roselli had created and amended brochures and TKIL’s website and, to that extent, he had personally carried out acts of passing off on TKIL’s behalf.

Further, TKIL was set up with the clear intention that it would use the Turbo-K name to manufacture, market and sell the Turbo-K Cleaner, and that was held to be the common design of Mr Winter, Mr Pathak, Mr Stainer and Mr Roselli and, after its incorporation, of TKIL itself. Mr Roselli was held to be an active participant, even if he was not the instigator.