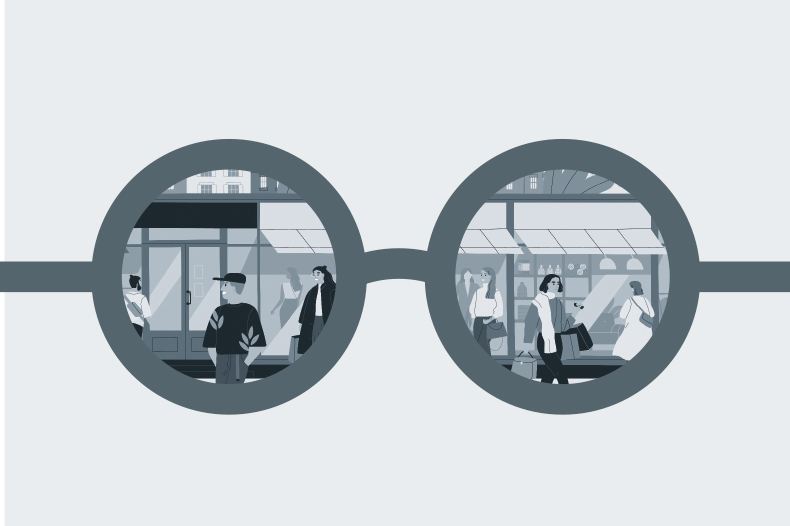 If you have not purchased a scarf labelled “scarf” or a wallet labelled “wallet” recently, if you missed Hailey Bieber’s wedding dress, or if you’re not one of DJ Virgil Abloh’s 5.6 million followers on Instagram, you may be forgiven for not knowing about Off-White.

Abloh founded the fashion brand in 2012, and has described the label as “a bridge between the vigour of streetwear and the precision of couture”. The name apparently refers to “the grey between black and white”.

However, Off-White has found itself in a three-year battle with the EUIPO regarding the registration of its house mark, OFF-WHITE, for a typical range of fashion goods outside class 25, namely goods in class 3 (toiletries), class 9 (sunglasses, glasses, mobile phone accessories), class 14 (jewellery) and class 21 (bedding). The Examiner initially rejected the Application for all goods on the grounds of descriptiveness, concluding that the mark was merely the colour of the goods and it therefore lacked distinctiveness. The Applicant argued that “off-white” was not a single colour, that consumers could interpret it as a range of shades of white, yellow and grey, and that the nexus to the goods was absent, as consumers are aware that the goods are offered in different colours. Further, the stylisation enhanced the distinctiveness beyond the minimum threshold, and “off-white” has several meanings relating to street culture, as set out in the Urban Dictionary.

Nonetheless, relying on DOUBLEMINT1, she held that the mark could simply refer to the colour of the goods and that the degree of stylisation lacked originality. She rejected the mark for all goods in classes 9, 14 and 20.

The Applicant then developed the same arguments before the Board of Appeal (BoA) and was partially successful, with the objection being waived in relation to certain class 14 goods, namely jewellery items made of precious metals/alloys, because “off-white” was not a relevant colour description for these types of goods. The objection was maintained in relation to classes 9 and 20, and class 14 goods such as watches, watch bands, clocks and jewellery cases, with the BoA maintaining that “off-white” clearly and directly referred to a visual aspect of the goods, namely their colour.

Next, the Applicant appealed to the General Court (GC) on two grounds, first arguing that the EUIPO had failed to apply Articles 7(1)(b) and (c) EUTMR correctly, and then that the BoA’s decision amounted to unequal treatment and conflicted with principles of sound administration and legal certainty. Finally, the Applicant claimed that the BoA had failed to explain why it did not follow earlier EUIPO decisions.

On descriptiveness, the GC found that the parties were essentially at one on their interpretation of the colour off-white: the range of colours argued by the Applicant and the dictionary definition of grey/yellowish white relied on by the EUIPO were essentially the same thing. It did not matter that a consistent shade of off-white would not be understood by consumers; what mattered was that it would be perceived as a shade of white. Other potential meanings advanced by the Applicant were held to be irrelevant.

The question, therefore, was whether there was a sufficiently direct and specific relationship between the term “off-white” and the goods objected to by the Office, such that the relevant public would immediately perceive, without a further thought, that “off-white” described the goods or one of their characteristics, which the GC confirmed included colour.

The Applicant argued that goods have many characteristics. For example: glasses improve sight to various degrees, protect the eyes and have lenses of different qualities. All goods have one or more colours, and consumers will not automatically think that the goods are actually “off-white” when confronted with the sign. The Applicant argued that the names of colours are only descriptive for special categories of goods, such as orange juice and green tea.

The EUIPO argued that fashion goods are typically acquired by consumers on the basis of their visual impact, which includes their colour, and “off-white” brings qualities of elegance and discretion to particular goods.

The GC was not convinced. While “off-white” could refer to a possible colour variation for the goods, it did not constitute the sole or even predominant colour. “Off-white” was a purely random and incidental aspect which may reflect the colour of some of the goods, but it did not have a direct and immediate link to the nature of the goods. The GC did not consider it reasonable to believe that the relevant public would see “off-white” as descriptive of an intrinsic characteristic inherent to the nature of the goods, and therefore allowed the appeal in relation to descriptiveness.

As the EUIPO’s conclusion on a lack of distinctiveness was based on the finding of descriptiveness, the appeal was also allowed in relation to distinctiveness. The GC did not go on to consider the stylisation or the other grounds advanced by the Applicant.

This series of cases will be familiar to some users of the EU trade mark system. The EUIPO sometimes appears to get entrenched in a position contrary to its own earlier decisions and out of step with consumers’ perception of trade marks. Even so, this is a useful reminder of the threshold requirement for descriptiveness: there must be a sufficiently direct and specific relationship to the goods or services in question such that the relevant public immediately perceives, without further thought, a description for the goods or a characteristic of the goods.

This decision is good news for trade mark owners seeking to secure word marks for unusual colours. The GC has now confirmed that registration is absolutely possible if the colour is not descriptive of an intrinsic characteristic which is inherent to the nature of the goods.