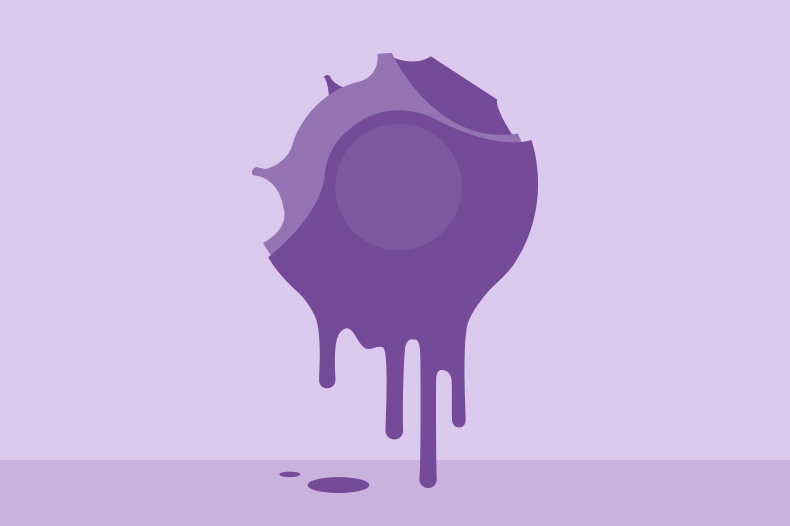 Non-traditional trade marks, including shape and colour marks, are notoriously difficult to register. When it comes to protecting such marks at the EU level, the difficulties facing applicants increase considerably. In this decision, even Glaxo Group Ltd, a multinational pharmaceutical company with considerable EU sales, was unable to satisfy the evidential burden for proving that its colour mark had become distinctive through use in the EU.

Progress of a Pantone 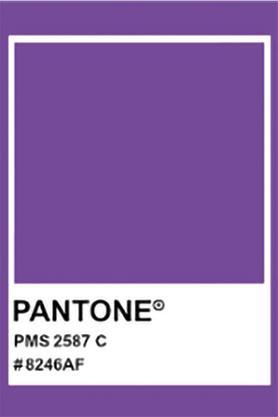 Glaxo had filed an EU trade mark for the colour mark Pantone 2587C in 2015, covering pharmaceutical preparations and inhalers for the treatment of asthma and/or chronic obstructive pulmonary disease in classes 5 and 10. Glaxo uses Pantone 2587C on inhalers sold in the EU.

The application was rejected under Article 7(1)(b) EUTMR, but later accepted after Glaxo filed evidence of acquired distinctiveness through use. Glaxo’s evidence consisted of, inter alia, samples of marketing materials (in 15 Member States), sales and market share data (in all Member States), and survey data and information from various sources demonstrating recognition of the mark among the relevant public (in various Member States).

However, following receipt of third-party observations, the EUIPO reversed its acceptance, rejecting Glaxo’s application for lack of distinctiveness both inherent and acquired. The Examiner held that inhalers are classified by colour, with “each colour designating a type of medicinal product”.

Glaxo appealed, unsuccessfully, to the Board of Appeal (BoA). Based on the evidence, the BoA held that the colour referred to the main active ingredients of the medicines, their intended use and their characteristics. Accordingly, the mark was deemed to be descriptive. The BoA also held that in the pharmaceuticals market there was a “specific interest” in colours being kept free for others to use, particularly from the perspective of users of respiratory inhalers. The evidence provided by Glaxo was held to be “insufficient to show that the mark applied for had acquired distinctive character in every Member State.”

On appeal to the General Court (GC), Glaxo claimed infringement of Articles 7(1)(b) and 7(3). Under Article 7(1)(b), Glaxo argued that the BoA had been incorrect to find that the relevant public made a connection between the colour and the characteristics of the goods. There was no legislative or regulatory requirement or convention restricting the use of colour, said Glaxo. Glaxo also argued that the goods at issue were marketed in a wide variety of colours and that consumers understood that colour could designate origin. Pantone 2587C had been selected because of its “unusual, unique and memorable character and because of the fact that it had not been used by any other competitor”.

The GC reflected upon the public interest underlying the registration of colour marks and the effect that colour depletion could have on the goods in question, potentially giving rise to a monopoly that would create a competitive advantage for a single trader. The GC then reiterated that “colours and abstract combinations thereof cannot be regarded as being inherently distinctive, save in exceptional circumstances”.

The GC noted that manufacturers do sell inhalers in a variety of colours, but that informally agreed colour conventions existed in the inhaler market. Glaxo was found to have followed such practices when changing the colour of some of its respiratory inhalers in certain EU markets. The GC also found that Glaxo had used various shades of purple on its “disc” and “boot-shaped” inhalers. In some instances, the shade of purple was linked to the strength of the medicines (a darker shade denoting greater strength). This undermined Glaxo’s claim that the relevant public would perceive 2587C as an indication of origin.

In response to Glaxo’s argument that the colour selected is “unusual, unique and memorable”, the GC stated that “novelty or originality are not relevant criteria in the assessment of whether a mark has distinctive character”. The GC held that the Board had not erred in finding that the mark was devoid of inherent distinctive character.

Glaxo also alleged infringement of Article 7(3) EUTMR because the Board erred when assessing the relevant public, survey evidence and in failing to extrapolate from the surveys. This ground of appeal was also unsuccessful.

As regards the relevant public, Glaxo argued that it was sufficient to show that the mark had acquired a distinctive character among a significant section of the relevant public (healthcare professionals) rather than all sections of the relevant public. The GC rejected this argument, stating that origin function is “as important for the end user of a product as for the intermediaries who are involved in its marketing”.

As regards Glaxo’s survey evidence, this was not capable of demonstrating that the mark had acquired distinctive character through use. Consequently, the results could not be extrapolated to other Member States. The GC noted that Glaxo’s opinion surveys were carried out among GPs, pharmacists and patients in 15 Member States. However, the surveys targeting patients covered only 10 Member States and approximately 1,500 individuals. The survey evidence was not supported by information that would allow an assessment of how representative the patient sample was and therefore the probative value of the surveys could not be assessed. The numbers of patients and GPs surveyed were considered “much too low to be reliable”. Other criticisms of Glaxo’s evidence included only one colour sample being presented to survey participants and different colour shades being used in the surveys. Other evidence referred to the colour purple in general terms, rather than the specific Pantone shade at issue. Without direct evidence of distinctive character having been acquired, Glaxo’s sales figures and advertising materials, while significant, did not demonstrate that the relevant public perceived the mark as an indication of origin.

Key to this case was the perception of colour among users of respiratory inhalers. Asthma sufferers often identify the colour of an inhaler with the effect of the associated medicine: a blue-coloured pump being recognised as a ‘preventer’ treatment and a purple-coloured pump being recognised as a ‘reliever’ treatment. Among this section of the relevant public, colour plays no origin function, and this was reflected in the evidence and the practices of the relevant sector. In light of this, Glaxo’s evidence fell short of the required standard.