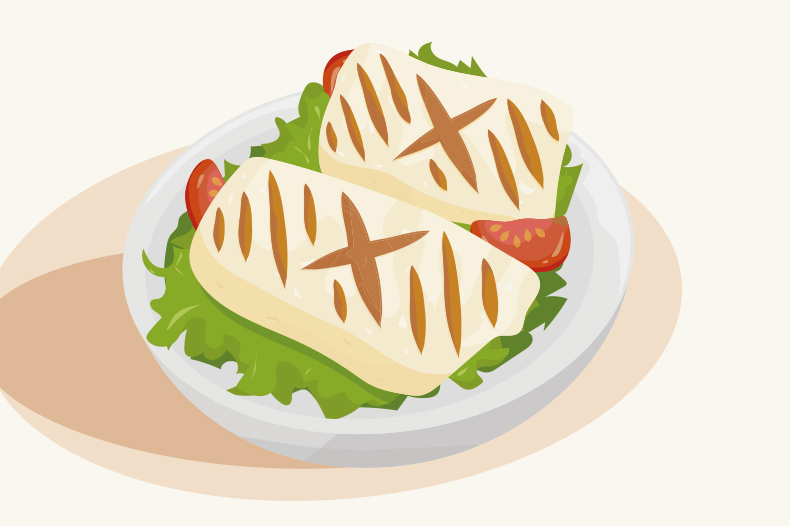 Bable Sajt Kft (the Applicant) applied to register a mark in class 29 for milk, dairy and cheese products. The application was opposed by the Foundation for the Protection of the Traditional Cheese of Cyprus named Halloumi (the Foundation) based on s5(2)(b) and 5(3) of the Trade Marks Act 1994. The Foundation relied on its earlier EU collective mark HALLOUMI for cheese, which was registered in 2000.

The opposition failed as the Hearing Officer (HO) concluded that, although the products were identical, the visual similarity of the marks was low because the Applicant’s mark contained two words and caused no direct or indirect confusion when taken as a whole. Further, the HO considered that there would have been a greater likelihood of confusion had the earlier mark been highly distinctive. The distinctive element in the opposed mark is “Hajdú”, which would be perceived by the average consumer as the producer of the cheese. The HO disagreed with the Foundation’s claim that the average consumer could also be a cheese trader and held that the average consumer was the general public. The Foundation then filed an appeal.

The Foundation appealed, and succeeded, on a number of grounds.

First, it argued that the HO was wrong to consider the average consumer to be the general public only. The Foundation claimed that cheese traders should have also been included in the average consumer group. It further argued that there was no requirement in law to identify the largest group of purchasers and that confusion can be assessed on the basis of any substantial proportion of the relevant public; in this case, cheese traders.

The Foundation then argued that the HO ought to have held that, even if the general public would not be confused, cheese traders would be because they are familiar with the proprietor’s marketing. The Board of Appeal (BoA) agreed and held that the HO failed to take into account the mark being a collective mark and therefore failed to recognise that there were two groups of average consumers. Although the general public may not be confused, the cheese traders could be.

Second, it argued that the HO failed to take into account that the earlier mark was a collective mark so had a minimal degree of inherent distinctiveness.

However, the BoA then noted that there is a danger in assessing marks to have a minimal degree of distinctiveness and that marks should only be assessed as either having or not having distinctiveness. Further, given that the earlier mark is a registration, the BoA found that there was no need to assess distinctiveness of that mark during the opposition proceedings, as “it is impermissible to assert, in opposition proceedings, an absolute ground for refusing to register the earlier mark”.

Third, the BoA decided that the HO was wrong to find that the average consumer (being the general public) would understand the mark to be a type of cheese, suggesting that the Foundation’s mark was generic. The BoA recognised that consumers would not know that the mark is a collective mark but pointed out that the term “Halloumi” can designate cheese produced by a member of the Foundation or having characteristics of cheese produced by a member.

The BoA agreed and found that although the HO did rightly assess the opposed mark as a whole, she failed to consider the fact that the Foundation’s mark HALLOUMI was a separate element of the opposed mark. In relation to the HO’s conclusion that the earlier mark HALLOUMI was inherently weak, the BoA found that her conclusion was not a reasoned one.

In conclusion, the HO in the opposition proceeding failed to assess the mark as a collective mark, which would have played a significant role in the correct identification of the average consumer group. A collective mark, by its nature, will not point to one single designation of origin but rather to the fact that the producer belongs to a particular association.

Further, the HO had failed to correctly assess the marks, having failed to consider that the second element of the opposed mark, “Halloumi”, was actually the whole of the Foundation’s mark. This could, therefore, have led to a higher degree of confusion among cheese traders.