Kicked to the kerb 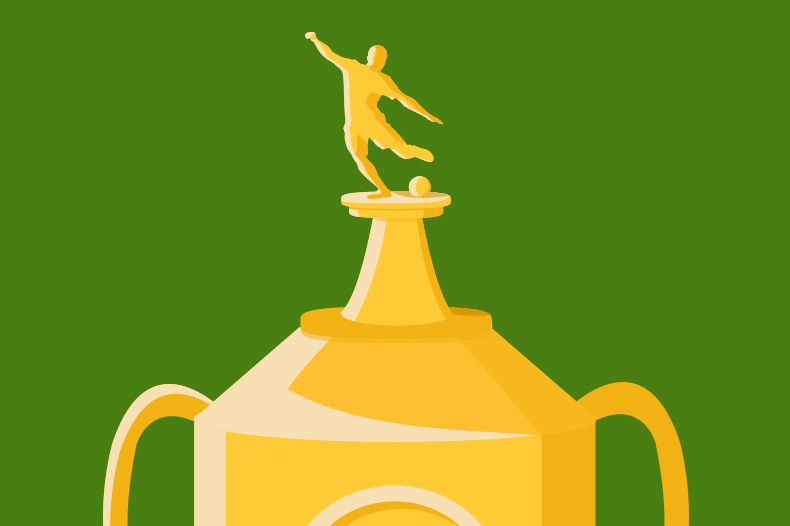 In a case featuring a football legend, the Fourth Board of Appeal (BoA) overturned a decision by the Opposition Division (OD) based on an unexpected analysis of similarity regarding figurative marks purporting to depict the same sport.

Former footballer Jürgen Klinsmann (the Applicant) obtained an International Registration designating the EU for a black and white figurative mark (shown opposite). The Applicant said that this mark depicted him performing an overhead kick that scored a celebrated goal in 1987.

Renowned sticker and trading card company Panini SpA (the Opponent) opposed the mark based on a number of earlier marks:

The Applicant then appealed on the following grounds:

The Fourth BoA annulled the decision of the OD, finding the opposition unsuccessful in relation to all of Panini’s marks.

The BoA took a more abstract approach, contradicting the OD’s opinions on the concept of Klinsmann’s overhead kick device. Specifically, it considered it a stretch that Klinsmann’s mark depicts a footballer, based on the silhouette nature of the image making it difficult to discern and that, while a ball is visible near the top of the mark, the nature of the ball is unclear. The BoA mused that the mark could be depicting a gymnast, handball player or footballer, if it represents a human at all. The BoA was of the opinion that the contested mark possessed no clear concept and therefore there could be no conceptual similarity between the contested and earlier marks. The BoA was also of the opinion that whether the marks represent a footballer in action or not was purely for conceptual analysis and should not make up part of the visual similarity analysis.

This poses a quandary for sports brands as to whether the concept of a mark rendered in silhouette is clear.

The BoA noted that the marks were all visually figurative, and that this was where the findings of similarity ended for the most part. The earlier marks (a) to (c) consist of a sketched but naturalistic image of a footballer mid-game, kicking a stereotypical football, with horizontal movement and direction. On the other hand, the contested sign: is a sketch in black on a neutral background, with no features or contours within the sign itself, and with a circle surrounding the “sketchy” element; flows in a vertical direction; and is in a different position to the earlier mark.

Being entirely black with no contours, mark (f) was found to have a slight visual similarity to the contested mark. However, the Opponent failed to prove genuine use of this mark in class 16, rendering the opposition on this basis unfounded.

Additionally, judging from recent case law and the BoA’s analysis of visual similarities between Klinsmann’s mark and earlier marks (a) to (c), the direction of the marks would have come into play as a significant difference between the marks.

The BoA examined the marks as they were, as opposed to what the holders intended them to depict. It could not find any visual elements in common and stated that the circle element of the contested mark needed consideration within the visual similarity analysis.

The BoA highlighted that conceptual similarity alone has never resulted in a finding of likelihood of confusion, citing a number of cases including the topically relevant GOLDEN BALLS case.1 What’s more, the BoA added that sponsorship of football is a common practice, meaning that the average consumer would not consider football or other sports imagery to belong to any one trader.

Interestingly, the BoA specifically carved this out from arguments of a “need to keep free”, instead considering that consumers would not see the marks as a reference to football players or football, since the average consumer would see the marks “as they are”. The BoA, following the CJEU in Adidas v Marca Mode2, opted to “expressly set aside” the “need to keep free” argument, cementing the idea that monopoly avoidance is a non-starter.

The Opponent failed to file evidence of use of mark (f) in a timely manner and belatedly filed documents not proving use or sales of the silhouette mark in class 16. The evidence was mainly related to Panini’s reputation for sticker albums and football trading cards.

On the strength of the appeal, Klinsmann successfully filed a cancellation against mark (f), a decision that is now itself under appeal. This highlights to trade mark lawyers and brand owners alike the dangers of relying on vulnerable marks as a basis for opposition actions, as well as the need to have relevant evidence of use, in case a request is made to produce it.