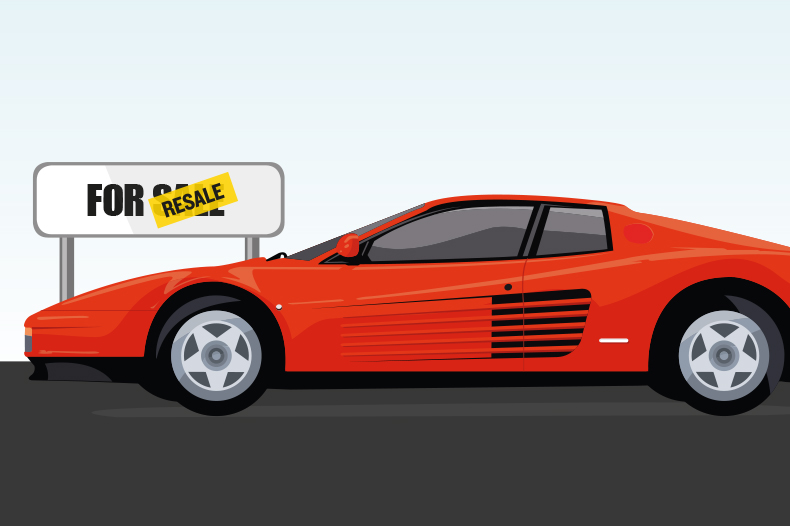 This case arose from non-use revocation actions against Ferrari SpA’s German registrations for a stylised TESTAROSSA mark covering vehicles and their parts in class 12.

The Testarossa (which translates from Italian as “red-head”) was one of Ferrari’s iconic sports cars. It had previously featured in the television show Miami Vice, and itwas also the car of choice for a long list of celebrities in the 1980s and ’90s. However, production of Testarossa cars ceased in 1996.

Nevertheless, Ferrari submitted evidence that it had used the mark in the relevant period in respect of replacement parts, accessories and maintenance services, for “high-priced luxury sports cars” (in the referring court’s words). Those cars had originally been sold under the TESTAROSSA mark. Ferrari also asserted that it had resold used Testarossa cars that bore the mark.

The German Regional Court revoked both registrations in their entirety at first instance. Ferrari then appealed to the Higher Regional Court in Germany in a bid to retain its registered rights. The appeal court referred various questions to the CJEU.

The CJEU first addressed the question of whether a mark was considered to have been put to genuine use for all registered goods falling within a given category (eg, motor cars) where it had only been used in respect of some of those goods (eg, high-priced luxury sports cars) or replacement parts thereof. This brought up the concept of “independent subcategories”, as explored in previous case law.

The referring court stated that high-priced luxury sports cars fell within a “particular market segment”. This suggested they should be treated as an independent subcategory of motor cars, meaning that Ferrari’s evidence could only save the registrations to that narrower extent. However, the CJEU was quick to reiterate that market segment was not relevant when identifying independent subcategories. As established by previous case law, the intended use and purpose of the goods was the essential criterion.

With the proper criterion in mind, the CJEU then analysed the remaining language used by the referring court in relation to Ferrari’s evidence – that is, that it showed use in relation to “luxury sports cars”, which was not held to be an independent subcategory of “motor cars”. It is helpful to contrast this with a recent decision of the General Court in Polfarmex SA v EUIPO.1

In Polfarmex, “racing cars” were found to have a purpose that differed from other cars (inter alia, they are not driven on public roads) and so formed their own subcategory within the broader category “motor cars”. By contrast, in the Ferrari case, “sports cars” were considered to have multiple purposes (for instance, they could be used in motor sports, or they could be used for transporting people like most other cars), so this term was not a specific enough carve-out of the registered goods. Further, the fact that the cars shown in Ferrari’s evidence were described as “luxury” cars was also not sufficient to isolate them from the broader category since many types of cars could be described as such.

Although it was irrelevant to the question of independent subcategories, the fact that the evidence showed use in relation to high-priced cars was relevant when assessing whether the threshold for genuine use had been satisfied. Since the market for high-priced cars was small, the relatively low number of spare parts sold under the mark was likely to be sufficient.

The CJEU held that Ferrari’s use of TESTAROSSA in relation to the resale of the old cars was sufficient to constitute use. It is important to distinguish situations where products are resold by an unrelated third party, which of course does not constitute use by the trade mark owner, and circumstances where the proprietor uses the mark to resell one of its own products, which does constitute use. The CJEU found this was supported by a proper interpretation of the exhaustion rules.

The CJEU also reiterated the established principle that providing services directly connected with goods previously sold under a mark, intended to meet the needs of customers of those goods, is sufficient to constitute genuine use. As expected, this came with the proviso that the services must also be provided under the mark.

The final decision on the merits of the non-use claim was for the German court, although the CJEU had given a clear view that Ferrari had demonstrated genuine use for all the registered goods. The decision has positive implications for brand owners in the context of proving use, particularly those trading in high-end or luxury products.