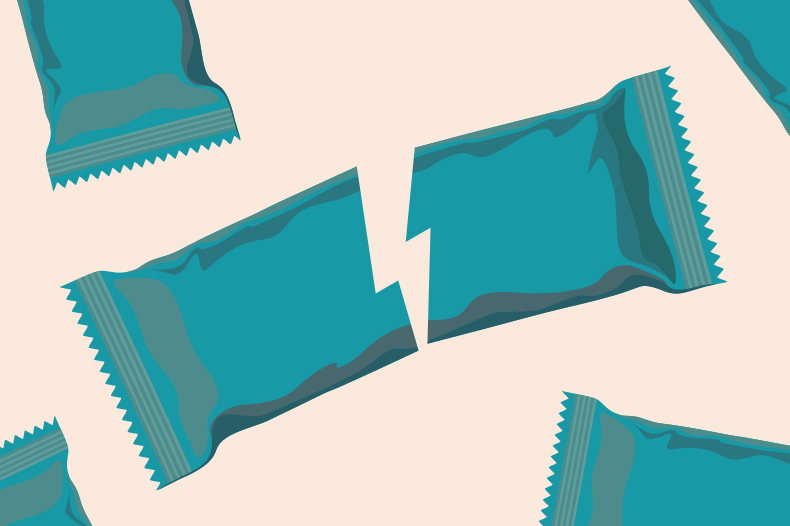 On 28th August 2018, the predecessor to the Applicant applied to register the figurative mark shown opposite. Registration was sought for goods in classes 5, 29 and 30, covering nutritional supplements, fruit-based food products and various confectionery, candy, cereal and chocolate goods.

The Application was opposed under Article 8(1)(b) EUTMR. The Opponent relied on various trade mark registrations containing the word element “powerbar”. The Opposition Division (OD) focused its decision on the Opponent’s EUTM registration for POWERBAR, registered for overlapping goods in classes 5, 30 and 32.

The opposition was upheld in its entirety, and the Applicant appealed the decision.

The Appellant argued that, in relation to the “nutritional supplements” in class 5, the general public may purchase the goods with the help of specialists and professionals and that because the products affect human health, the relevant public will “closely examine” the goods and “actively seek information concerning them”.

The BoA held that nutritional supplements are intended for both the general public and also for specialised circles, such as nutritionists. Referencing established case law, the BoA stated that “where goods or services are perceived with different levels of attention depending on their specific characteristics, the group with the lowest level of attention must be taken into account for the assessment of the likelihood of confusion”. The BoA therefore held that the assessment should focus on end consumers whose level of attention is higher than average in the case of nutritional supplements. The BoA confirmed that the relevant public’s degree of attention is mostly average in relation to the goods in classes 29, 30 and 32.

The BoA then turned to the comparison of the goods. The goods in class 5 were found to be identical. The BoA agreed with the OD’s assessment that the goods applied for in class 29 were similar to varying degrees to the goods in class 30 covered by the earlier mark.

In disputing similarity, the Appellant had argued that the contested “fruit-based snack food” is in a different class to “grain-based food bars”. The BoA reminded the Appellant

that goods or services will not be considered similar or dissimilar purely on the basis of the classes that they appear in under the Nice Classification. The BoA also found identity or similarity between the goods in class 30.

The Appellant had taken particular issue with the “grain-based food bars” covered by the earlier mark being compared with the contested goods “chocolate bars”, “fruit ice bars” and “high-protein bars”, as “they derive from different basic products and appeal to different target groups”. The Appellant had also stated that “it is not apparent how ‘chewing gums’ are intended to constitute a similar category of goods to ‘confectionery’. These goods do not address the same target group, and therefore a similarity cannot be established.”

The BoA explained that “a chewing gum is a soft candy which is chewed but not swallowed, and it is covered by the broader category of confectionery”. The goods were therefore found to be identical. The BoA also found identity between “chocolate bars” and “confectionery”, “fruit ice bars” and “ices”, and “high-protein cereal bars” and “grain-based food bars”, because these fell within the broad categories covered by the earlier mark.

In the contested decision, the OD had conducted its comparison of signs from the perspective of the Spanish consumer. The BoA adopted the same approach and found that the relevant Spanish-speaking public would not attribute a descriptive meaning to the earlier mark POWERBAR in relation to the goods at issue. Rather, these consumers would perceive the mark as “a fanciful term with an average degree of distinctiveness”. However, in finding this, the BoA did acknowledge that the element “power” may be descriptive and less distinctive for the goods at issue where Spanish consumers understand the meaning of the English word.

Addressing the contested sign, the BoA found that the verbal element “powerbär” and the figurative bear’s head device were equally visually dominant, but noted that verbal components usually have a stronger impact on the consumer vis-à-vis figurative components.

The BoA held that “despite the addition of the umlaut/diaeresis in the letter ‘A’, the otherwise fully matching verbal element ‘powerbar’ is included in the challenged sign, creating an impression of visual similarity in the mind of the Spanish-speaking public”. The relative significance of the figurative element in the contested sign therefore did not neutralise the “immediate and direct similarities”. The signs were found to be visually similar to an average degree and aurally similar to a very high degree.

Conceptually, the BoA found the signs to be similar to a low degree. The verbal elements of the signs as a whole were not found to be meaningful for the relevant public. The element “power”, where it conveys a weakly distinctive concept, leads to a very limited degree of conceptual similarity between the signs.

In finding an overall likelihood of confusion, the BoA referred to the similarity of the signs, especially their aural similarity. This was held to be particularly important where, for example, the food supplements are purchased with the help of a professional and the brand is referenced verbally.

The BoA also concluded that even if “some elements of the earlier mark have a weak distinctive character, such as the element ‘power’, the overall impression conveyed by both signs would be enough to trigger a likelihood of confusion amongst the relevant public. In this regard, the Court has emphasised on several occasions that a finding of a low distinctive character for the earlier trade mark does not prevent a finding of a likelihood of confusion.”

This somewhat unremarkable decision serves to reinforce well-established principles relating to the multiple factors involved in assessing whether a likelihood of confusion exists.