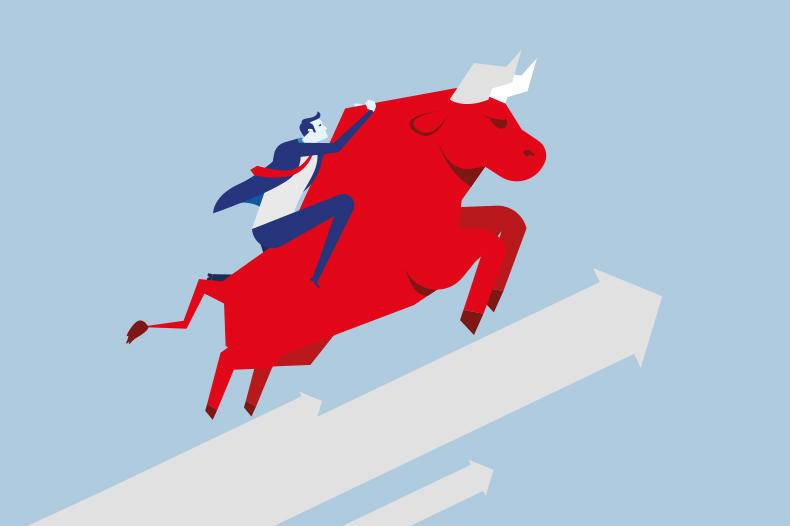 Here, Big Horn UK Ltd, Voltino EOOD and Lyubomir Enchev (the Defendants) were alleged to have infringed the registered EU trade marks of Red Bull GmbH (the Claimant). However, the judgment concerns the First and Third Defendants only, as judgment against the Second Defendant was issued in October 2019.

In February 2018, Red Bull brought infringement proceedings against the Defendants on the basis that they used signs similar to Red Bull’s trade marks on energy drinks and bottled water in the UK and EU (Articles 9(2)(b), (c) and 9(3)). The First Defendant, Big Horn UK Ltd, is a UK company set up by the Third Defendant, Mr Enchev (the sole director), in May 2017 to sell the goods that were the subject of these proceedings.

In August 2016, the Second Defendant filed an EU trade mark application for a device depicting two rams (see right), which Red Bull opposed (registration refused on 7th January 2019). However, Big Horn energy drinks began to be sold in the UK and Bulgaria regardless. Red Bull’s test purchases found the cans used were identical in shape and size to its own.

As the First and Third Defendants did not serve any witness evidence or disclosure, the precise nature of their involvement with the Second Defendant was unclear. At trial, Mr Enchev said he started negotiations with the Second Defendant in April 2017 to be a distributor of Big Horn energy drinks. A contract (undisclosed) was entered into in May 2017 and terminated on 1st March 2019 (although advertising was ongoing after termination). However, it is not disputed that the First Defendant imported and sold energy drinks in the UK and Mr Enchev was the “controlling mind”.

Given the marks cover the same goods and are visually and conceptually similar, the judge found that the Big Horn signs would cause the average consumer to link those signs with Red Bull’s trade marks. As there was no evident due cause, use of the Big Horn signs took unfair advantage of the distinctive character and reputation of Red Bull’s trade marks.

The judge held: “It is quite evident that Big Horn’s signs have been designed so as to enable Big Horn to free-ride on the reputation of Red Bull, and to benefit from the very considerable marketing efforts of Red Bull to create a particular image associated with its trade marks.”

signs not evoked so directly the visual and conceptual forms of the Red Bull trade marks”.