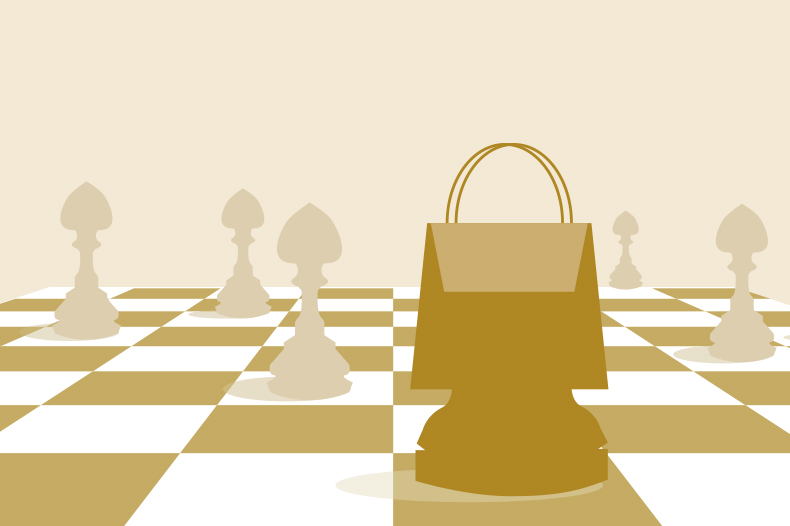 On 10th June 2020, the General Court (GC) annulled the decision of the Second Board of Appeal (BoA) concerning the invalidity of luxury fashion brand Louis Vuitton’s chequerboard pattern. Ruling in favour of Louis Vuitton, the GC held that the BoA had erred in its assessment regarding the acquired distinctiveness of that pattern.

In November 2008, Louis Vuitton Malletier (the Applicant) filed an International Registration designating the EU for a figurative mark (the Contested Mark), in relation to class 18 goods. The mark was granted protection in November 2009.

The Cancellation Division held that the Contested Mark lacked inherent distinctive character and that the provisions relating to acquired distinctiveness were not applicable to the case, so the invalidity action was entirely successful.

This decision was unsuccessfully appealed by the Applicant. The Board of Appeal (BoA) held, in particular, that the Contested Mark consists of a commonplace pattern that does not depart significantly from the norm of the sector concerned. In reaching this conclusion, the BoA gave account to the purportedly well-known fact that the chequerboard pattern “had always existed and had been used in the decorative arts sector”. In addition, the BoA held that the mark had not acquired distinctive character through use throughout the EU.

Louis Vuitton primarily argued that the BoA’s reliance on well-known facts that were not evidenced by either party compensated for the insufficient evidence provided by the applicant for invalidity. As such, Louis Vuitton argued that the BoA carried out a fresh assessment of the inherent distinctiveness of the Contested Mark, which it was not entitled to do.

As such, the GC held that the BoA had not carried out a fresh assessment of the distinctive character of the mark, but merely found the arguments put forward by the applicant for invalidity to be supported by well-known facts.

Furthermore, the GC agreed with the BoA that the chequerboard pattern does not depart significantly from the norm in the sector concerned and that this can be considered a well-known fact. The GC noted that the Applicant was open to provide evidence to the contrary but chose not to do so. Consequently, this first ground of appeal was dismissed.

Under the second ground of appeal, the Applicant argued that the BoA had erred in its assessment regarding acquired distinctiveness by limiting its analysis to only part of the evidence submitted.

For procedural economy, the BoA started its assessment in respect of group three (which was the least likely to have acquired distinctive character). However, it limited itself to examining only some of the evidence submitted by the Applicant (eight out of the 68 exhibits provided) that related expressly to the Member States in group three. The remaining evidence was not examined by the BoA, nor did the BoA explain why it would be irrelevant.

The GC found that the BoA erred in law by undertaking such an approach, because some parts of the excluded evidence related to all of the EU or to groups of Member States including those in group three. As a result, the appeal succeeded on this ground.

This decision is, however, not the end of the road for Louis Vuitton, as the GC did not go on to assess whether the evidence provided would be sufficient to show acquired distinctiveness of the mark. Therefore, the case will return to the BoA for further review.

Nevertheless, this decision provides a reminder of the approach taken to assessing distinctive character (either inherent or acquired) throughout the EU, and to examining evidence for the purposes of establishing acquired distinctiveness.