The EUIPO saw a 5.2% growth in trade mark filings compared to 2018 as stated in its latest annual report.

The EUIPO celebrated the 25th anniversary since its foundation, received its two millionth EU trade mark application and developed a new strategic plan after consultation with stakeholders during 2019. 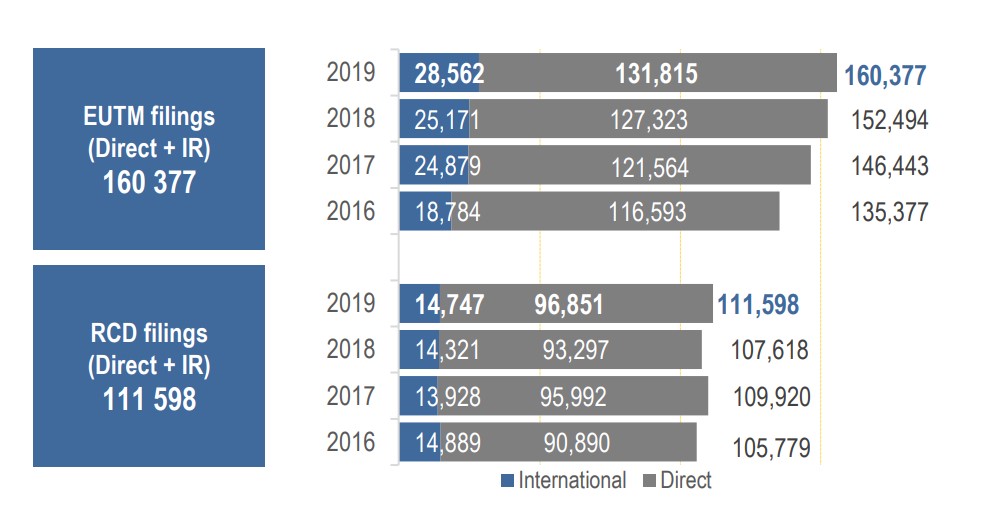 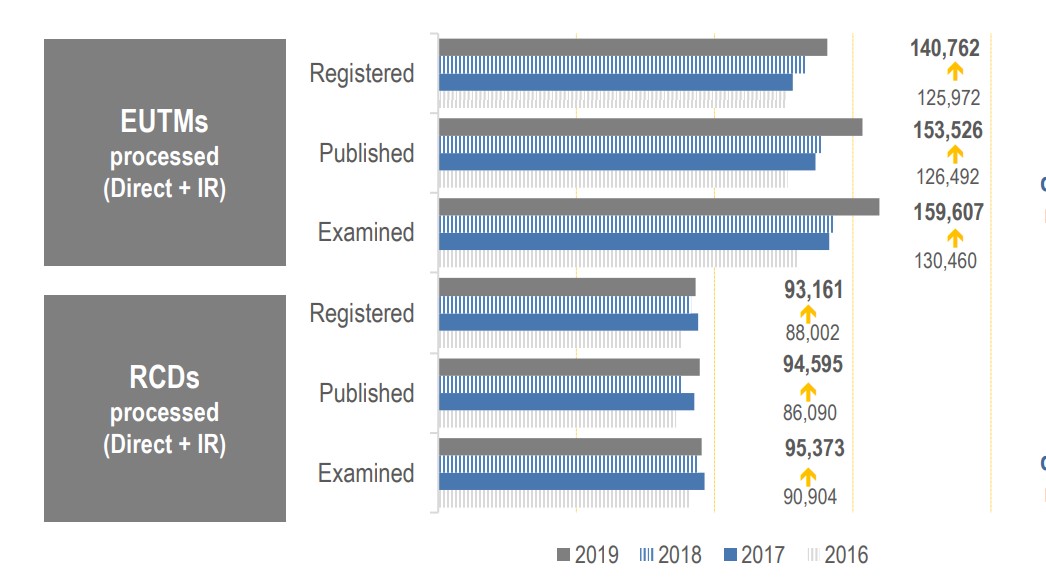