Three rising stars of the trade mark legal profession were presented with awards at our Christmas Lunch in London on 13th December 2019. 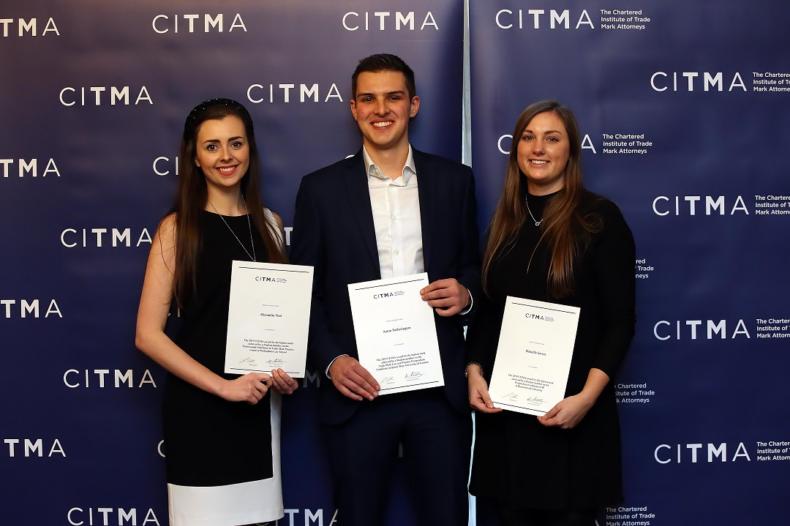 In front of some 600 guests at the London Hilton on Park Lane, our Chief Executive Keven Bader announced this year’s winners.

Alexandra Nott picked up an award for the second year running after winning the Queen Mary University of London award last year.

The Roy Scott Award was also presented for the first time following its renaming in tribute to CITMA Paralegal Roy Scott who passed away earlier this year. The inaugural recipient was Dan Hardman-Smart.

CITMA President Tania Clark said: “Congratulations to the three winners of this year’s student awards. It is always a pleasure to acknowledge the hard work and enthusiasm of the rising stars of the profession in this way.”