Being a YouTube star can be a lucrative business – we take a look at the brands some of the biggest influencers own to help them monetise their following. 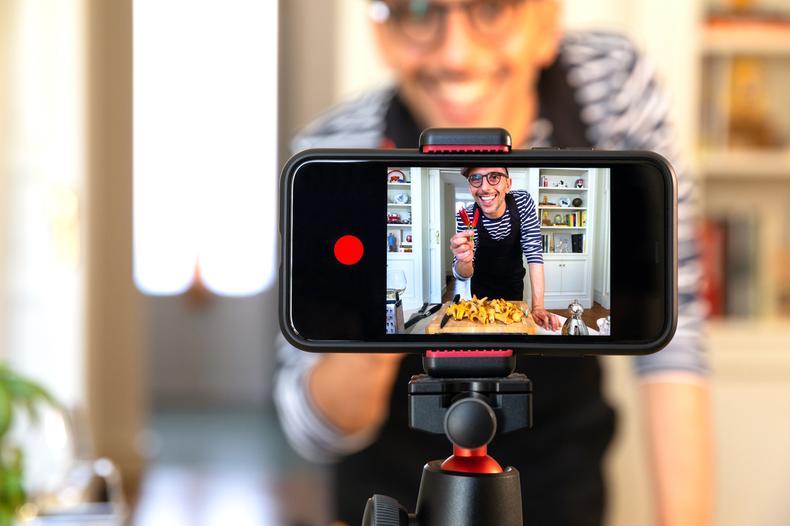 There are so many ways YouTube videos help make and promote brands - creating the careers of “YouTubers” themselves, influencers endorsing products, sponsored content “sponcon”, direct sales from a YouTube video to sales shop landing pages as well as through advertisements and many other routes.

So, if you have a brand to promote, YouTube is a great place to do it.

“Just a guy playing video games and yelling” (as written in Time Magazine) but who has amassed a net worth of USD$40 million, PewDiePie is the famous alias of Felix Kjellberg, a Swedish YouTuber.

From a video of him playing Minecraft in 2010 to 110 million subscribers is some journey.

Kjellberg, through his company PDPUK Limited has registered PEWDIEPIE as a trade mark in the U.S., EU and UK, covering merchandising goods such as clothing and posters as well as entertainment services themselves and computer game software and accessories.

Not surprisingly, you can buy plenty of merchandise produced and endorsed by PewDiePie, including clothing, and even a miniature figurine of the YouTuber himself.

As well as the YouTuber’s name, plenty of work has been put into creating other images and brands that can be protected.

Kjellberg’s online activities have not been without controversy and Time magazine wrote of him in 2016 “most people over 30 haven’t heard of him but he is a bona fide genuine celebrity of a new kind”.

Kjellberg’s challenge will be to stay popular with his fan base and commercial as he “grows up” now that he is over 30 himself. The answer to that may be a new collaboration with Marzia, Kjellborg’s wife as they have launched a new Japanese inspired clothing and homeware brand TSUKI (Japanese for ‘moon’), which includes a range of space clothing.

If you don’t know anything about Emma Chamberlain, ask a Gen Z.

Chamberlain is a 19 year old American who started posting on her YouTube account in 2017 and now has over 10 million subscribers to her posts.

Small fry compared to PewDiePie, but it might be the case that these 10 million are more active subscribers, regularly viewing the new content.

Compare that figure to the average number of viewers of an episode of soap EastEnders at 4.5 million on prime time TV and you can see why there’s a huge commercial opportunity for advertising and promoting products and creating new brands once your YouTube channel takes off. 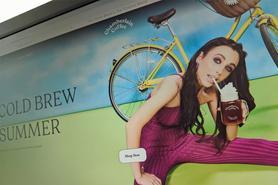 Emma Chamberlain may have started out posting jaunty, comedic videos online but there is now a serious business side and Chamberlain has sensibly filed to register her name as a trade mark in the U.S. for merchandising type goods as well as entertainment services.

Fancy a coffee? Why not try a CHAMBERLAIN COFFEE, a new brand launched by Chamberlain which according to the cool website is “totally, like, drinkable coffee”. Chamberlain has applied to protect this trade mark in the U.S., EU and UK for coffee as well as merchandise.

Chamberlain’s name is such a “now” brand, as well as selling her own merchandise such as lockdown leisure sweatpants and hoodies, she has been asked to collaborate with elite fashion house Louis Vuitton as well as promoting sustainable fashion with Levi’s.

So, not directly encouraging consumers to buy more Levi’s? It’s a statement that the Levi’s product has longevity, making it more desirable and a clever use of a celebrity name to promote a message of responsible consumption that will benefit both the Levi’s and the Emma Chamberlain brands. 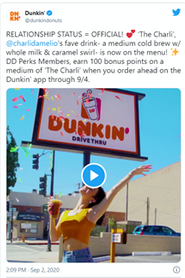 Some would say that YouTube is past its best (again, ask a Gen Z). Other newer video sharing platforms such as TikTok have also launched the mega careers of vloggers.

TikTok has only been available since 2018. Charli D’Amelio, aged 17 from Connecticut started posting videos in 2019 and already has amassed over 115 million followers on the TikTok platform.

Starting with dance videos, D’Amelio is now followed for her lifestyle diary videos.

As well as protecting her own name as a trade mark in the US with her company Charli D’Amelio LLC, D’Amelio has collaborated with Dunkin’ Donuts who have launched “the Charli” iced coffee.

What should you do? 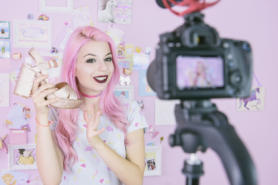 Sometimes you don’t know your “product” is going to be a major commercial success and a global phenomenon (PewDiePie probably wasn’t aiming for global fame back in 2010 with his goofy computer game video talk throughs) and sometimes you may be aiming for the commercial market straight away.

Consider securing trade mark protection for your brand through registration as soon as you can, preferably before you hit the big time to optimise the value and commercial prospects for your brand.

A distinctive, made up name like PewDiePie is easier to protect. To register your own name as a trade mark is possible but the UK Intellectual Property Office will only register a “famous” name as a trade mark if it can clearly function as a brand and not likely to be seen as a label of what the product is about.

More than Fifteen Minutes of Fame?

In 1968 Andy Warhol said “In the future, everyone will be world-famous for 15 minutes”. YouTube and video sharing platforms now make that easier and if your fame is going to last more than 15 minutes, think about applying to register your trade marks to protect your brands.

So, if you’re planning on launching a multi-million pound global brand (or even something smaller) on social media, speak to a Chartered Trade Mark Attorney for advice.