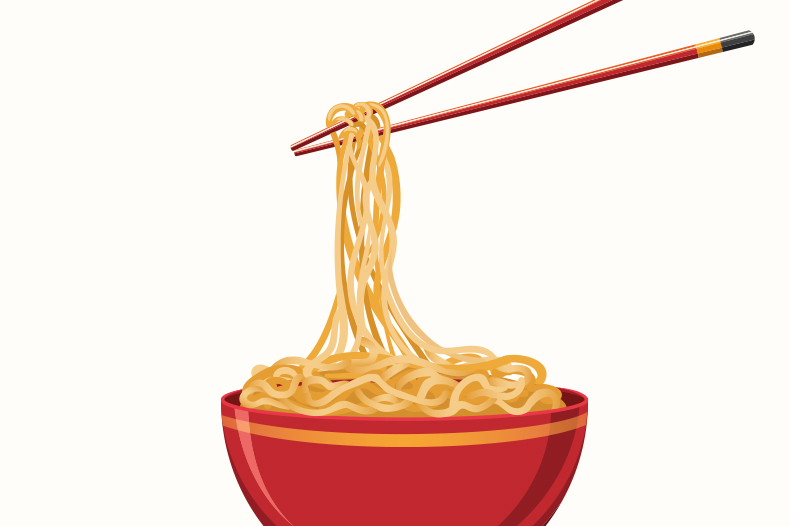 China Tang is a Cantonese restaurant run by the Second Claimant, China Tang London, at luxury hotel The Dorchester on London’s Park Lane.

It opened in 2005 and aims to serve authentic Cantonese dishes surrounded by art deco elegance, redolent of inter‑war Shanghai.

The First Claimant owns trade mark No. 2415093 (the Trade Mark) with a priority date of August 2005 covering, inter alia, “restaurant services” in class 43 for the China Tang logo shown on page 33 as a series of two.

The takeaway started trading in 2009 under the name “China Tang”, with customers living within a two‑to‑three‑mile radius.

The Claimants alleged trade mark infringement under s10(2) and s10(3) of the Trade Marks Act 1994, along with passing off.

The Defendants claimed a defence of honest concurrent use along with a counterclaim for partial revocation of the Trade Mark due to non‑use for “cafes; cafeterias; and self‑service restaurants”. This was essentially not resisted and left the core restaurant services intact.

The average consumer to consider was essentially everybody in the UK, all being users or potential users of restaurant or catering services.

The distinction between restaurants/cafés where customers visit the premises, catering services that involve catering staff going to the customer, and takeaways that require the customer to collect the food for eating off‑premises, was discussed.

Many restaurants offer takeaway services, and this increased significantly during COVID‑19 lockdowns.

The Claimant also offers a form of takeaway, delivering chilled food to customers of private jet companies for reheating and consumption on the plane – admittedly, a particularly high‑end form of food delivery.

Despite elements of stylisation, the word elements of the marks used by both parties were identical, namely “China Tang”.

Yet the Defendants ran interesting arguments: that “China Tang” had a low level of distinctiveness because it was descriptive of Chinese food; that “Tang” is a common Chinese surname; that “Tang” is descriptive of tangy foods; and that a restaurant in Torquay, unconnected to either party, trades under the “China Tang” name (although this use seems to have commenced relatively recently).

Further, there have been no instances of confusion during the 12 years of concurrent use.

Nonetheless, the Defendants’ arguments were ultimately unsuccessful. While “China” alluded to a type of food, there was no evidence that “Tang” was understood in the UK as a common Chinese name, and the decision added that: “the submission that the average consumer would take ‘Tang’ to mean that the food is tangy has an air of desperation. I doubt that it would be so interpreted.”

In relation to the restaurant in Torquay, the fact that another party may be infringing the Trade Mark had no relevance to the present case. “China Tang” was found to be distinctive for the services at issue.

In terms of the lack of evidence of confusion, the differences in geographical location and trading style may have mitigated confusion in the real world.

There was speculation about whether the customers of the respective businesses would be aware of the other. In the end, that did not matter.

The Claimants’ reputation was to be assessed at the time the Defendants started trading at the end of 2009. The Claimants’ business traded as a single London restaurant for around four years before that date.

While money was spent on advertising the London restaurant, it was not shown how this was spent and the sums were modest in light of the UK‑wide restaurant market.

The evidence failed to show that by the end of 2009 the Trade Mark was known by a significant part of the UK public.

The Claimants argued that there were second and third dates at which to assess reputation, namely when the Defendants’ menu was uploaded to Facebook in 2015 and to the third‑party Big Foodie website in 2016.

The Claimants argued that this was use of China Tang in a materially different way. The Judge disagreed, and the claim under s10(3) failed.

When selecting a name for the takeaway, Mr Gu advised he did not undertake a trade mark search or internet search for “China Tang”.

There was a personal connection to the name, with “Tang” being the name of Mr Gu’s mentor and during cross‑examination he appeared to be wedded to the name.

For there to be honest concurrent use, the use by the Defendants ought not to have, or be liable to have, an adverse effect on the origin function of the trade mark.

During the hearing there was discussion of the decision in Victoria Plum Ltd v Victorian Plumbing Ltd, reminding us that the Defendant has a duty to act fairly in relation to the interests of the trade mark proprietor.

The decision considered whether the failure to carry out a trade mark or internet search is sufficient to deprive a Defendant of an honest concurrent use defence.

For a large enterprise or a regular trade mark filer, the failure to conduct a trade mark search would likely be viewed as not in accordance with honest practices (even where the failure to search was negligent rather than deliberate).

However, even a small business must take due consideration of its trading name. Instances of true honest concurrent use are rare, and where a party discovers it is infringing it can rebrand, which may be undesirable but is often not onerous or unreasonable.

Indeed, a rebrand can be used in a positive way to refresh and advertise a business.

Had the Defendants conducted a basic internet search for “China Tang”, they would have become aware of the London restaurant and in accordance with honest practices should then have obtained legal advice.

His Honour Judge Hacon expands further, stating that: “In the modern climate of easy trade mark and internet searches, I think that if a party starts to use a trading name without appropriate advice and simple searches, such use will not have been honest concurrent use without some reason why it should be taken to have been so. There was no such reason in the present case.”

The defence of honest concurrent use therefore failed.

This decision reminds us that the law of passing off is closely tied to the real world, and the actual use by the Claimant, including manner and place of trade, is relevant.

The Claimants had goodwill, stretching beyond London, but misrepresentation turned on whether a significant proportion of the relevant public who knew of the Claimants’ business and who also became aware of the Defendants’ business would perceive a connection.

There was no evidence that over the 12 years of concurrent trade there was any such connection presumed. Passing off failed.

Joint liability of directors is an interesting issue. The Claimants pleaded that Mr Gu was jointly liable with the company because he was the sole director and shareholder and, with his wife, is the owner of the freehold of the business premises.

In cross‑examination Mr Gu said it was his business and that he selected the name China Tang, and he portrayed it very much as his venture.

In essence, the acts of the company were initiated and controlled by Mr Gu. He was therefore found to be jointly liable with the company.

This is an important finding to prevent Mr Gu opening up a restaurant with an identical or similar name through a different company.

As a participant in CITMA’s Marshalling Scheme, I was fortunate to sit behind the bench with Hacon J during the trial that decided this case.

This meant I had the chance to see behind the scenes of the Court and discuss the case with the Judge, which was not only a privilege but allowed for a much more informed overview of the decision.

For example, I sensed Hacon J’s desire to make sure the IPEC was used correctly, for the right subject matter, and the genuine efforts to make IP litigation accessible.

It may not be easy or cheap to litigate, but the IPEC provides a much‑needed forum to ensure justice reaches as many parties as possible. I was left with the impression that judges often have an idea of what the outcome of a case will be before trial, particularly before the IPEC, where the time afforded for cross‑examination and submissions is tightly controlled.

Where a defendant is using a sign that is almost identical to that of the claimant for closely similar services, such as in the present case, there seems to be merit in reaching settlement long before trial and having control over the timing of any rebrand.

Of course, that can be difficult to swallow where there is a personal connection to a name.