A difficulty of position

Could a change in orientation be enough to differentiate between marks, asks Lisa Ormrod 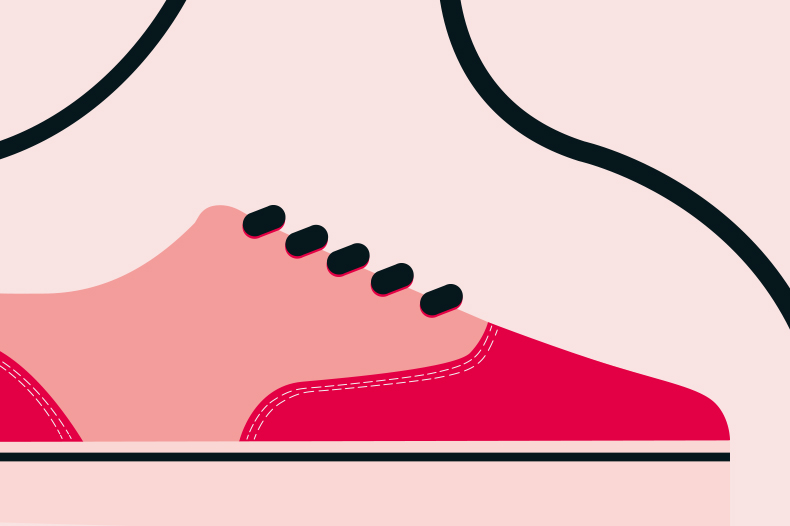 Without one of these, an opposition under Article 8(1)(b) EUTMR must fail.

Paredes Holding Center, SL (Paredes) filed an EU trade mark (EUTM) application on 26th March 2019 for a mark (the Contested Sign) covering “safety and protective footwear for work” in class 9 and “footwear including boots, shoes and slippers” in class 25.

The application was opposed by Vans, Inc. (Vans) on the basis of Article 8(1)(b), a likelihood of confusion with its two earlier EUTM registrations. Both Earlier Marks cover inter alia “clothing, footwear, headgear; belts; gloves” in class 25.

The opposition was rejected in its entirety on 20th November 2020. A summary of the key grounds for that decision is as follows:

Vans appealed the decision on 20th January 2021. A summary of the key grounds of appeal is as follows:

Paredes filed observations in reply that can be summarised as follows:

On 16th July 2021, the Board of Appeal (BoA) dismissed the appeal on the basis that the Opposition Division (OD) correctly found the Earlier Marks were dissimilar to the Contested Sign and so no likelihood of confusion exists. The lack of similarity between the marks at issue was fatal to Vans’ case.

The BoA agreed with the OD’s findings that the relevant goods targeted the public at large (class 25) and business customers (class 9), and that their respective degrees of attentiveness will vary from average to high.

The BoA went on to provide a very detailed and specific breakdown of the marks. While some of these differences might not be noticed by a customer paying an average degree of attention, given that a proportion of the relevant public for each class of goods would pay a high level of attention, a separate assessment from both perspectives would not have made a difference to the outcome of the case.

Turning to the comparison of marks, the BoA noted that for Article 8(1)(b), when proof of use is not involved, the analysis is of the marks as they are filed or registered and not on the basis of their potential use or possible different angles.

As a result, Vans’ claim for visual similarity when turning Earlier Marks 1 and 2 to a different angle was disregarded.

During its visual comparison of the marks, the BoA noted that all three contain or consist of a graphical element comprising three “beams” in changing directions.

For Earlier Mark 1, differences include the representation of a shoe, the colour of the graphical element, the different lengths, directions and position of the beams, as well as the use of an edge as opposed to the curve in the Contested Sign.

Further, the beams of the Contested Sign are connected at the base with a curve, whereas it is an edge that connects the beams in Earlier Mark 2, making the shape of a letter “V” and ending with a beam on the upper right side.

An aural and conceptual comparison was deemed impossible. The BoA disagreed with Vans’ and Paredes’ claims and reinforced the OD’s findings that the relevant public would not view the graphical elements of the Contested Sign as a letter “S” or Earlier Mark 1 as a letter “V”.

However, Earlier Mark 2 was considered to depict a letter “V”.  It would seem Vans’ logo loses its ability to depict a letter and is, instead, viewed as a decoration once placed on a shoe, probably due to its diagonal direction and the way it is incorporated within the shape of the shoe.

The BoA agreed with the OD that there is a normal inherent distinctiveness in Earlier Marks 1 and 2, since they have no meaning in relation to the goods at issue.

In relation to Vans’ claim of an increased inherent distinctiveness, it was noted that Vans is one of the best-known providers of sneakers.

However, as the marks are considered dissimilar, a full assessment of enhanced distinctiveness is not necessary as it would not alter the outcome to the case (a reminder that reputation and distinctive character are only relevant to the assessment of a likelihood of confusion, not the similarity of marks).

Following a finding of dissimilarity between the marks, the BoA bypassed an assessment of similarity of the goods and went straight to an assessment of likelihood of confusion, for which it found none. As a result, the opposition failed.

This must have been a frustrating decision for Vans, who presumably hoped that the registration of Earlier Mark 2 would protect it against similar shapes in different orientations and positions on competitors’ products.

However, it must be remembered that the assessment of similarity between marks for a likelihood of confusion is based on an analysis of the marks as they are filed/registered, not how they might be used, or on the basis of possible different angles.

Reinforcing this view is the decision issued on 20th November 2020 by the OD in relation to an opposition to Paredes’ EUTM application for the design on its own (without the representation of the shoe) by Vans on the basis of Earlier Marks 1 and 2 (Opposition No. B 3 093 775). The OD again found there to be no similarity between the marks. That decision has been appealed.

Vans’ Earlier Mark 1 was filed in 2011 and was classified as a figurative mark. In 2017, the EUIPO introduced a number of additional categories of mark that could be selected by applicants, including position marks.

The theory behind this was to enable more accurate protection for these types of marks, for example by taking into account the way in which an element is placed on or affixed to the goods.

Registering a number of position marks showing a logo in different orientations may enable brand owners to enhance their protection and help them succeed in future cases like this.