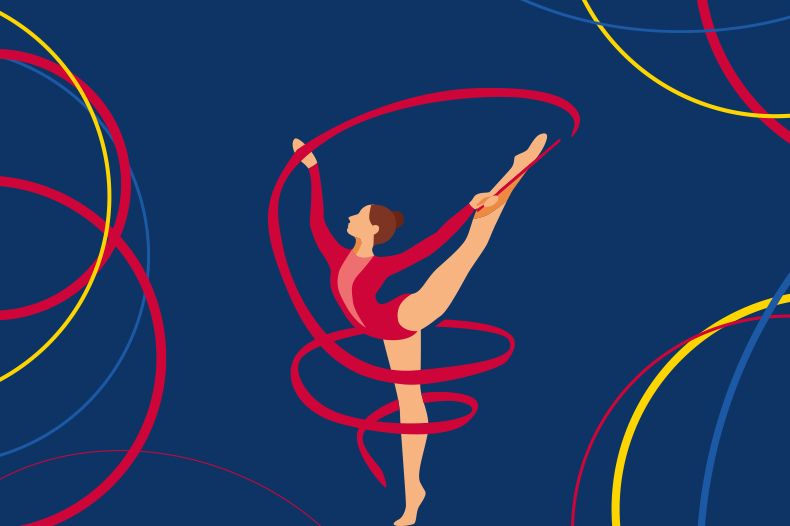 This case saw the British Amateur Gymnastics Association (British Gymnastics) succeed in its claim against UK Gymnastics Ltd, its related company and sole director (together, UK Gymnastics) for trade mark infringement under s10(2) and s10(3) of the Trade Marks Act 1994 (the Act) and passing off.

In 2019, British Gymnastics brought a claim against UK Gymnastics for trade mark infringement and passing off. British Gymnastics’ claim was based on the marks and signs shown opposite. Its passing off claim also relied on the parties’ respective get-ups, both of which featured the colours red, white and blue, and images of gymnastic-style motion in coloured swirls.

UK Gymnastics relied on witness evidence from its director, Mr Adams, and Jason Wise, who oversees its operations. One of the key issues in dispute was whether UK Gymnastics could be classed as an NGB. UK Gymnastics claimed that it is an NGB, while British Gymnastics refuted this claim.

The Court heard evidence based on Sports Council recognition and Sports England guidance, as well as examination of both parties’ governance and safeguarding policies.  British Gymnastics’ clear recognition as an NGB was important to Her Honour Judge Clarke in reaching her conclusions, particularly regarding the reputation and passing off claims. She ultimately found that UK Gymnastics had infringed British Gymnastics’ marks pursuant to s10(2) and s10(3) of the Act, for the reasons below.

The services in class 41 were found to be identical, and the goods in class 28 were found to have a medium degree of similarity. UK Gymnastics admitted that the dominant element of the marks is the wording, and the words have enhanced distinctiveness. HHJ Clarke noted the high degree of conceptual similarity, due to “UK” and “British” referencing the same general geographical area, and the connotation of some form of formal and official status that those words give. In addition, the use of red and blue in both the marks and signs enhanced the conceptual similarity and overall “Britishness”. However, the aural and visual similarity between the marks and signs was considered to below.

A likelihood of confusion, including a likelihood of association, was found. The medium level of similarity was offset by the stronger similarity of goods and services. HHJ Clarke also noted that the average consumer (child gymnasts, their parents and spectators) would be paying a lower degree of attention, which was exacerbated by the assumption that there had only ever been one NGB for the sport. There had also been one instance of actual confusion, where UK Gymnastics had been able to hire a space only because an employee believed it was affiliated with British Gymnastics.

British Gymnastics’ position as the only recognised NGB for gymnastics gave it considerable responsibility in relation to the sport and the public. Where the use of the signs creates a link between the two entities in the eyes of consumers, the public may assume that the UK Gymnastics services are provided to a similar level of quality, safety and scrutiny. HHJ Clarke found a serious risk that use of the signs would be detrimental to the distinctive character and reputation of the marks.

The evidence suggested that it was more likely than not that UK Gymnastics’ use of the signs was intended to and did in fact take unfair advantage of the distinctive character and repute of the marks. UK Gymnastics stated that it was deliberately distancing itself from British Gymnastics, but use of highly similar motifs on the proficiency badges, websites and similar documents strongly suggested otherwise.

Consumers would therefore expect a service of identical or similar nature in terms of quality, regulation and compliance with relevant codes or standards, even if they were not confused by the similarity of the marks and signs. Alternatively, consumers would expect that UK Gymnastics has the essential characteristics of a national body, changing consumers’ economic behaviour to benefit UK Gymnastics and causing detriment to British Gymnastics.

Given her findings regarding infringement, HHJ Clarke did not hesitate in finding passing off. UK Gymnastics misrepresented itself as an NGB, which it was not, and this was likely to mislead consumers and cause damage to the goodwill of British Gymnastics.

On an initial review of the marks relied on in this case, it may well have seemed that British Gymnastics would have difficulty enforcing the term “gymnastics” with a geographical component, being descriptive of the services and location. However, the majority of the findings against UK Gymnastics hinged on its representing the organisation explicitly as an NGB, which it was not.

In particular, the fact that the public perceived there to be just one NGB for gymnastics in the UK was a factor against UK Gymnastics. In addition, the importance of the governance and safety role that NGBs take on, and specifically the vulnerability of gymnasts and children, amplified the continued risk of confusion to a consumer group that was found to be less attentive than average.

It is therefore important to consider what conclusions consumers might reach based on a business’s activities in its particular field, and how much trust may be placed in a business based on these conclusions. These factors may outweigh any differences between competing marks.