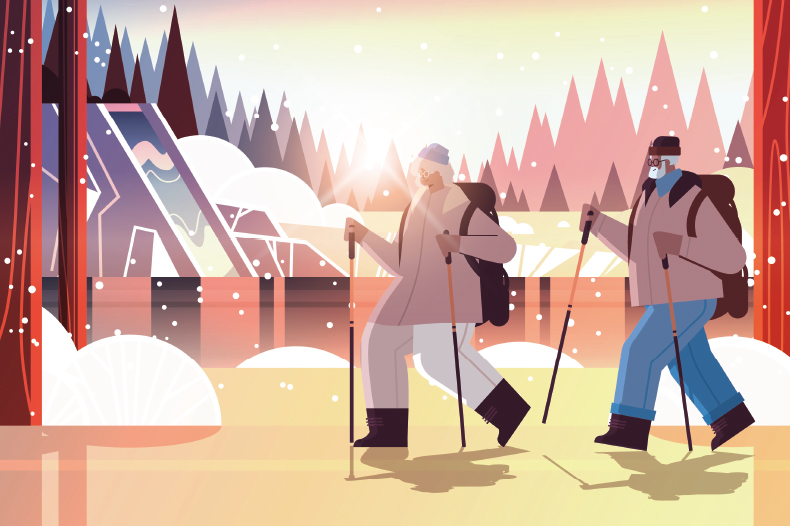 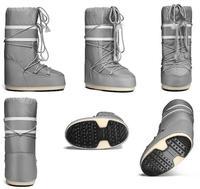 This case deals with the trade mark protection of “The Moon Boot” – a snow boot designed by Giancarlo Zanatta in the 1970s, which was intended to be used as after‑ski (or après‑ski) footwear and is manufactured by Tecnica Group (the Applicant).

The Moon Boot has recently gained traction with celebrities including Dua Lipa, Hailey Bieber and Iris Apatow, which brings a current context to an interesting case that discusses reputation, distinctiveness and imitation.

Tecnica Group filed an application for registration of an EU trade mark (EUTM) in relation to a 3D sign (shown on page 38) on 2nd August 2011.

The goods for which registration was sought were goods in classes 18, 20 and 25, such as leather goods, animal skins, bags, furniture, and clothing, footwear and headgear.

On 28th July 2014, Zeitneu GmbH (the Intervener) brought an action against the Applicant before the District Court, Venice, in its capacity as an EU Trade Mark Court, in order to obtain a declaration of non‑infringement.

On 22nd November 2016, the District Court dismissed this action and held that there was a likelihood of confusion between the contested mark and the footwear collections manufactured by the Intervener.

Further, the Intervener filed a cancellation action with EUIPO in order to obtain a declaration of invalidity of the Moon Boot sign.

This decision was confirmed by the Board of Appeal (BoA), which in essence outlined that for the relevant public – which was the public in all EU Member States and who displayed an average level of attention since footwear is a common type of goods – the 3D sign did not depart very significantly from the mass of after‑ski boots.

The BoA concluded that the contested mark was devoid of any distinctive character. Tecnica’s appeal before the General Court (GC) is the focus of this case discussion.

A large part of the case deals with procedural aspects, such as infringement of the principles of res judicata, legality, equal treatment, sound administration and the protection of legitimate expectations.

One of the central arguments, a procedural issue, was that a counterclaim seeking to dispute the validity of the contested mark was not brought before the District Court and Court of Appeal in Venice.

The assessments of the Courts were made in the context of the analysis of the likelihood of confusion between the contested mark and the product that was the subject of the application for a declaration of non‑infringement.

These assessments are therefore part of an examination that is different from that regarding the validity of the sign in question, and so reputation must be distinguished from distinctive character acquired through use.

The GC dismissed all procedural pleas and turned to the assessment of the distinctiveness of the sign in question for the goods in class 25. The Applicant argued in essence that:

The GC responded that even though case law suggests that the degree of distinctiveness required for a registration to be obtained by “conventional” and “less conventional” signs does not differ, the criteria for assessing the distinctive character of 3D trade marks consisting of the appearance of the product itself are no different from those applicable to other categories of trade marks.

This means that average consumers are not in the habit of making assumptions about the origin of goods on the basis of their shape or the shape of their packaging in the absence of any graphic or word element.

As a result, it could prove more difficult to establish distinctive character in relation to such a 3D mark than in relation to a word or figurative mark.

The above argument leads to the natural conclusion that only a 3D mark consisting of the appearance of the product itself, and which departs significantly from the norm or customs of the sector and thereby fulfils its essential function of indicating origin, is not devoid of any distinctive character for the purposes of Article 7(1)(b) of Council Regulation (EC) No 207/2009.

The goods covered are in fact general winter footwear/winter boots, rather than solely ski boots, as the Applicant submits.

As already pointed out by the BoA, these goods encompass after‑ski/après-ski footwear, which is common and which does not command an extremely high price.

The GC therefore confirmed that the relevant public was the general public in all EU Member States, who had an average level of attention.

In working through the assessment of distinctiveness of the sign in question, the GC had to determine not whether there are other goods on the market that reproduce all the features of the sign, but whether the overall impression conveyed by the sign departs significantly from the norms or customs of the sector.

The sector in this case was determined to be the after‑ski footwear sector.

In this regard and on the basis of the links provided by the Applicant and evidence and examples provided by the Intervener, the BoA found that a number of products existed on the market that were similar and even identical to the sign but had a different commercial origin. Examples of these included boots manufactured by Diadora and La Mondiale.

In addition, it was agreed that the general shape of after‑ski boots consists of a high shaft, often in a light synthetic material, with soles and laces.

The various features of the product, discussed above and considered by Tecnica as unique features to the Moon Boot, were said to be decorative or technical details that had no bearing on the overall appearance of the product and were simply variants of the appearance of an after‑ski boot.

Finally, the Applicant attempted to argue that the BoA based its findings relating to the lack of inherent distinctive character on the fact that the Applicant had failed to act against all the infringements taking place on the market.

This was rejected and it was held that the presence on the market of shapes which are potential counterfeit copies is irrelevant to the assessment of the inherent distinctiveness of the contested mark with regard to its perception by the relevant public.

The GC concluded that the sign lacked distinctive character, at least insofar as class 25 goods.

The current decision is a reminder that the threshold for distinctiveness of 3D marks is high, and it is not necessarily influenced by the reputation that the proprietor may have in a mark.

It also proves the importance of enforcing your IP rights, and sometimes enforcing more than one, in order to prevent a mark, in this case a shape, becoming genericised over time.

To place this case in context, Tecnica successfully claimed copyright in the Moon Boot against a third‑party manufacturer of après-ski boots in Italy. The Italian court found that the Moon Boot had not fallen into the public domain due to Tecnica’s efforts to prevent its copying.