There can only be one boss 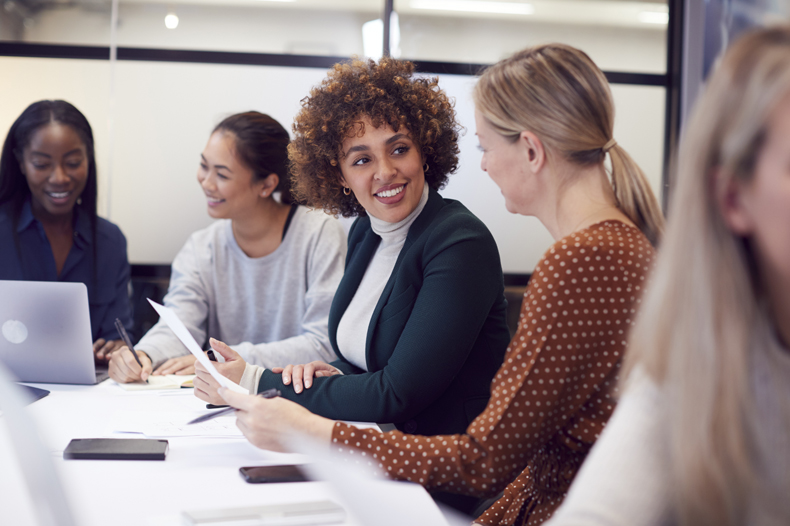 In 2020, two joint Applicants applied to register a coloured drawing of the upper part of a long-haired woman wearing a strapped top, with the words “Self Made: Girl Boss” appearing on a curved line at the base as a UK trade mark in classes 16 and 35.

Ms Khadijah Ward (the Opponent) opposed the class 16 element of the application covering “motivational cards” under s5(2)(b) of the Trade Marks Act 1994.

The opposition was based on an earlier UK trade mark registration of the depiction of the head of a woman in black and white, which incorporates the phrase “DarkGirlBoss” on the top left-hand side within what appears to be the woman’s hair.

Interestingly, the Opponent took advantage of the fast-track procedure available for UK trade mark oppositions based solely on claims of identity with similarity to earlier marks on the register (and not on unregistered rights or reputation).

This procedure is rarely used; it was used for just 6.2% of all UK trade mark oppositions filed in 2019.

The Hearing Officer (HO) found the goods on which the opposition was based highly similar to the opposed “motivational cards”, that they would be sold through the same trade channels, and that the average consumer was a member of the public buying a greeting card whose attention level is low to medium.

While finding that the eye was drawn to the words in both marks, the HO assessed the degree of similarity between the marks as follows: visual – lower than medium; aural – medium; conceptual – highly similar.

The HO found both the shared phrase “Girl Boss” and the earlier mark in its entirety to be inherently distinctive to a medium degree.

The HO held that, because different words precede the phrase “Girl Boss” in both marks and because there are sufficient differences between the pictures (eg, the contrasting features of the women), the marks would not be mistaken for each other. Thus, there was no likelihood of direct confusion.

However, the HO found the shared phrase “Girl Boss” to be striking for the goods concerned and held that the differing additional words did not change the phrase’s meaning.

On this basis, the average consumer would conclude that the marks indicate goods from the same or linked undertakings, with the differences indicative of a variation on a theme. Thus, indirect confusion was likely.

The fact that the shared phrase was inherently distinctive for the goods concerned carried the opposition, and this decision is a reminder of the strength of a distinctive verbal element, even in a challenge to a later mark with many other different features.