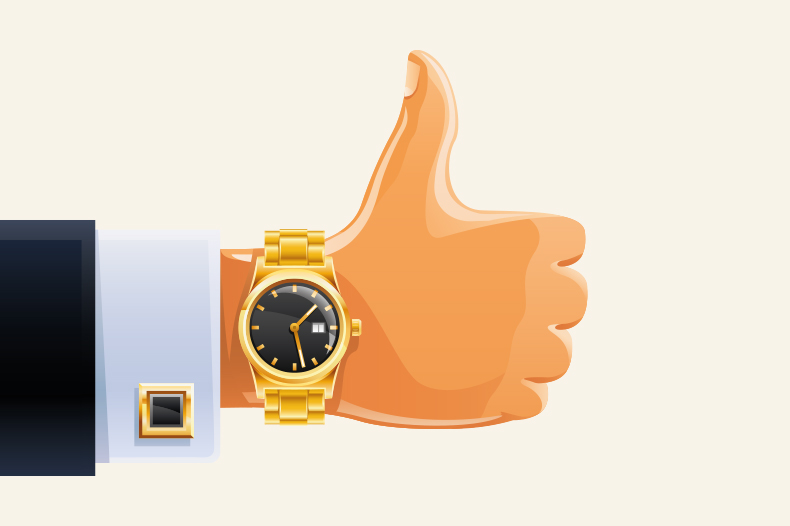 This decision concerns an opposition filed at the EUIPO by Rolex S.A. (Rolex) and directed against parts of an EU trade mark application for ROLLSTIME.

In its decision, for reasons of procedural economy, the EUIPO examined one ground of opposition only: an Article 8(5) EUTMR claim concerning marks with a reputation.

The mark relied upon was a single word mark for ROLEX covering watches and jewellery in class 14.

The case is interesting as it demonstrates the power of marks with a reputation, particularly in cases where on first impression it seems that a likelihood of confusion is unlikely.

The first hurdle for the Article 8(5) claim was to evidence that Rolex had a reputation for its jewellery and watch goods in class 14. In this regard, the Opponent filed, inter alia, the following:

On the basis of the documents before the EUIPO, it concluded that the ROLEX mark had acquired a significant reputation in the EU.

The evidence did not refer to every EU Member State, but the EUIPO confirmed that the evidence submitted for France, Germany, Spain and Italy was sufficient to conclude that there was a reputation for the whole of the EU.

Although the surveys submitted were old, the EUIPO concluded that the Opponent continues to significantly invest in advertising the sign.

The later examples of advertisements were sufficient to reinforce this.

The fact that ROLEX was also considered one of the top 100 trade mark brands in the world was relevant, though not directly applicable to the reputation of the mark within the EU.

Although no direct sales figures or marketing spend were submitted, the evidence of the actual marketing campaigns, the event sponsorship and extensive product placement were also relevant in supporting the conclusion that the ROLEX mark has a significant reputation.

The EUIPO then turned to the analysis of the similarity between the marks.

On first assessment, it does not seem immediately apparent that the shared prefix of the three letters “ROL” would be sufficient for there to be a conclusion of a link between the marks.

However, the EUIPO came to that conclusion after the following analysis of the dominant and distinctive components of both marks:

(1) Both marks are made-up words and have no meaning. Therefore they both have a normal degree of distinctive character.

(2) Although the verbal element ROLLSTIME is an invented word, in respect of the watch-related class 14 goods, a part of the public will recognise the word “TIME”. It is a basic English word, and consumers tend to break verbal elements down into elements which resemble common words or have concrete meanings.

(3) The contested sign will be broken down into the elements “ROLLS” and “TIME”.

(4) “TIME” has a direct meaning for the English-speaking public, for English consumers and for the relevant part of the consumers in other EU Member States.

In light of this, the element “TIME” would be considered descriptive for timepieces in relation to the goods at issue, and thus its distinctiveness is almost negligible for the goods related to watches, including their cases and winders.

Visually and aurally, then, the marks were determined to be similar to an average degree for the goods for which the “TIME” element is non-distinctive, and similar to a low degree for the remaining goods. Conceptually, since ROLEX has no meaning, the signs were not considered conceptually similar.

For the remaining goods relating to jewellery and cases, the EUIPO concluded that since these were luxury items likely to be sold side by side and the cases and presentation of such goods are part of their luxury allure, there was also a sufficient link between the contested signs for the relevant goods.

Finally, the last ingredient required was a risk of injury. Rolex argued that due to the extensive reputation of the earlier mark, the Applicant would take unfair advantage of the recognition of their earlier sign.

The Applicant’s sign would be detrimental to the Opponent’s image because consumers buying the products would expect the same quality of goods as those of the Opponent.

That would cause detriment to the reputed sign if they were not to the same standard.

On unfair advantage, given the fact that the contested goods were likely to be sold in similar stores, and the extent of Rolex’s reputation, consumers were likely to think that there is a connection between the Applicant’s goods and Rolex.

The EUIPO therefore concluded that the Application would take unfair advantage of the distinctive character and repute of the earlier mark.

Since only one risk of injury is necessary for the opposition under Article 8(5) to succeed, the EUIPO did not assess whether other types of damage were likely to occur.

In conclusion, the EUIPO found the opposition well founded and refused the class 14 part of the application.

Reasonable minds differ in these types of assessment, but due to the very granular analysis of the individual components of the Application, it seemed inevitable that the EUIPO would find enough similarity between the marks for there to be a link, and unfair advantage, particularly given the ROLEX mark’s repute.