​​​​​​​The Advertising Regulatory Board (ARB) has long offered brand owners operating in South Africa an alternative to approaching the Courts for advertising disputes. 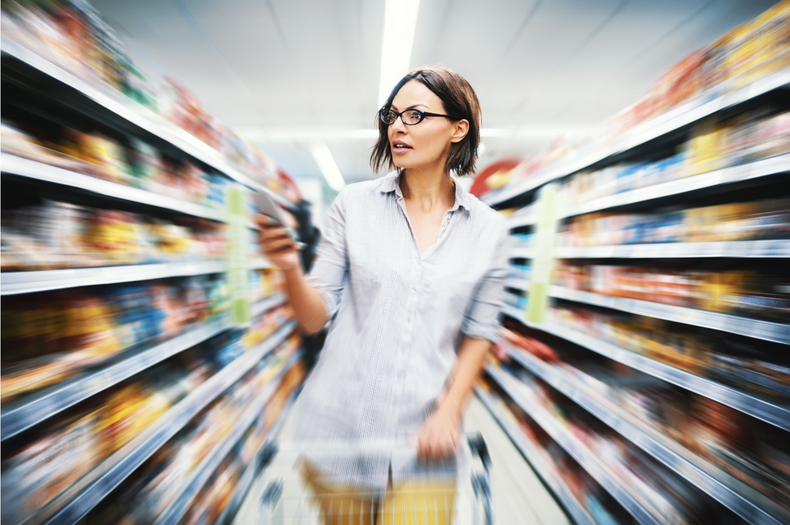 This option to resolve conflicts arising from advertising material, including product packaging and branding, was jeopardised in 2021 by a decision of the South Gauteng High Court.

In a judgement to be welcomed by all who do business in the jurisdiction, this decision has been overturned by the Supreme Court of Appeal.

The ARB is a not-for-profit company that carries out business as an independent, self-regulatory body in the South African advertising industry.

As a private organisation, the ARB requires its members, which include most broadcasters, publishers and media companies in the country, to comply with the Code of Advertising Practice.

Non-compliance with a ruling of the ARB can result in many sanctions, including the banning of an advertisement or packaging amongst the ARB's members and an "ad alert" warning the public about an offending advertisement.

Due to its wide membership, and despite it being a private body, the ARB has been an effective, efficient and respected authority. This efficiency is manifold.

Firstly, litigation in the Courts in South Africa is relatively expensive and a lengthy process.

Secondly, cases that are not necessarily advisable to bring before the Courts because they may not meet all the formal requirements of a cause of action, such as passing-off, trade mark infringement or unlawful competition, may still be fit for the ARB.

The provisions in the ARB's code of conduct typically cover a broader range. For example, two frequently contested provisions from the ARB's Code of Ethics that demonstrate the ARB's broader scope and value-judgment nature are clauses 8.1 and 9.1.

In terms of clause 9.1 of the Code of Ethics, an advertiser may not copy an existing advertisement, local or international, in a manner that is recognisable and clearly evokes the original concept, which could result in lost potential advertising value.

Against the above background, the effectiveness of the ARB was dismantled by the South Gauteng High Court in early 2021 over questions about the legitimacy of the ARB's jurisdiction, especially its role as a private body exercising a public function and on the point of its de facto jurisdiction over non-members.

The facts of this case were, briefly, that Colgate complained to the ARB that a competitor, Bliss Brands, imitated and exploited the goodwill in the packaging of Protex soap, a product of Colgate.

Bliss Brands is not a member of the ARB, but it still defended the complaint at all procedural stages, including at the Final Appeal Committee of the ARB.

When Bliss Brands lost the Appeal at the ARB, it went to the High Court to set aside the decision on several procedural and constitutional grounds.

The High Court a quo decided that the exercising of public powers by a private body had no legal basis, especially insofar as the ARB regulates the conduct of non-members.

The Court held that the ARB's Code of Ethics is not enforceable, legal or effective against non-members. Therefore, the body cannot make decisions on offending advertising materials of non-members. In other words, the real teeth of the ARB were removed.

One justification for the Court's finding was that the type of quasi-infringement cases popular at the ARB, such as those based on clauses 8.1 and 9.1, were found to usurp the powers of the Courts.

The High Court noted that a passing-off or trade mark infringement case should be heard by a Court and that a private body like the ARB should not be permitted to assume jurisdiction over disputes that should, appropriately, be brought to a Court for a fair, public hearing under its formal jurisdiction. The Court emphasised Section 34 of the South African Constitution, which reads:

"Everyone has the right to have any dispute that can be resolved by the application of law decided in a fair public hearing before a court or, where appropriate, another independent and impartial tribunal or forum."

In practice, since the above case in the High Court, disputes in the ARB have often been avoided by respondents who simply refuse to accept that the ARB has any jurisdiction.

The Appeal: Advertising Regulatory Board NPC and Others v Bliss Brands

Fortunately, on April 12, 2022, the Supreme Court of Appeal overturned the High Court's decision in favour of the ARB. In other words, the ARB is now again allowed to issue rulings against non-members.

The Appeal Court found that the High Court erred in many respects, notably that a private body may, in fact, exercise a public function.

It was noted by the Appeal Court that many private bodies and institutions exercise public functions and that there is no legal basis to prevent them from performing such a function.

For example, the ARB is still bound by the Constitution and obliged to comply with all the rules of procedural fairness, including the audi alterum partem rule and the extensive provisions of the Promotion of Administrative Justice Act 3 of 2000.

Furthermore, it was noted that the ARB could make a ruling on the advertising of a non-member for the benefit of its own members.

The Appeal Court confirmed that the ARB could not directly enforce its decision against non-members, although it has never attempted to do so directly. In the words of Judge Schippers:

"The impact of ARB rulings on non-members is therefore indirect, in cases where they engage the services of an ARB member to approve, create, disseminate or publish their advertising. "

Contrary to the Court a quo, the Appeal Court found that the ARB was exercising its constitutional right to freedom of association by making its own rulings for the benefit of its members.

In the specific case, it was also held that because Bliss Brands had, in fact, appeared before the ARB, it has consented to its jurisdiction.

Regarding the issue that the Court a quo had about the similarity or alleged overlap between "passing-off," trade mark infringement and matters that a Court is competent to hear and clauses 8.1 and 9.1 of the ARB's Code of Ethics, it was held that there is nothing that prohibits a private body from applying its own separate code of ethics which may, or may not, have similarities to principles found in statute or common law.

From this judgment, the current position is that the advertising industry can create its own ethical guidelines and rules for its members.

Where to next – the Constitutional Court?

For now, we are back to the classic position that the ARB is an effective alternative body to approach for packaging disputes. Brand owners should welcome this decision.

Where appropriate, the ARB remains a suitable option in the enforcement artillery.

It would, therefore, not be surprising if this matter becomes another case for final determination by the highest Court in the country.

Christophe is also the Managing Director of Dennemeyer's South African office. He has over 15 years of experience in trade mark filing, prosecution and enforcement and in the operations and business management of IP services.

Christophe focuses on assisting Dennemeyer's global clients in navigating the landscape of South African and African trade marks and managing their local and international trade mark portfolios in a cost-effective, digital and efficient manner.

Christophe started as a specialist litigator at a leading IP firm in Pretoria and branched off into filing and prosecution a few years later. Having emigrated from South Africa to Belgium in 2014, he spent a few years at a technology-focused IP service provider in Brussels.