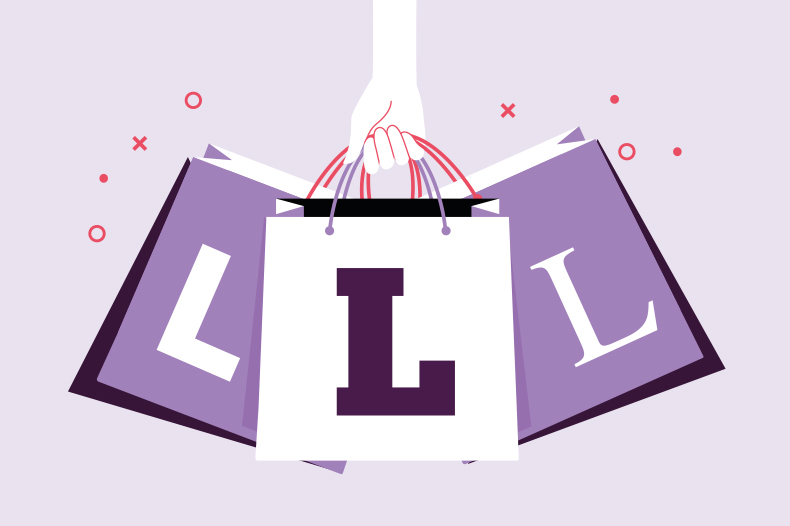 Lululemon Athletica Canada Inc. (LLL) has been partially successful in its opposition against LULULION, albeit that the EUIPO’s own error resulted in a revocation of the original, wider opposition decision.

LLL opposed on the basis of EUTMR Articles 8(1)(b), likelihood of confusion, and 8(5), reputation. The earlier rights relied upon were LLL’s EU trade mark registration No. 2304848 in classes 18, 25 and 27 and the EU designation of international registration No. 1086102 in class 35, both for LULULEMON. However, the Article 8(5) ground was later withdrawn by LLL in its observations of 1st April 2020.

LLL also included the German, French, Irish, Benelux, Swedish and Danish designations of international registration No. 1086102 in class 35 and the EU designation of international registration No. 1086103 for LULULEMON ATHLETICA in class 35 in the notice of opposition. However, the EUIPO did not assess the likelihood of confusion in respect of these marks on the basis that the marks covered the same or a narrower scope of goods and services, such that the outcome of the decision would have been the same and therefore assessment was unnecessary.

In reviewing the contested goods, the EUIPO held that a number of the opposed class 18 goods were either identical or similar, on the basis that the similar goods have the same purpose and usually coincide in producer, relevant public and distribution channels. However, it noted that there were a number of dissimilar goods in class 18, including inter alia “collars for animals; leather thread; parasols; umbrellas”. The EUIPO found that such goods had nothing in common with LLL’s goods and services, noting that: “In particular, they have clearly different purposes, methods of use, distribution channels, relevant publics and producers. In addition, they are not complementary or in competition”.

This view was also taken in respect of the opposed class 22 goods, despite LLL arguing that such goods were similar to “bags”. The EUIPO held that “similarity cannot be found between the opponent’s bags and the several contested bags and sacks for packaging, storage and transport. These products belong to completely different markets (ie, that of fashion against the packaging of goods) and have different method of use, relevant publics and producers.”

When assessing the opposed class 28 goods, the EUIPO specifically referred to the fact that there is a low degree of similarity between retail services concerning specific goods and other specific similar or highly similar goods. This is due to the close connection between the goods on the market from the perspective of the consumer. In particular, consumers are used to seeing similar goods offered for sale in the same store, and they are often of interest to the same consumer. Accordingly, a number of the goods in class 28, such as inter alia “bait (artificial fishing); balls for games; golf bags; water wings”, were held to be similar to a low degree to LLL’s “retail store services featuring athletic equipment” in class 35. However, the remaining class 28 goods, such as inter alia “air pistols [toys]; kites; stuffed toys”, were found to be dissimilar.

Moving on to the assessment of the marks, LULULEMON versus LULULION, the EUIPO held that the marks were visually and phonetically similar to a high degree due to the identical “LULUL_ON” elements. Given that the marks have no conceptual meaning, assessment on that basis was not possible, but that would not affect the similarity of the marks in any case.

The EUIPO found that, “taking all the above into account, the Opposition Division considers that the differences between the signs are not sufficient to outweigh the assessed similarities between them. Consequently, the relevant public, when encountering the signs in relation to identical or at least similar goods and services, are likely to think that they come from the same undertaking or from economically linked undertakings”.

However, the EUIPO informed the parties on 2nd February 2021 that it intended to revoke this decision as it contained an “obvious error attributable to the Office”. In this regard, while the dictum of the decision stated that all goods in class 18 were refused, the body of the decision held that some goods in class 18 were in fact dissimilar to LLL’s, as discussed above. Therefore, these dissimilar class 18 goods should not have been refused.

The parties were given until 7th March 2021 to respond to the EUIPO’s intention to revoke but declined to do so. Accordingly, the 2020 decision was revoked and replaced with a corrected decision on 23rd March 2021. In this decision, the opposed application was rejected in respect of the similar class 18 goods, as well as the similar class 28 goods previously listed in the original decision.

The reasoning behind the decision remained the same. The parties were instructed to bear their own costs and were given until 23rd May 2021 to appeal. It appears no appeal has been lodged.

This case is a reminder that you should not rely solely on the dictum of a case, and that you must always review the reasoning behind the decision. Further, unless all the rights relied upon add to an opposition, the EUIPO will likely not review such rights. However, it is always important to include your relevant rights from the outset, as these can always be withdrawn at a later date if not required, or the EUIPO can choose not to assess them.