How Unilever successfully stopped someone from registering a similar trade mark in relation to ice cream and similar goods and services. 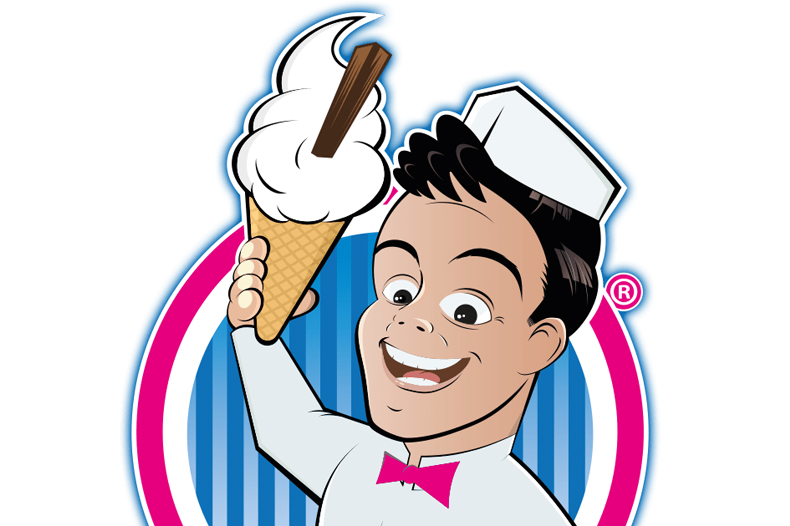 Unilever had to prove it had been using its trade mark ‘Mr. Whippy’ in an opposition to prevent a trade mark application, which included the same words from being registered in relation to ice cream and other similar goods and services.

In March 2018, Michael Corrado Jackson and Sajid Javed (the applicants) applied to register a logo incorporating the words MR. WHIPPY as a trade mark in the UK.

Unilever Plc (the opponent) successfully opposed the trade mark application in part, relying on the grounds that their earlier trade mark for MR WHIPPY was similar to the applicant’s trade mark and that there existed a likelihood of confusion.

As the opponent had relied on trade marks which had been on the register for more than 5 years, it was necessary to prove that the marks relied upon, MR WHIPPY and WHIPPY had been used in the UK in relation to the goods covered by their registrations.

Notwithstanding weaknesses in the evidence filed by the opponent, the Hearing Officer was satisfied that evidence of genuine use had been shown for the MR WHIPPY registration.

The applicants appealed this decision, claiming that the Hearing Officer incorrectly applied the law on genuine use, and had she applied the law correctly in relation to the evidence, the opposition would have failed.

In trade mark oppositions, where the opponent’s earlier mark has been registered for more than five years, applicants can request “proof of use” in respect of the goods covered by the registration which are relied upon in the opposition.

The opponent relied on its earlier registrations for the marks MR. WHIPPY and WHIPPY, both of which had been registered for more than five years and were required to prove use of these marks in relation to the goods relied upon, including ice-cream.

Evidence of genuine use

To prove use of the trade marks, the opponent claimed ice-cream vans operated by third parties throughout the UK, under the agreement, sold MR WHIPPY ice cream. Some agreements were produced in evidence and attention was drawn to key terms in the agreement, including “the operator ensures that the unit is filled with Mr Whippy Soft Mix…” and “To sell Mr Whippy in Volume”. The opponent also provided some photographic evidence showing the use of the MR. WHIPPY mark.

No evidence of genuine use was provided in respect of the opponent’s WHIPPY registration, which is not necessarily fatal as use in differing forms may be acceptable.

Assessment of genuine use

There were gaps in the evidence of use filed and in particular, the applicants questioned the evidence relating to the sales of ice-cream mix, which was not covered by the earlier marks, as opposed to the ice cream itself. The applicants argued that it was not possible to consider whether the opponent’s use of the MR. WHIPPY mark for ice cream was warranted in the sector concerned to create or preserve a market share.

The opponent relied on third party agreements, brochures, point of sale materials and photographic evidence to demonstrate genuine use of MR. WHIPPY in relation to ice cream. The Hearing Officer accepted that genuine use had been shown in relation to “ice-cream mix” and was prepared to accept that third parties purchased the ice-cream mix from the opponent to sell like ice cream under the MR. WHIPPY mark, with the opponent’s consent.

Despite weaknesses in the evidence, notably the lack of evidence of actual sales of ice cream, the Hearing Officer considered that on the balance of probabilities, the MR. WHIPPY mark had been put to genuine use in relation to ice cream.

Turning to the opposition

The opposition decision itself was not surprising. The applicant’s mark was found to be phonetically and conceptually highly similar if not identical to the opponent’s MR. WHIPPY trade mark. Some of the goods and services applied for were considered partially identical and similar to the opponent’s ice cream.

The Hearing Officer concluded that whilst the average consumer was unlikely to mistake one mark for another, consumers would be likely to believe that some of the applicants’ goods and services come from the opponent or from those with an economic link to the opponent, meaning a likelihood of indirect confusion existed.

The opposition was therefore partially successful in preventing the applicant’s trade mark from progressing in respect of identical and similar goods and services.

Appeal to the Appointed Person

Opposition decisions can be appealed to an Appointed Person or the High Court.

The applicants (now the appellants) filed an appeal against part of the decision to the Appointed Person contending that the Hearing Officer had mistakenly applied the law on genuine use.

The Appointed Person rejected the appellants’ argument that the Hearing Officer had incorrectly summarised the key factors to be taken into account to determine genuine use.

Speak to a Chartered Trade Mark Attorney to find out how you can protect your trade mark.