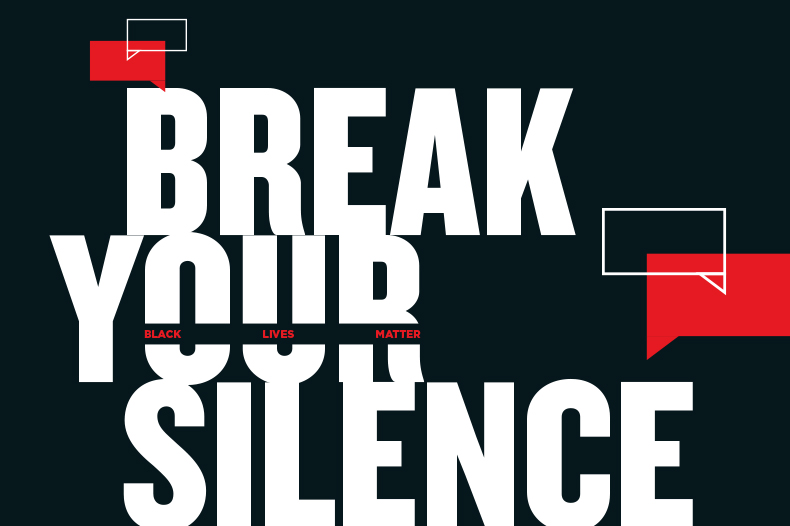 When people see my name or hear my voice, they do not always expect me to look the way I do. “Oh, are you Hannah?” is often said with surprise, when I have turned up for an interview and the interviewer has looked around the room searching for a face other than mine.

There’s probably no malice in that response, but it’s clear that when that person saw my name on an email or heard my voice on the telephone, they didn’t expect a black person to walk through the door. This is often due to a preconception of what others think is a name belonging to a black person, or how black people speak.

There is the naïve presumption from some people that because they don’t hear or see acts of overt racism, this means that racism is no longer prevalent in modern society. George Floyd’s death in the US [attributed to the actions of a Minneapolis police officer] was enough to demonstrate to many that this isn’t the case. Racism is very much alive, and it takes many forms: from the most violent cases of police brutality and murder, to much subtler guises, such as microaggressions or unconscious bias. The latter refers to forms of racism that are not obvious, but that are cumulative and affect the career progression, work environments and mental health of black people.

Microaggressions are comments or actions that are unintentional or subtle forms of discrimination against culturally marginalised groups such as black people and ethnic minorities (so-called “BAME groups”). These microaggressions can take the form of physical actions or verbal comments.

Consider the subject of hair. On countless occasions, I have endured the unwanted touch of hands on my new braids – both inside and outside the workplace. Then there are the constant questions: “How does your hair stay in?” or “Is that all your hair?” This may simply be the curiosity of intrigued colleagues about something different or unfamiliar, but as with anything you are unfamiliar with, the most appropriate thing to do is research. There is plenty of information online about Afro hair if you need to access it, rather than making your colleague feel uncomfortable or like a novelty. It’s hard to imagine a similar response to a white colleague’s haircut or freshly dyed hair, even though that too is different.

Other verbal microaggressions include stereotypical and ignorant comments. For instance, I once had a conversation with someone during which I said I didn’t like coconut. A white colleague responded, “but you’re from a hot country”. Hmm… I’m not sure England gets that hot.

Non-verbal microaggressions can involve passive situations. This could be when a black colleague contributes to a discussion or makes a suggestion and they are ignored or overlooked, but when a white counterpart makes the same point that person receives validation.

Likewise, negative personality traits are sometimes attributed to black people. I’ve seen instances where a white colleague’s forthright behaviour has been perceived as assertive, but the same actions from a black colleague have been deemed aggressive, argumentative or an overreaction.

I’m sure we have all attended at least one diversity training session on the subject of unconscious bias. This involves learned stereotypes and prejudices based on certain groups of people, without a conscious component. And these perceptions can have a significant impact on the recruitment and retention of employees, especially those who are black or members of an ethnic minority.

For example, there is a tendency in the legal profession to consider that the best candidates come from a certain educational background. However, there are plenty of other great candidates who may not have graduated from what is considered to be a top university but who have the right work ethic and a willingness to learn. This type of bias towards a particular educational pathway creates a barrier to entry for those from disadvantaged backgrounds and will disproportionately affect the black community.

Think you would never be biased? If you haven’t already, take a look at the Harvard Implicit Associations test, which includes a test to assess racial bias. The idea behind the test is that you respond as quickly as you can to various questions and prompts to assess the level
of unconscious bias you may have towards people of different origins. It can be an eye-opening experience.

There are a number of other ways to move forward too:

Black lives matter, and they need to matter more than they do now. So I encourage you all to take note of the above and take action – now.