We are proud of our roots and the part we have played in the trade mark legal profession since 1934. 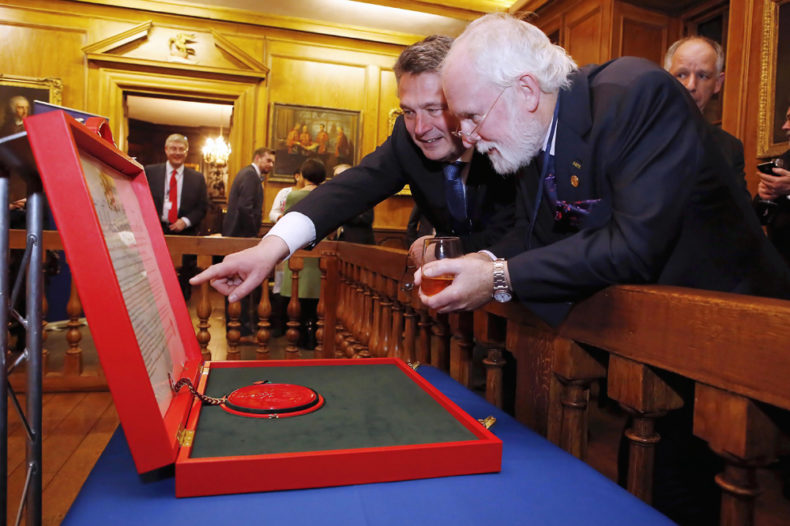 Back in the early 1930s, representatives of the relatively small number of professionals who specialised in trade mark law and practice in the UK got together to consider the formation of a new association to represent their professional interests.

Since incorporation in 1934 ITMA has been representing the trade mark attorney profession as well as being an examining body. One of the first tasks for the 100 or so members of the Institute of Trade Mark Agents, as it was then known, was lobbying for the enactment of the Trade Marks Act 1938.

Fast forward past the Second World War to the 1960s and early 1970s to where the Institute became interested in trade marks in the Common Market. The President of the Board of Trade wrote to the Institute inviting it to join a liaison group whose remit would be to give the Government the profession’s views on proposals by the Common Market countries (before these included the UK) to establish a common system of trade mark registration that would carry rights over the whole territory of the European Economic Community.

In 1969 and again in 1980, reviews for reform of UK trade mark law were submitted to government. These did not produce immediate results, but the first did contribute to the setting up of a review of trade mark law and practice – the Mathys Committee.

Following publication of the “pre-draft of the regulation relating to the Community Trade Mark", hearings were held in Brussels in 1979 to gauge the reaction of industry and the professions to these proposals. ITMA participated fully in these hearings, in association with the only other EU trade mark associations in existence at that time, BMM (Benelux) and APRAM (France).

Persistent lobbying was rewarded on the home front in the mid-1980s and early 1990s when a flow of legislation affecting trade marks and associated rights began to come through. These included a register of qualified attorneys, the extension of legal privilege to their communications, and allowing mixed trade mark and patent partnerships to be set up.

The Trade Marks (Amendment) Act 1984 introduced service mark registration, while the Copyright, Designs and Patents Act 1988 enabled the register to be published in 1992, containing 770 names.

Between 1980 and 1990, the number of applications filed at the UK Intellectual Property Office doubled – a new act meant many other forms of marks could be protected beyond words and names, including shapes and slogans.

Of importance to the profession was a section in the Act specifically authorising use by qualified persons of the term “registered trade mark attorney”. As a reflection of this, the name of the Institute was changed to include the word attorneys in 1998.

In 2000, continuous professional development requirements were introduced as one of several improvements to the education and training of qualified trade mark attorneys. A new educational system began in 2010, with all new entrants to the profession being required to satisfy three components to qualify: a law course, a practice course (both provided by universities) and experience requirements.

When the Legal Services Act 2007 recognised trade mark attorneys as lawyers, the quid pro quo was separation of representational and regulatory functions. Thus was born the Intellectual Property Regulation Board (IPReg).

In 2016 we received a Royal Charter, recognising our position as the pre-eminent body for trade marks and designs in the United Kingdom.

It was at Windsor Castle, at a meeting of the Privy Council that ITMA was granted the Royal Charter on 12th April 2016. This culminated in the Great Seal of the Realm being applied by HM Crown Office in November 2016 and the Royal Charter legally coming into effect.

Since 1934 ITMA, now CITMA, has sought to bring recognition to the work and role of trade mark attorneys, and this is the latest development of the profession.